From Chiclayo, Peru, Nando Chang is a multi-faceted artist sharing experiences along his complex journey. His artistic evolution is reflected through culinary arts as well as through music, like in his new album, Cholito Samurai, available today. (This is part one of a two-part interview.) 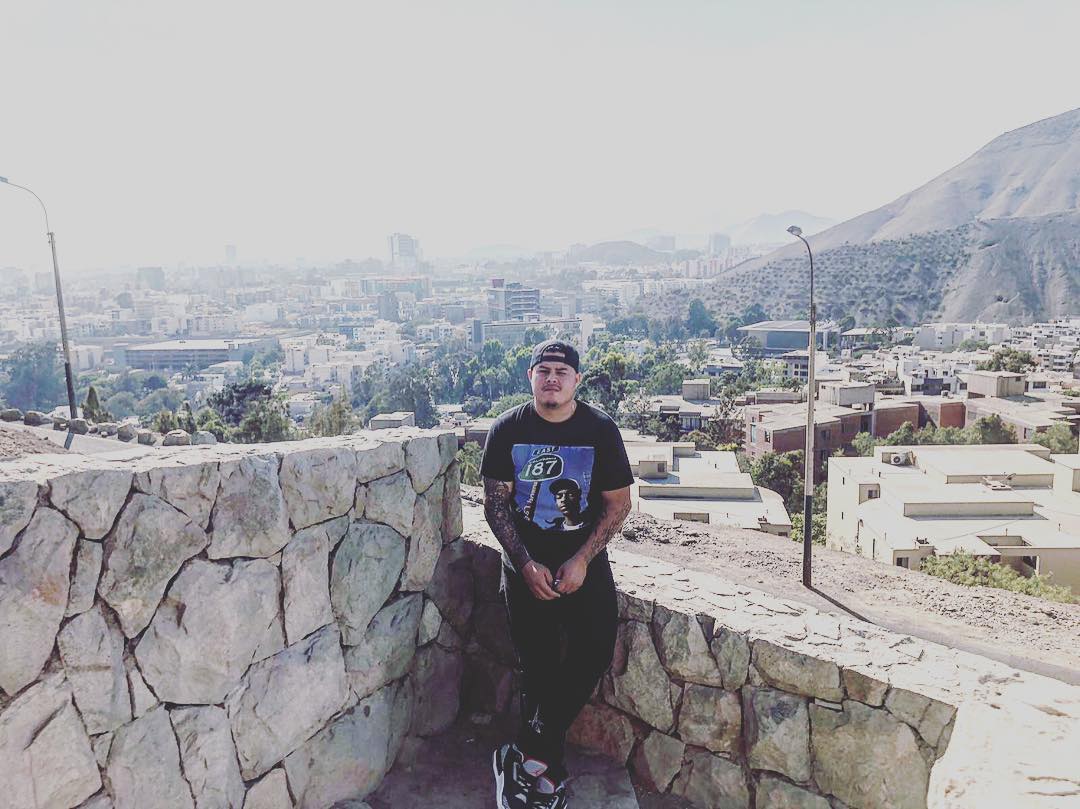 There’s a serene flow in conversation with Nando Chang as he shares details about his current life in Miami as well as his experience growing up in Peru. Based in Miami since the early 2000s, he learned English through hip-hop while also learning about his family’s business in culinary arts.

When he first began working in a kitchen he really enjoyed working with knives and the process of cutting fish. He enjoyed it so much he became accomplished at it quickly soon becoming a fishmonger. Referring to his Peruvian-Chinese culture, Chang’s father would call him a cholito samurai when he watched him mastering his knife work. Currently, Nando Chang enjoys cooking and the ability to create complex flavors influenced by his Peruvian and Chinese roots, revolutionizing, for example, the Nikkei cuisine of his family’s restaurant.

From the dynamic flavors that pop your senses in the Nikkei cuisine of his family’s restaurant to the blast of raw lyricism and dope beats that provoke paying closer attention, Nando Chang is naturally exploring all his artistic possibilities. Currently focused on sharing his music, the rapper’s appreciation for the deep roots of his multifaceted life, in all its contexts, is clearly exemplified in his new recording, Cholito Samurai (Universal/Machete). It’s available today on all digital platforms. 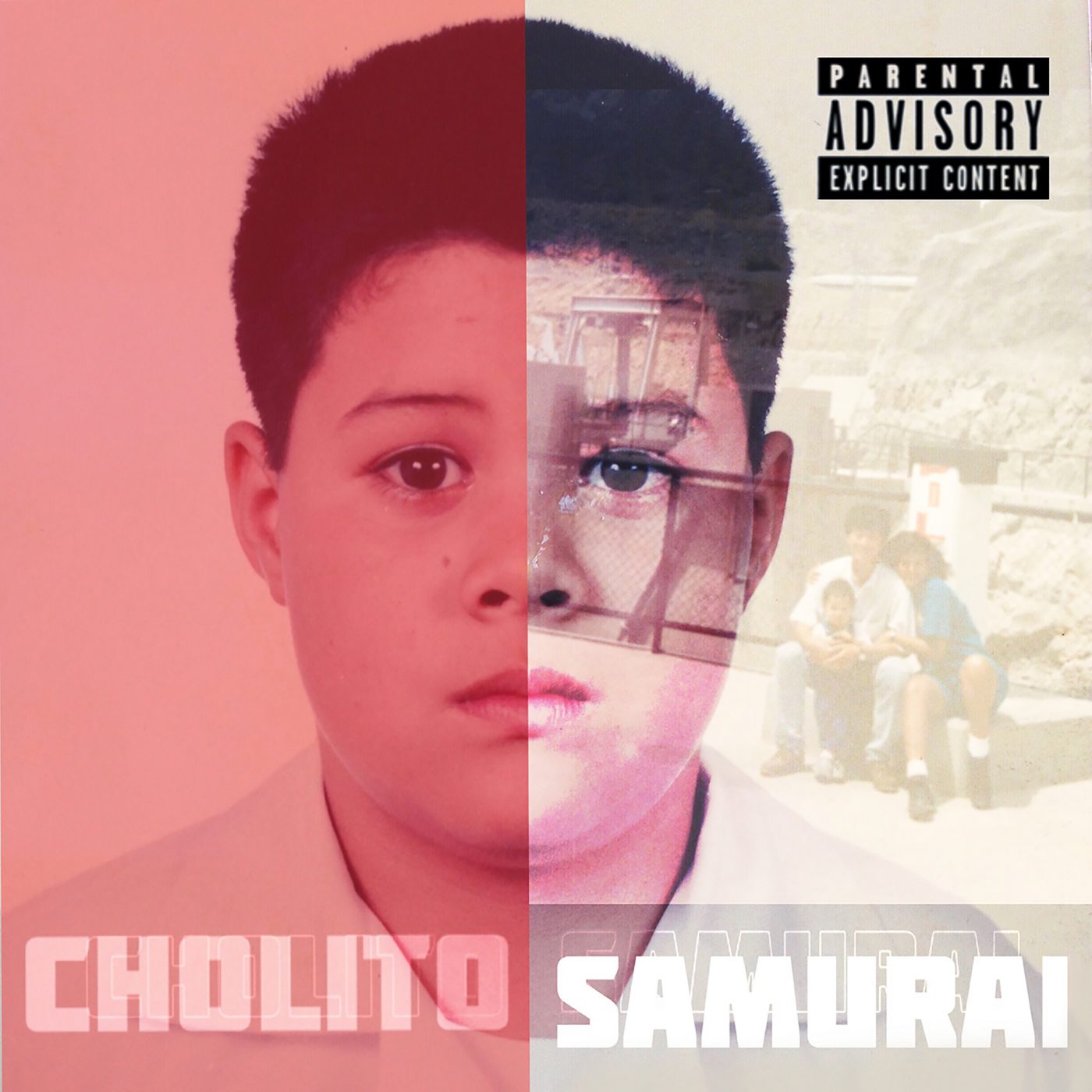 The rapper grew up listening to rap and hip-hop and artists like Delinquent Habits, Big Duke, Psycho Realm and a little bit of Cypress Hill. The classic 90s style sounds, along with that delivery, are expertly manifested in songs like Calle Vida Muerte, a fresh track reminiscent of a Control Machete that grew up in Peru. It’s slick and sassy and you can’t help but love that refreshing sing-along pivot. Pop pop!

On the other hand, in Dicen Que, you will saunter along to traditional percussive beats while the sultry sounds of a Latin trumpet play as if in bounce-along with a (s)lowrider. Que rolita mas finita. The same goes for the dance-floor numbers in Salsa Triste, the quirky combination of electro-pop, son, bolero and rap in Palabras and the delicious layering of everything in Chaski, including its fists-up, fierce ‘Ice Cube’ chorus.

The lyricism on Cholito Samurai delves beyond basics instead expounding on creativity, culture and empowerment all the while denouncing oppression, materialism and colonization. Cholito Samurai is deep without resorting to bait-clicking lyrical cliches or narcissistic melodrama and instead focuses on putting forth some truth, with all its merits and its downfalls, along with tributes in sound for his cultural roots.

Speaking via telephone from Miami, Chang elaborates on what’s happened along the way thus far, including what influences all his artistic endeavors.

Let me start off with something perhaps a bit silly… what does a chef Latino hip-hopero like to eat?
We eat cevichitos! It’s the national dish of my home country. All day, everyday. At least five times a week. My family’s restaurant focuses on Nikkei food, which is Peruvian Japanese.

Do you have your own aji?
Yes we do. One of our most popular sauces is is an aji made with honey rocoto and… some other secret ingredients. We have a dish with aji amarillo and crispy quinoa, it’s very Peruvian.

Okay enough about food let’s talk about your music. Some people might say you give off the vibe of Tego Calderon while another Gozamos contributor referred to your sound as old school hip-hop en espanol estilo Control Machete. What were some of the artists you grew up listening to?
Yeah, you nailed it. Tego, Delinquent Habits, Psycho Realm. I’m a huge fan of Big Duke. One of my favorite MCs of all time. Even a little bit of Cypress Hill.

What are your thoughts on what’s going on in hip-hop now?
Contrary to what others believe, I love the way music has evolved. I think sonically, when it comes to just production, it’s at his highest peak. Young producers are able to really create world-wide state of the art class sounds without investing the type of money that needed to be invested in the studio before. That evens out the playing field.

Obviously, a lot of OGs don’t appreciate that because of that the amount of time it’s taken the older generation. But that’s just the natural step in life and just… growth. I love it. I love the way hip-hop is growing. I love that Latino hip hop is growing as well. I love way trap is going. I support it all. I support every person that is trying to express themselves. Whether I agree with it or not, that’s a personal preference with everybody. I support everyone who is simply and honestly trying to express themselves.

Even with the overuse of auto-tune? (Ha!)
I think we all have the choice to just play next. I’ve always relied on old school music to even out my day, instead of just listening to everything that’s new. I always take time out of the day to listen to a couple of oldies just because it feels good. It feels good to understand our history and be respectful of it.

Your parents immigrated to the US and you were cared for by your Chinese grandmother in Peru. How has this upbringing played a role in your life as an artist?
It’s a major influence. I feel like a lot of the time, when I write, especially in this project in particular, it’s to speak from a perspective of the cholo peruano who doesn’t really have a voice… perhaps like me, a biracial kid of my father, who is third generation Chinese born in Peru. My father’s great grandparents were Chinese and my mother’s side is cholo, straight Peruvian. It always influences me because when I was a kid I was able to feel that uncomfortable feeling that society has when it refers to its indigenous history and how we treat indigenous people.

I can definitely say that growing up in Peru I saw a kind of prejudice by its people to its own people. It’s separated now by class. I mean, literally I’ve seen cholos that are a generation away from the Andes – because most people when they’re growing up in la sierra and they want to look for a better life they go to the coast or the capital because there are bigger cities there – getting confused, forgetting how to appreciate their roots even though they’re two generations away from where they grew up. It’s not a lot but this makes people feel different in how we treat each other and how we refer to each other culturally. It make us very insecure to say and be able to be okay to say, “I’m cholo, I’m Peruano, I’m Serrano, soy de la selva, soy Chino-Peruano.”

It’s very odd. It’s very weird but it’s definitely something I speak up about. I have friends from both sides of the spectrum.  I know people that grew up in houses made of adobe y paja in water who were doing okay, who have family here, and it’s always weird to hear some friends who don’t want to hang out with other friends because of where they live. I’m like, we live in the same place. We go to the same school! But because they come from a different background they won’t necessarily choose to socialize outside their circle. It’s really ridiculous because everyone is poor! It’s crabs in a bucket mentality.

Does that upset you or make you angry?
Does it make me angry? No it doesn’t make me angry. It’s one of those things that when I come back home Peruvians don’t like to talk about… just, like for example, drug habits, it’s just something that’s there, it’s part of that society, but everybody wants to act like it’s not there.

It’s kind of like in America when we talk about police brutality over the last couple years, we talk about the same thing. We’ve all known. We see it and we’ve seen it if you grew up in this country you know how minorities are treated, we know. You don’t know have to explain it but people don’t like to talk about. It’s just how it is.

Now, can you imagine in an advanced society like the US where we have all these issues and all these things still trying to be worked out… now imagine the same but psychological issues in a country that’s not even a third as advanced.

How do you process all that?
I do what I do by giving myself and my family and the people that care about about each other, as an entrepreneur. I feel I help by hiring young hispanic people to help further their career. That’s how I see myself doing my changes by living with my truth. And I support everyone that’s like me that has come to this country and has the same dream to reach some type of success. 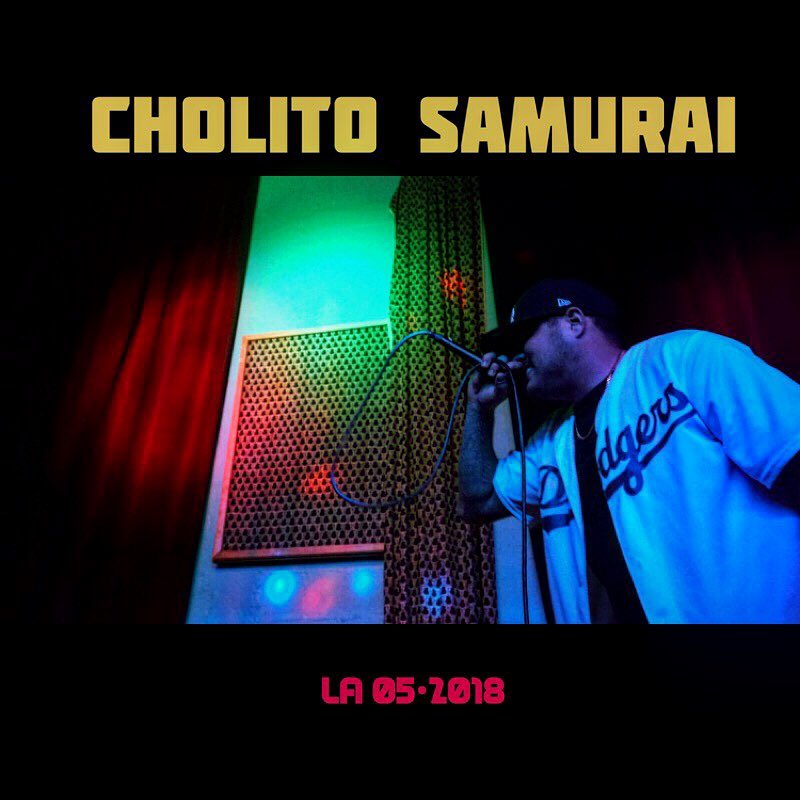 Stay tuned for Part 2 of this interview. With help by Jean Marc Lavoie.