In response to Donald Trump’s most recent Twitter tirade.

After Hurricane Harvey dragged itself across southeast Texas, rescue efforts across the States immediately sprang to action. In Chicago, for example, there were numerous donation drives throughout the city. But now, nearly two months since that, the Houston Chronicle recently revealed that “as everyone trying to rebuild lives in the wake of Hurricane Harvey know, our work here in the Houston area has barely begun.”

“Barely begun.” Although this is disheartening news, unfortunately, it’s only become worse. None of us were prepared for the quick follow up by Harvey’s followers who came in aiming hard and heavy causing major damage in the Caribbean and specifically Puerto Rico. It’s been almost three weeks and most of the island is still without power.

In addition to Mother Nature’s forces, a terrorist among us by the name of Stephen Paddock decided to murder dozens of innocent people in Las Vegas.  If that weren’t enough, wildfires in California have now caused dozens of deaths, destroying thousands of homes and businesses.

And, in the midst of this all, the person at the helm in the White House, the person in charge of supporting his citizens, has instead inhumanely downplayed the loss of life and the catastrophic effects this has caused for his citizens, specifically in Puerto Rico. Just today, Donald Trump inhumanely announced via his personal Twitter, “We cannot keep FEMA, the Military & the First Responders, who have been amazing (under the most difficult circumstances) in P.R. forever!”

A hearty “Pffft!” to that, we say. WE can and we will continue to help our brothers and sisters. WE can and we WILL continue to show support no matter how long it takes. And despite how much more damage this presidency tries to bring upon communities of color, it only reinforces the bonds among us and has outstretched to many others. Our persistence makes us stronger, which makes us able to accomplish the things that this country’s leaders refuse to help with or acknowledge.

“The grotesque callousness of Trump’s tweets will be obvious to anyone who sees Puerto Ricans as human beings.” New York Magazine

As we realize the severity of the destructive forces operating against us, we simply do more… and that’s exactly what’s happening. Fundraisers are now being organized for Mexico, Puerto Rico, the Caribbean, Florida and northern California.

In Los Angeles, one of Latin indie music’s most vocal voices, Phoebe Smolin, together with a bunch of artists you may well know, helped organize Vecinos, a series of live-streamed pop up showcases all over the US created to help with the earthquakes in Mexico and Hurricane Maria. In Chicago, Carolina Sanchez led our hometown version with a pop up at Circus Studio which raised nearly $1K in aid to Oaxaca. Another Chicago version of Vecinos will take place again later this month with donations going to Puerto Rico. 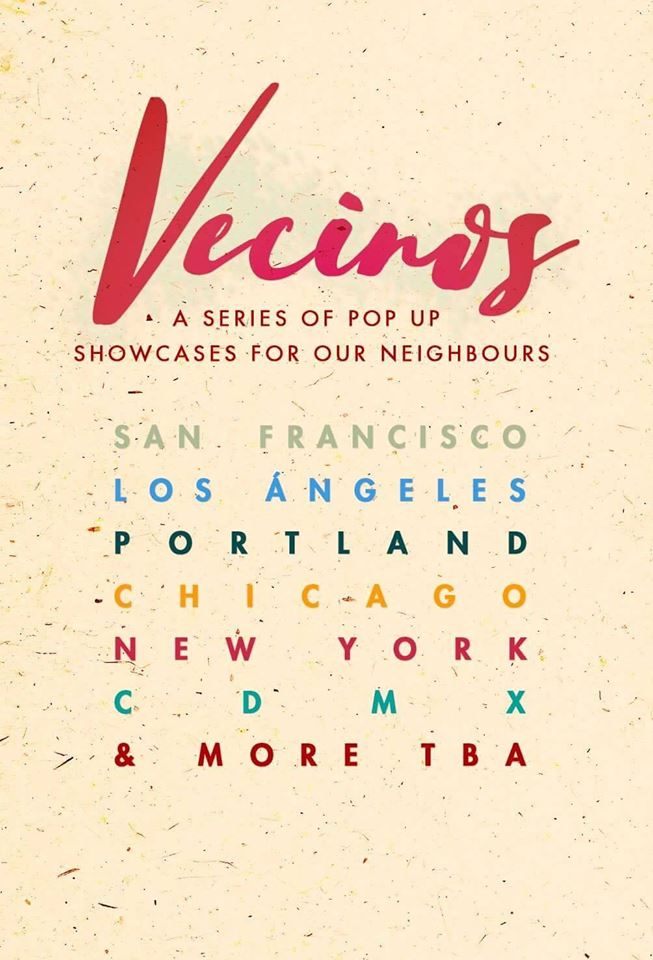 More from Chicacgo: Segundo Ruiz Belvis, Casa Puertoriqueña, Faith, Life and Hope Mission (directed by Fr. Jose Landaverde) and The Dojo, among dozens of others institutions and organizations, are accepting donations and moving aid as quickly as possible. It hasn’t stopped and it won’t stop.

This Friday, musicians from Kelroy, Subele, Maladicto and The Ponderers, along with vocalist and singer-songwriter Lester Rey, have joined forces to produce a fundraising showcase at The Dojo for Mexico and Puerto Rico. Event details here. Elastic Arts is hosting a similar event on the city’s northside. 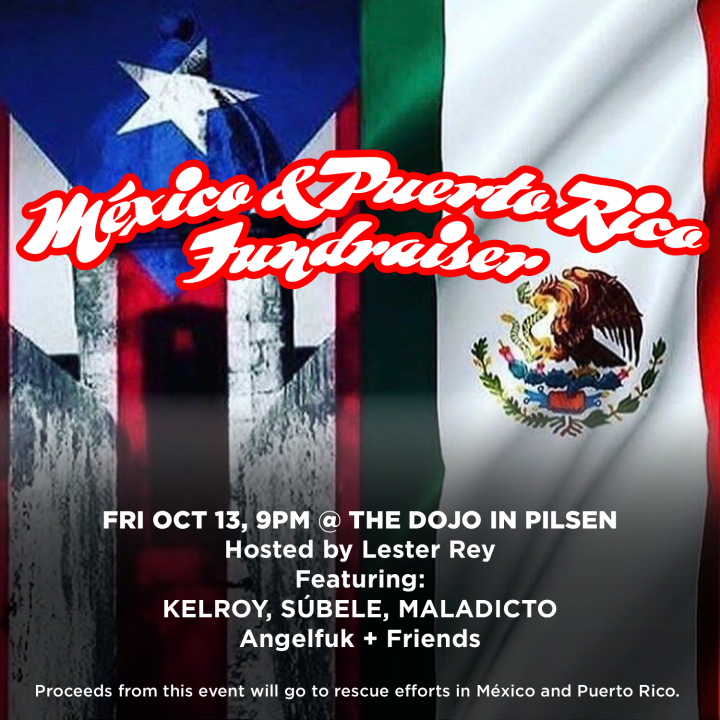 On Saturday, Pachanka Culture is hosting another event at Hairpin Arts Center with part of its cover going to rescue efforts as well. The showcase forms part of the month-long series, LATINxARTS, which is closing with this special event.

If you are organizing continued relief efforts, whatever your medium, please let us know. Send an email with details to hola @ gozamos dot com or leave us a message on our FB.

THANK YOU ALL who have been graciously donating and volunteering. Let’s keep this going.