TONIGHT it’s going down at our new Gózalo event, a monthly celebration of culture + community at our homebase, Cultura in Pilsen! Gozamos is all about art + activism, and what better way to celebrate than with a night dedicated to THE 5 ELEMENTS OF HIP HOP! Check out the artists that will be taking the stage tonight! Don’t miss out! Get your tickets online!

On his music spirit animal: “An eagle. Because of its majesty, its freedom to soar through our highest atmospheres. Or a lion, because it acts the way it thinks. It’s not the fastest, biggest, smartest but when it sees an elephant, it sees lunch. It doesn’t see defeat.”

On when he knew music was his calling: “Since I was in the womb beating along to my mother’s heartbeat. I came out dancing, using the umbilical chord.”

On his connection to music: “It consumes; it controls me. It possesses me. It changes my mood, my entire day. It influences my thoughts, my actions. It’s a part of me; if the music dies I die; it continues to live and so do I.” 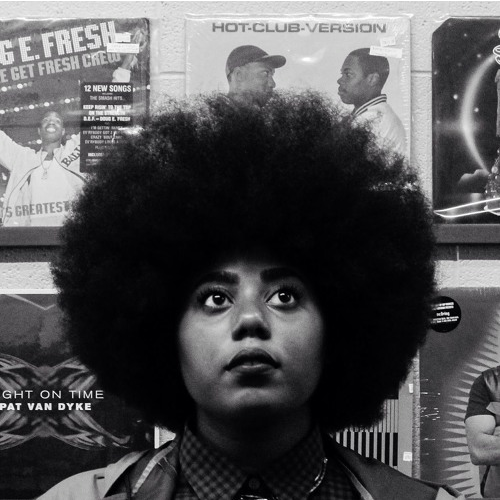 On the message in her music: “Through my music I want to say it’s okay to be human but also okay to not use that as an excuse to not be the best version of yourself you can possibly be. That’s how I would describe my melancholy streams of consciousness. Hip hop culture in itself influences how I choose to use my influence. The world is in such a fragile state, one of the defining moments of our progression is becoming an artist’s freedom of expression versus how it will influence others. I just want to spread light. But I’m human.”

On the roles their cultures play in their music: “We are all about cultural unity between the black and brown struggle. We can crack jokes and whatnot but it’s important to not separate each other and we want to be a real representation of what that unity can look like. Get away from the whack shit, killing each other. We want to have fun, enjoy our cultures together.”

On their connection to music: “Takes all my money, my time. Makes me feel achieved, fulfilled, like I’m actually contributing. I will spend my last 10 dollars on studio time. I do it all for the music. I’ll eat ramen for the rest of my life before giving up on it.”

“For me, I grew up around hip hop with young parents who were into Ice Cube,  NWA, Public Enemy–all that good 90s stuff. If I’m not creating it, I’m listening to it. It’s a center point I gotta come back to at all times.”

On the first words that come to mind when they hear “Kanye West”:  “Chicago and Crazy. Kanye is a crazy Chicagoan. We meet Kanyes all the time: pompous, arrogant, but driven and focused. Superiority meets fragility.”

When you can catch them next: May 6th @ Two Brothers Roundhouse event

On his biggest influence: “My little man, although he’s more of an inspiration. But influences it varies. I wasn’t straight rock or hip hop. Sublime was the best combination of all those things for me. Or Eminem–that Marshall Mathers LP; he can write, he can flow. But I also grew into the underground hip hop scene: Atmosphere, MF DOOM.”

On his connection to music: “It keeps me from choking people, meaning it’s a release. If it’s been a few days since I’ve tried to make a beat or write, I just get tense and irritable, not fun to be around.”

On what else he’d do if it weren’t music: “Painting or tattoos.”