The Adventures of Robin Hood opened this past weekend in Chicago and it runs through November 24 at Adventure Stage Chicago (1012 N. Noble Street). This timeless tale about a hero fighting for the poor is presented on stage as a comedy for the modern, young audience. Playwright Oliver Emanuel, based out of Scotland, wrote the script in a non-traditional fashion.

In this version of The Adventures of Robin Hood, all the characters are played by only three actors. When I first found this out and before I actually went to see the play, I was skeptical of how this would work but I kept an open mind and went to see it. 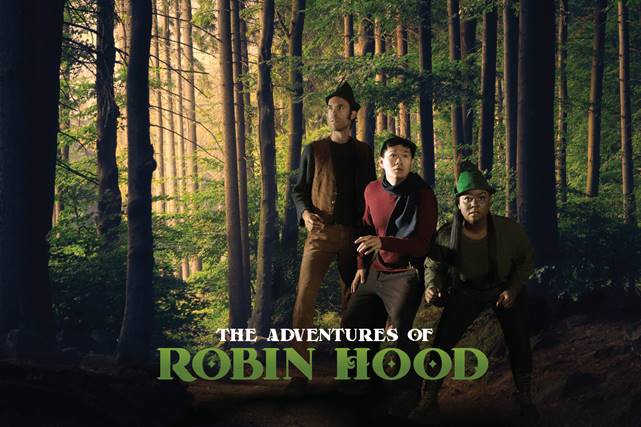 The theatre itself is very small but just the right size to take your children and not overwhelm them. It is welcoming and doesn’t feel crowded so everyone has a good view of the stage. The stage itself is small and has a screen at the top translating the play to Spanish.

The story does not deviate from the original story of Robin Hood as we know it.  It sticks to the basics in that it’s about a thief who steals from the rich to give to the poor. His infamous clad of merry men and the princess Marion is also there to help him. And let us not forget the infamous Sheriff of Nottingham who wants nothing more than to capture Robin Hood. There is something more to this play, however, than just a story about a hero. It draws attention to social issues such as hunger, good and evil, and performing good deeds. 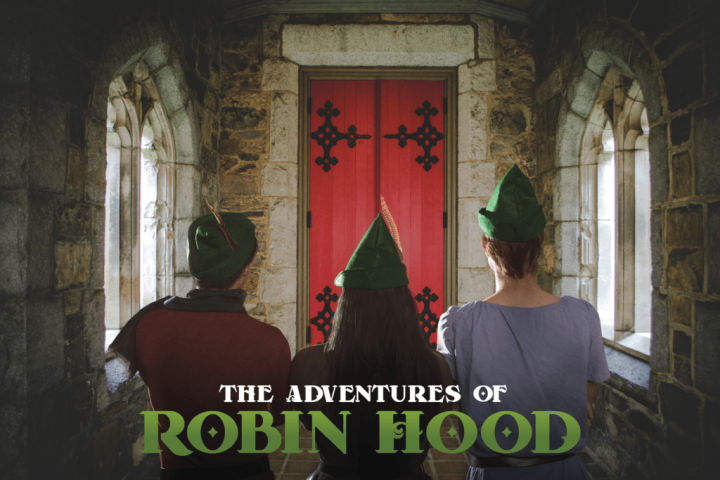 Because I got there early, I had some time to sit and look around me. With limited props, costume changes and only three actors, the play proved to be amusing, entertaining, and full of action. Watching the actors change swiftly from one personality to another, one character to another, was impressive. The acting is executed beautifully and so delightful that you can’t help but hang on to every word. It captivated me and took me back in time to a younger me, in love with this hero.

In The Adventures of Robin Hood there is dancing, music, puppetry and action to capture your every sense. At the end of the play there are snacks, drinks, and an opportunity to mingle with the actors.

Tickets are affordable so if you are looking for something to do now that it’s cold, grab your little ones and introduce them to this timeless hero.