Appearing on Saturday Night Live as both the host and musical guest wasn’t even the highlight of Donald Glover’s weekend. The show had its moments for sure, but none that matched the intense magnitude of his latest video release for This is America, a musical moment that reminded us that Donald Glover represents exactly what we need to move society in the right direction. The envelope has been pushed. The bar has again been risen.

Instead of knee-jerk reactions to images set forth in his latest provocative video, let’s take a look at the meanings behind the art of Childish Gambino and the uncomfortable truths that the song and video unearths in its presentation. Disclaimer: if you’re not ready to talk about the subject matter, then you don’t deserve to listen to and enjoy the music anymore. You can’t bob your head to the beat while weaving a web of injustice. You can’t “celebrate” Cinco de Mayo while slashing DACA. You can’t dress up in Native American costumes and root for teams with offensive logos while allowing the DAPL to exist. You can’t keep patronizing cultures while demonizing them as a people. Come correct or don’t come at all, because as it stands you don’t deserve this hero.

A commentary on mainstream’s (read: white people) picking and choosing when and where to celebrate (sometimes mock) black culture over music that usually doesn’t lend itself to such lyrical power creates a moment of clarity among the video’s scenes of chaos. The lyrics  paired with the scenes point out that if it benefits white people by providing entertainment (dating back to minstrel shows, etc.), they’re into it. But if it dare threaten white supremacy, then they’re chasing those very same black people and frequently killing them, both literally and figuratively through character assassinations and discreditation. This dichotomy is brilliantly symbolized by Gambino running for his life at the end of the video.

If you listen to the lyrics, it’s heavy subject matter aplenty, but it’s presented with him dancing and smiling. This playful criminal oozing with charisma is not a new character in our collective psyche, but Gambino makes it his own throughout the video. Representative of our cute little infatuation with guns, violence, the 2nd amendment, and desensitization to ultra-violent images and actual happenings, Gambino makes himself available and vulnerable to America.

Casting himself simultaneously the observer and the protagonist allows for the work to capture the rhythm and tone of particular paths through American neighborhoods. These minuets and scenes created throughout America are not fabricated. These are things that are truly happening. Guns are being drawn. People are hopeful. People are dancing. People are getting shot in churches while the chorus sings. This IS America, and until we face these issues with actual solutions in our backpockets, this disgusting history will keep on repeating itself…until, Universe forbid, they get worse.

Actual experiences associated with the makeup of this country and world are on full display, but the distraction technique also makes a predominant appearance, leading me to wonder how and why we aren’t exploring these issues more and wondering what the president tweeted less. Gambino acts as the distractor while simultaneously  detracting from the notion that anyone controls the narrative but us. That’s hero’s work, my friends.

Who are your heroes? What have you bought into? 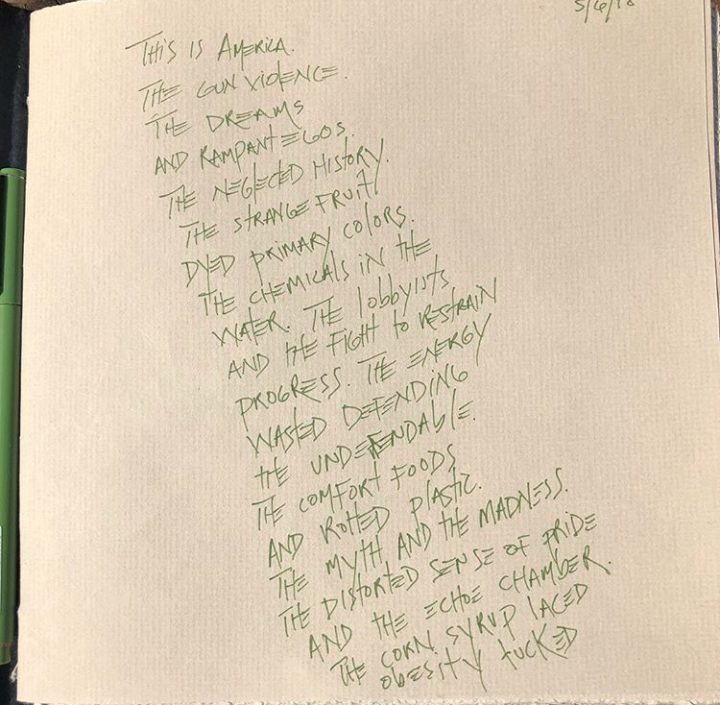 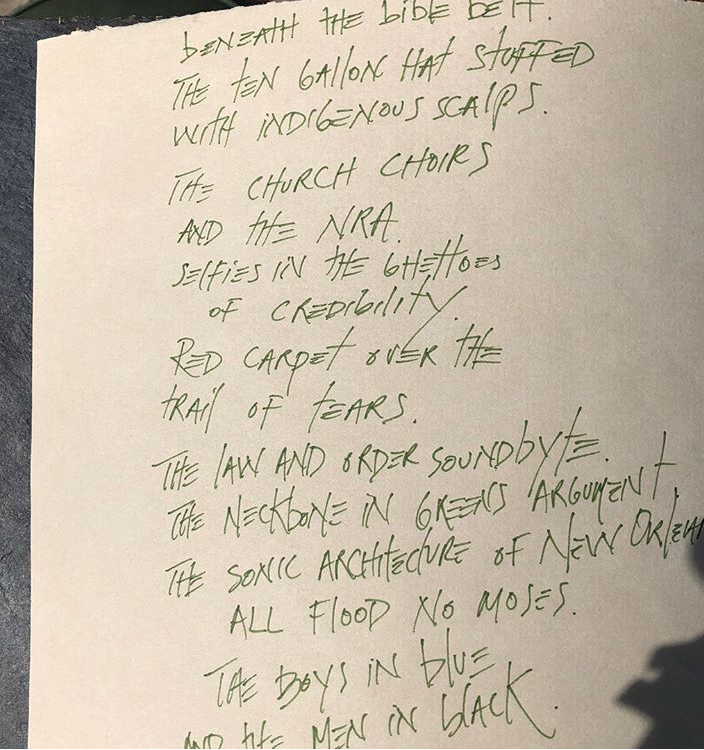