The Green’s Marching Orders has impressively debuted at #1 on the Billboard Reggae Chart and reached another charting milestone as the album hit #15 on Billboard’s Independent Release and # 62 on Billboard’s Top 200 Sales Chart. The Green, as part of the 2018 Winter Tour, along with Sammy Johnson will be performing live in Chicago this Friday, Jan. 19th at Concord Music Hall.  Tickets are available here. 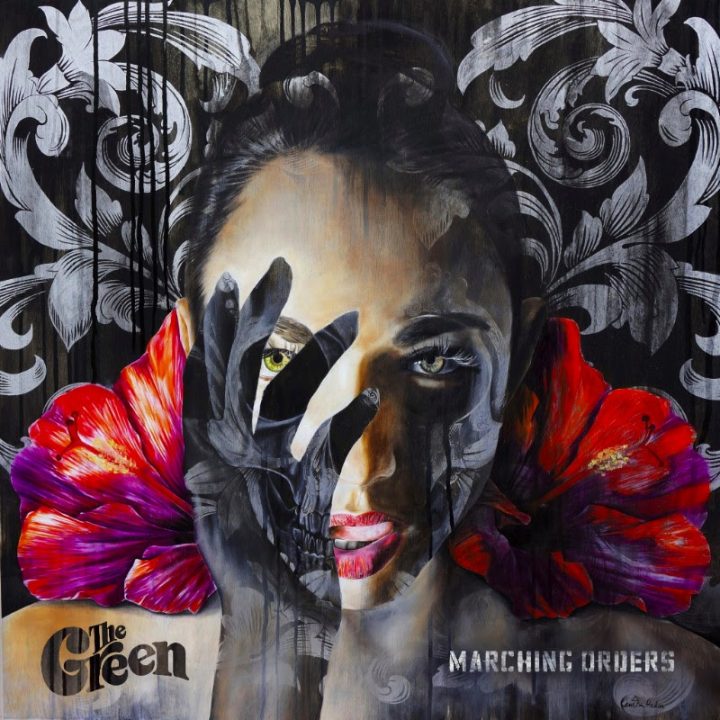 Marching Orders is the band’s fourth studio album and their third album to claim the #1 spot on the Billboard Reggae Chart and their highest charting album on the Top 200.

Before The Green, no Hawaii-based reggae band had crossed over to the mainland and become one of the biggest bands in the genre. No Hawaii-based reggae band had been able to deliver radio-friendly pop hits, inspiring anthems, and drum-and-bass heavy reggae grooves inspired by foundational bands like Aswad and Steel Pulse. The Green has accomplished all of this and much more in their groundbreaking career, and now have gone even further with Marching Orders.

Mostly recorded on the island of Oahu, Marching Orders was produced by The Green along with longtime friends and collaborators Christian Mochizuki (Justin Bieber, Kayne West, Jay-Z) and Leslie Ludiazo (J Boog, Hot Rain). A full house of talented singers and songwriters – the band’s founding core of Caleb Keolanui (vocals), Zion Thompson (guitar, vocals), JP Kennedy(guitar, vocals), Ikaika Antone (keys, vocals), and Brad Watanabe (bass, vocals), along with drummer Jordan Espinoza – created a collaborative mentality and allowed for new material to flow abundantly. The songwriting sessions produced a ton of strong new material that, as usual, is hard to pin down to one style or feel, except to classify it as “Green music.”

The new album has 14 songs and  full of collaborations, including multiple songs co-written and producedwith Brian Fennell (Ryan Tedder, One Republic, The Fray, Third Eye Blind), as well as guest appearances by Grammy-nominees J Boog and Eric Rachmany (Rebelution), Jamaican dancehall superstar Busy Signal, and island music veterans Fiji and The Mana’o Company. Also, the new album features the band’s first female vocalist as the main harmony, Riya Davis, you can hear her harmonies on the tracks “Foolish Love” and “You’ve Been Crying.”

The Green will support the release with a nationwide tour in January/February 2018, with support from Sammy J, Leilani Wolfgramm, and Jesse Royal (on select dates). Dates below.

“Stylistically, The Green merges roots reggae with elements of rock,pop and R&B, along with established Hawaiian flavors. The mixture produces an innovative, imaginative sound rife with palpable energy.” – The Huffington Post