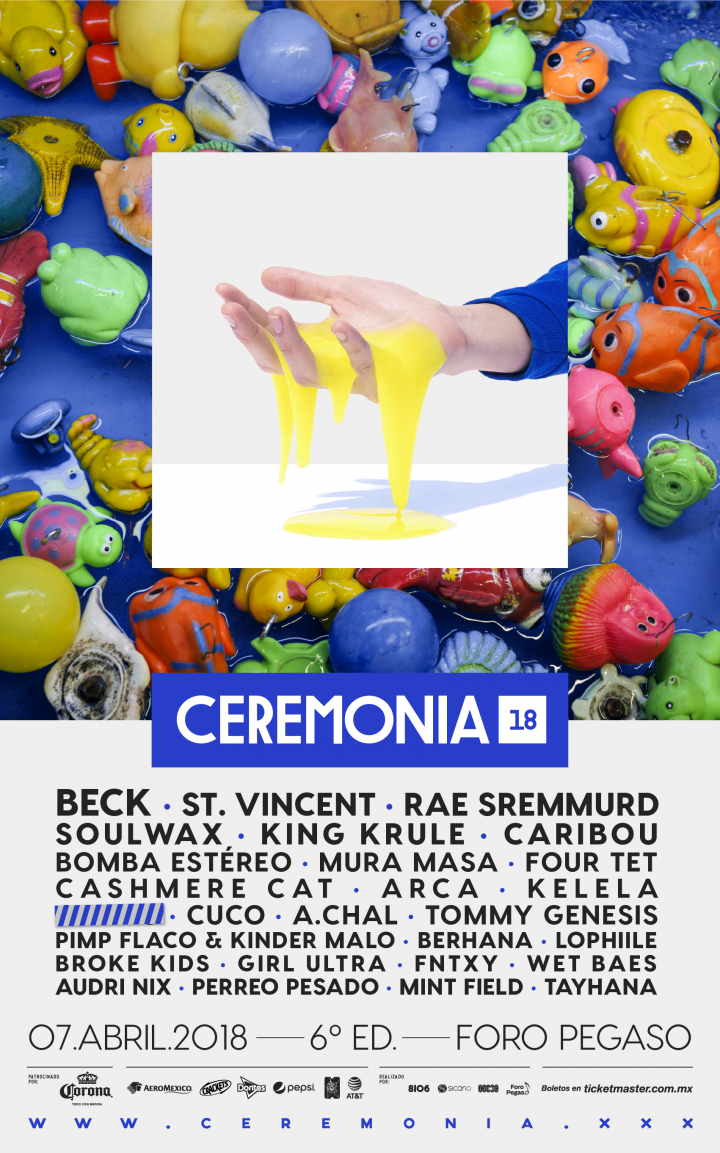 “Consistent with the idea of creating a curated platform for artists to showcase projects in which music styles range from Hip-Hop, Urban, Alternative/Indie Rock in addition to a wide spectrum of electronic sounds, Ceremonia consistently defines itself through the festival´s ability to transcend and question genres while maintaining diversity as its core purpose.

Recently we have come to witness a radical cultural polarization of society. For us it’s clear that the path to solve this cultural clash has to be led through acceptance, diversity, freedom of expression, environmental consciousness and all those other forward-thinking positions that have made our world a better place.

This is why this year Ceremonia is expanding itself as a collaborative platform that invites creative collectives that represent Mexico’s emerging cultural and artistic diversity.

Traición is one of the projects that will be part of Ceremonia in 2018.

Traición is a platform that uses music, performance art and all of the different expression from the Queer movement to create unique events in Mexico and other cultural capitals around the world such as San Francisco, L.A. and Berlin.

This initiative is furthermore illustrated through art direction of the festival this year. A collaboration of Mexican artists such as PJ Roundtree, Emilio Valdez & David Franco; creatively directed by Alberto Bustamante, Monse Castera, Yego Muñoz and Diego Jimenez Labora.

This year’s art direction was inspired by the overlap of the different artists’ perspectives on Mexico City’s urban reality, with highly processed studio photographs. The result is a collage that brings the festival’s narrative dimension to a unique and culturally representative space. As in previous editions, the execution and development was led by Despacho Durango, the festival’s lead design studio from Mexico City.

Ceremonia 2018 sets a new standard for a festival that combines the musical curatorship that has been celebrating musical diversity throughout all of the festival’s editions with the expressiveness represented by Mexico City’s creative youth. 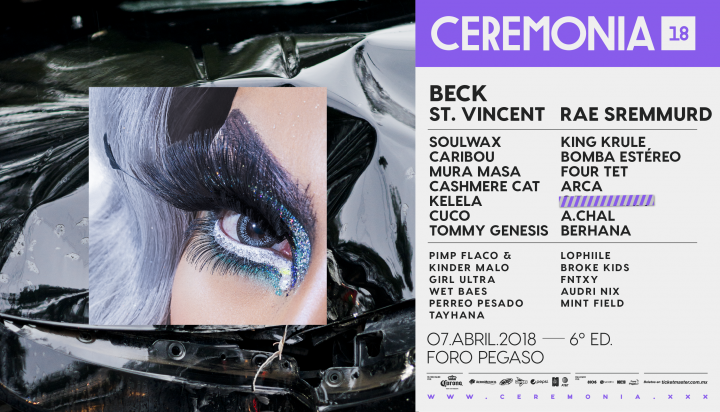 This year’s art direction was inspired by the space where Ceremonia has developed. We were looking for a graphic ID that crystallizes the aesthetics of where we live and what we see on every street-corner in Mexico City.  Inspired by our daily surroundings, most recently the city´s creative youth has transformed our environment as the main source for honest content creation. This is the reason why the festival´s 2018 artwork features objects and activities that can be found within everyday life in Mexico City.

Mexico has particularly inspired our creative process as it represents the co-existence of so many different possibilities and circumstances; its wide range of contexts enrich a unique culture that can be difficult to express and understand. Ceremonia as a festival seeks to capture this perspective- celebrating our reality, our diversity, and the genuineness of everyday life in Mexico City.

Ceremonia´s 2018 artwork was made in collaboration with fashion/advertisement photographer, David Franco who with more than 20 years of trajectory has been a key figure in Mexico’s visual language. Recognized for both his artistic sensibility and his impressive ability in photo-retouching, Franco added his surreal and digital touch to the festival´s imagery.

PJ Rountree was the photographer and artist that created the production design for the campaign. His fascination for Mexico City’s streets has led him to open a photoshop in the legendary downtown Lagunilla Flea-Market, as well as establishing him as an authority in documenting the city’s present. Textures, landscapes, urban findings, and personalities are some of his many recurrent themes. This year Franco´s photos are incorporated into the festival´s campaign collages, being responsible for the image and retouched objects as well.

Emilio Valdés is recognized by his work as a cinematographer, artist and photographer. His name can as easily be found within a contemporary art exhibition or the credits for a movie or documentary. Some of his images that capture details and textures of Mexico City can be found in Ceremonia’s collages.

Monse Castera, with over a decade of experience in the editorial world, has managed to position herself as one of the main promoters of design, art and youth culture in Mexico. The core of her career has consisted in content-creation in formats ranging from writing, to design-experience. The narrative structure of our campaign was defined by her artistic proposal.

Since Ceremonia´s inception, Despacho Durango has been the design studio in charge of the festival´s identity.  The collaborative effort is led by Yego Muñoz, founding member of the studio.

Traición is a Queer Culture collective born mid-2015 in Mexico City. Since then, it has become an emblamatic reference for the local artistic community as a platform for promoting music, performance art & illustration particularly from both  Mexican and international artists.

Traición lives through the shared experience of a multidisciplinary monthly event in which the celebration of diverse sexuality is experienced through a combination of music, performance art and artistic expression.

Traditionally a Sunday afternoon affair –from 4:00 pm till midnight–, the event explores all of the different spaces that a city has to offer: from bars and clubs to museums and art galleries.

For more information about Traición: @traiciondf

Our bootleg tent is back with the third edition this 2018 under a street market concept, where different DJs and artists from Mexico City will be performing and giving a really good dance set for those persons who like to enjoy something different while at the festival.”