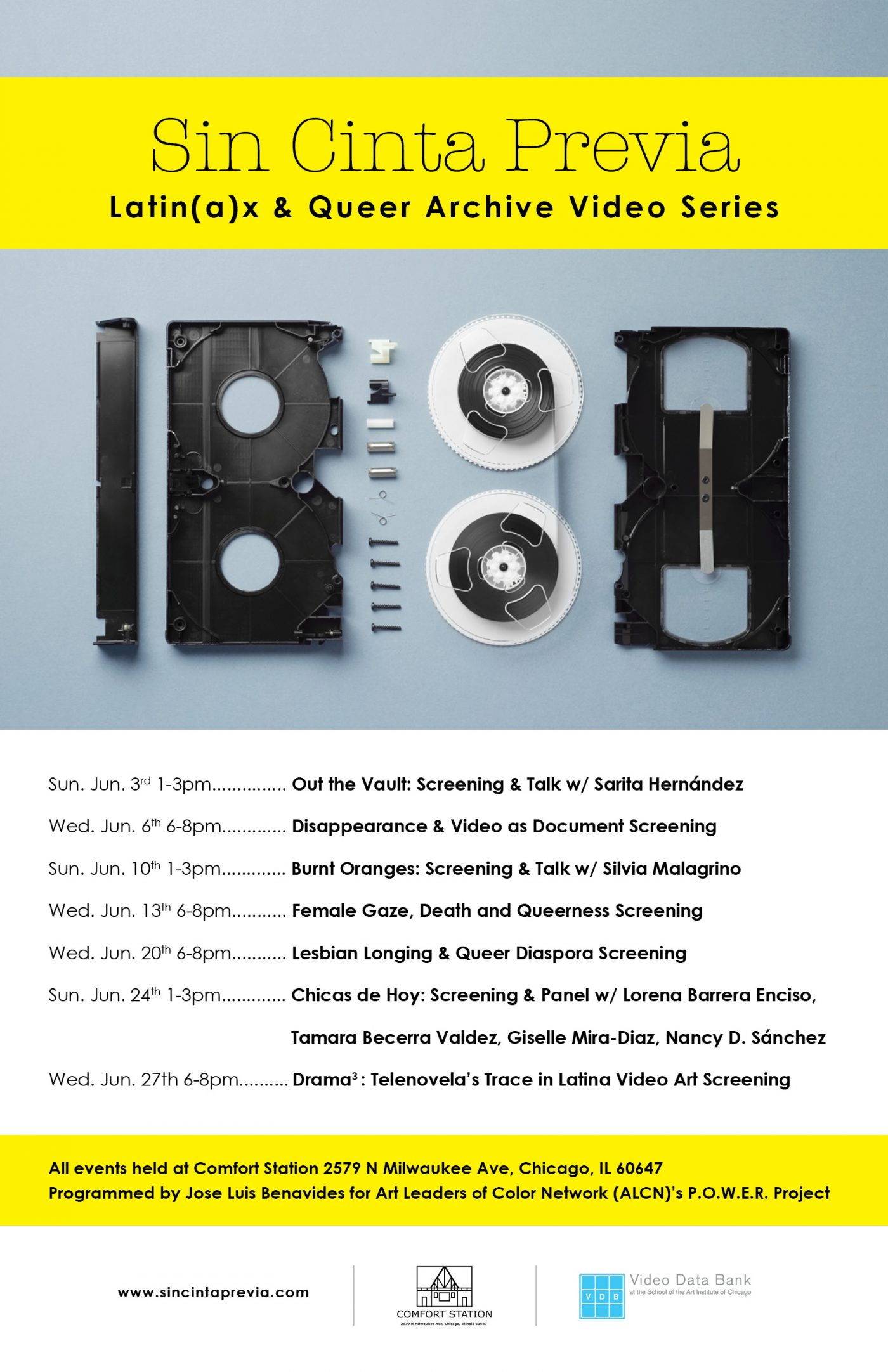 These educational screenings and discussions programmed by Jose Luis Benavides as part of the Art Leaders of Color Network’s The POWER Project. All events will be held at Comfort Station (2579 N. Milwaukee Avenue). More information and full Sin Cinta Previa schedule at www.sincintaprevia.com.

About the programmer:
Jose Luis Benavides came to curate this program through investigations into the story of his single, working-class mother’s resilience and defiance. His mother growing up in Chicago as a lesbian and migrant buy fast propecia from Mexico City. His mother was institutionalized in Chicago during the mid-1970s for being a lesbian and distraught teen. In the midst of completing an experimental documentary telling her story, Benavides came to collect and investigate the works of various Latina video artists and filmmakers, piecing together the idea and links for Sin Cinta Previa.