One of the city’s most culturally rich neighborhoods will be on full display at the 8th annual Pilsen Fest, August 18th and 19th.  The popular arts and music festival located along four blocks of Blue Island reflects the unified spirit and creative talents of its eclectic community.  Pilsen Fest 2018 aims to expose its anticipated 60,000-plus attendees to the deep pool of cultural artistry and Latino heritage that exists in Pilsen and the surrounding area with a blend of award-winning live music, local cuisine, cutting-edge art, enlightening children’s activities, and handcrafted goods.  The outdoor street party also promotes cultural literacy and health and wellbeing through key partners like the bilingual magazine El BeiSMan and the Pilsen Community Market. 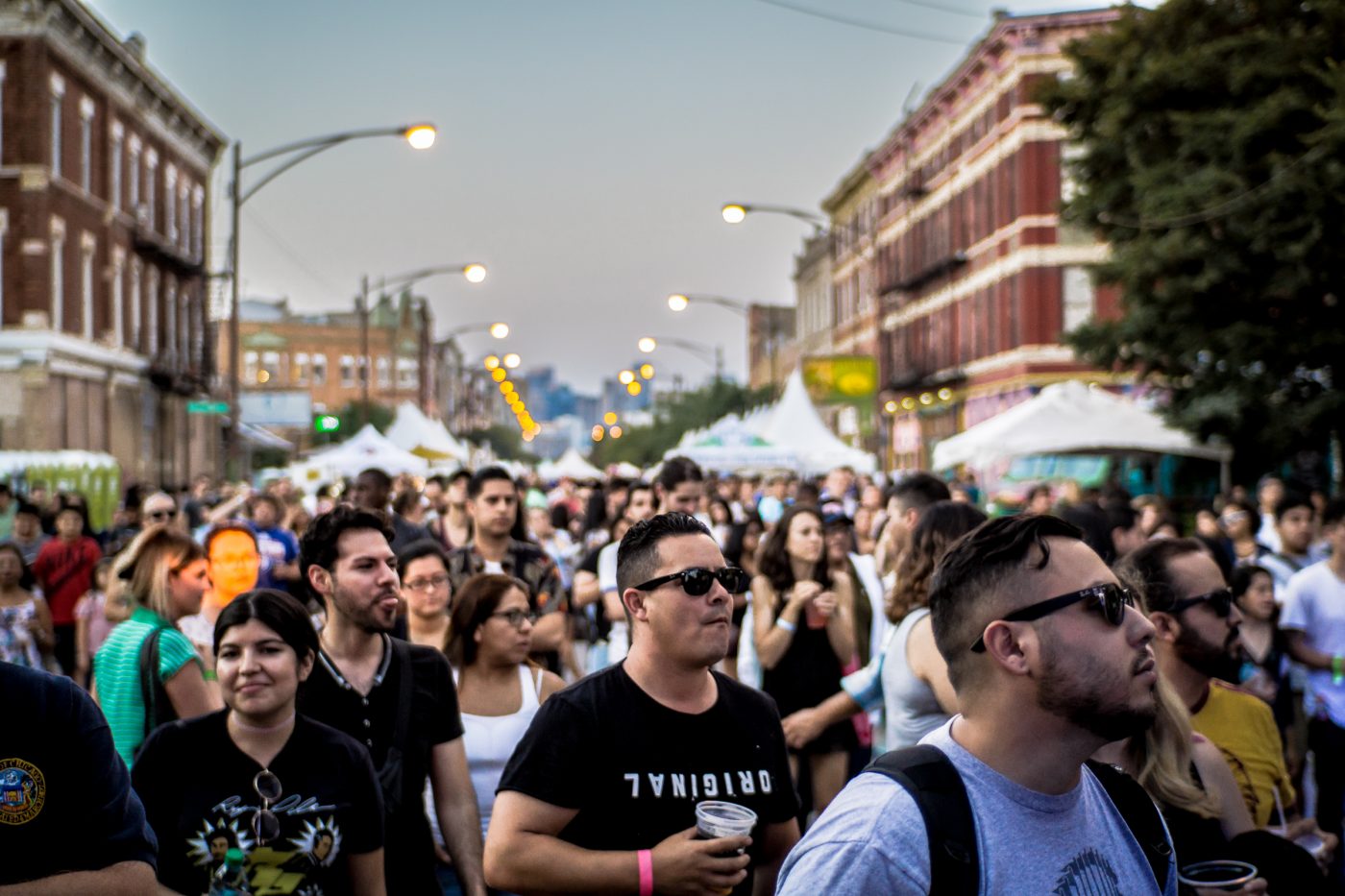 Pilsen Fest offers a vast array of musical genres and styles on three stages headlined annually by Grammy winning and Latin Grammy winning acts.  The 2018 edition also gives local singers, songwriters, bands, soloists – and now DJ’s – an opportunity to compete each week (at Simone’s) for a spot in the Pilsen Fest music lineup (registration forms for The Battle 2018 are available on pilsenfestchicago.com).  Today, organizers announced this year’s wave one headliners (more to be named in subsequent release. Contact grimaldipr@gmail.com for more bio info or photos on any of the acts below):

Inspired by the artistic zeal of Pilsen, one of Chicago’s most underappreciated art scenes, art is also a central focus at Pilsen Fest.  Like the music, the Art Pavilion is always one of the main attractions, featuring the artwork of some of the Pilsen area’s most prominent local visual artist.  In addition to over 40 local arts and crafts vendors, Pilsen Fest’s featured artists this year include (contact grimaldipr@gmail.com for more bio info on any of the artists below):

One of the ways Pilsen Fest promotes cultural literacy is through a live poetry exhibition called The Spoken Word.  Each night right before the headliner’s set, local accomplished writers take to the main stage to recite their profound works.  Saturday’s featured artist, who will be presented with Pilsen Fest’s 2018 José Revueltas Award for Literature, is Raúl Dorantes – a resident playwright of Colectvio El Pozo.  Dorantes is credited with nine original works presented by Colectivo El Pozo since 2009, staging Spanish-language original theater works that capture the reality of immigrants in Chicago.

On Sunday night, T (Tee Muñoz), non-binary, queer, brown, poet and visual artists, will take the stage. They use their art as a form of resistance and protest, and hope their work causes audiences to reflect on how the uncomfortable realities of marginalized people can be lived through it all.  According to T, while calling for action is essential, being able to be aware and breathe through pain is the first step.

Empowering children to embrace their cultural identity in fun and artistic ways is one of Pilsen Fest’s main objectives.  There are many opportunities this year for kids to partake, including (contact grimaldipr@gmail.com for more info on any of the areas below):

Founded in 1989, the Knight Moves Chess Club has been nationally recognized as one of the Top Fifty Library Programs for Young Adults by the American Library Association.  The club, which meets every week at the Rudy Lozano Branch of the Chicago Public Library, has produced many city, state and national champions ranging in age from kindergarten to high school.  Knight Moves Chess Club members will be on hand at Pilsen Fest to take on all comers.

For the last 20 years, as a writer, director, and producer, Patricia Carlos Dominguez has written and produced original works of Children’s Theater.  She also designs and presents numerous workshops, based on the culture and traditions of Mexico and Latin America, to children, teachers, and parents.  At Pilsen Fest, Patricia will host a special activity for kids based on the Monarch Butterfly’s annual migration to Mexico.

Art Workshops by the National Museum of Mexican Art

The National Museum of Mexican Art offers children (ages 4-12) and families the opportunity to learn about art and culture through art workshops. Class themes are tied to the permanent and temporary exhibitions and integrate culture into the learning experience.  At Pilsen Fest, the NSMA will host educational arts and crafts stations for kids to learn and be inspired.

Performing in kid’s area at Pilsen Fest 2018 will be Radim Vojtek and Martin Deyl, long-time friends who perform together in a cymbalom ensemble.  Radim’s first achievement came at the age of eleven, when he received the most outstanding talent award from the Czech Radio Foundation at a music festival for blind children.  A few years later, the young visually-impaired violinist won the main prize in the Youth and Bohuslav Martinů National Competition.

Other areas of children’s programming at Pilsen Fest 2018 include Azteca Dance and Music Classes.  More info on these topics will be revealed in subsequent release.