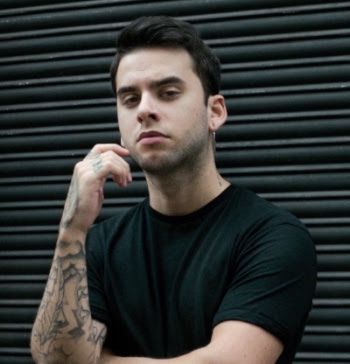 Read more about this new venture and release…

YOUNG, aka Jorge Gonzalez Villar, was born in 1994 in the Canary Islands. As a teenager, he let his interest in Hip-Hop guide him in recording several tracks in the privacy of his room. After a few years of experimenting musically, YOUNG uploaded a track to a social media platform, where the song quickly went viral and reached over a million streams. This marked the beginning to several viral successes.

Frank “El Médico” says, “A wise man once told me, record labels should be no more than a bullhorn for great music. I feel this new partnership with Nacional Records puts a bullhorn in our hands, and we are about get loud!”

Listed among Billboard’s “Top 50 Indie Labels,” Nacional Records has amassed over 80 Grammy and Latin Grammy awards and nominations. With a nod to left-of-center sounds, Nacional’s roster crosses a variety of genres and has released
a number of Billboard-charting albums.

La Clinica Records was founded by Frank “El Médico” Rodriguez. In the midst of a career built on helping many others achieve their hits. Frank decided that there was a gap that needed filling. The label’s focus has been on global bass, trap, moombahton, dembow, baile funk, and Latin EDM. It’s a space that has allowed Frank El Médico to discover talent all over the world from Latin America, Mexico, Spain, to Russia and Japan.