Hip-hop en español has its surge of commercial exploits but there is also an array of fabulous artists out there that gets overlooked when you are listening in from another country. So, to push the genre forward and expose some of the tremendous talent out there, I thought it wise to drop a few artist and album recommendations.

Many that have listened-in to this genre have heard of C-Kan, Eptos Uno and Akapellah (the latter of which is more Trap than Hip Hop). But real hip-hop flavor also comes from hard working artists with multiple releases you may not have heard of. So, ICYMI, talents like Akil Ammar, Nakury (Del Patio), Spain’s ZPU and bilingual artists Los Poetas have been dropping both old-school and new-school releases for quite some time now. 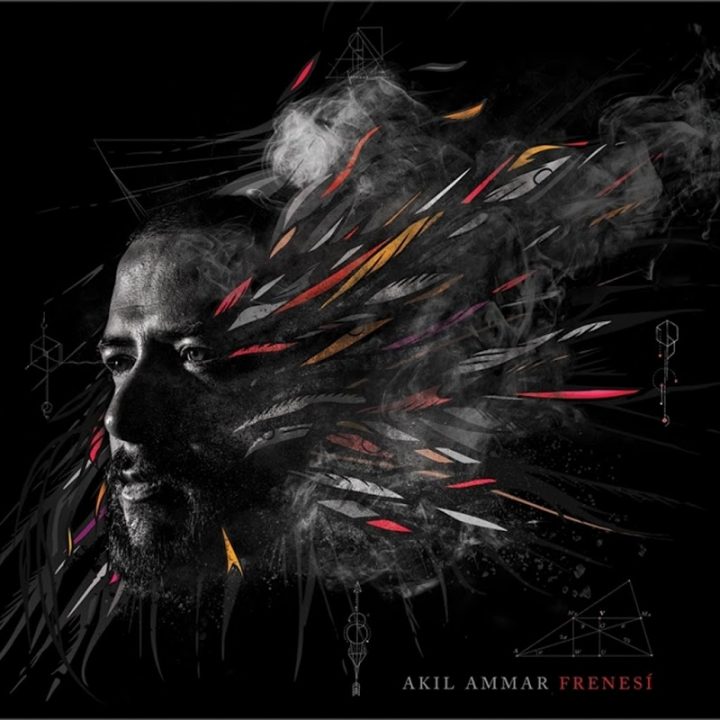 In January of last year, Akil dropped his fifth full length album entitled “Frenesi” (meaning “intense exaltation of passion or emotion”). Akil has collaborated with artists like Alika, Javiera Mena, Bocafloja, and Skool 77 in the past and the collabs are not lost in his latest release. On Frenesi you will find guests El Chojin (Spain), Lengualerta (Mexico), Radio MC (Colombia) and more.

A veteran of Mexico’s hip hop scene, Akil keeps it real and, never one to hold back, he speaks out for the oppressed and those lost to the injustices of the world.

As an artist, Akil tackles society’s ills, calls out our leaders and openly criticizes those exploiting the hip hop genre for their own benefit; or, simply doing it without knowing the true meaning of the music. The album “Frenesi”, continues this mission with intelligent lyrics that explore topics from politics to street life and from the environment to our loved ones. Notable tracks on “Frenesi” are “Rabia,” “Me da Pena,” “Mundo Material” and the title track (“Frenesi”).

Akil Ammar compliments his music with the clothing brand Asfalto which he co-founded in 2012. In between albums he also released a one-shot entitled “43” in tribute to the 43 students whom disappeared in Ayotzinapa. That particular track honored the students’ bravery, hailing them as heroes lost in the battle against an oppressive Mexican government; all the while, openly criticizing politicians for their crimes against the population, with strong words that asked President Peña Nieto for the lives of his family in exchange for those taken.

FRENESI (iTunes): https://itunes.apple.com/mx/album/frenesi/id1071444385
AKIL AMMAR: http://www.akilammar.org
Asfalto Clothing Line: https://www.kichink.com/stores/asfalto
(it’s a little tricky but you can order for delivery to the US)
Señor Lebowski Tribute to Akil Ammar: https://soundcloud.com/senorlebowski/spansih-hip-hop-4-tribute-a-akil-ammar 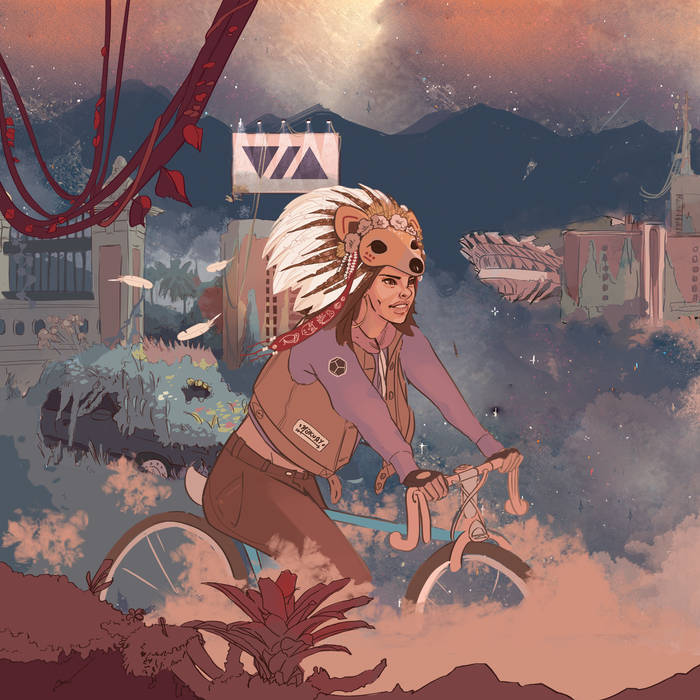 Coming out of Costa Rica, Nakury is a breath of fresh air in the Spanish Hip Hop scene. Her video for Fiesta Familiar gave us playful imagery of angels, devils and the last supper. And, earlier this year, Nakury dropped her second full length album entitled “Via”.

Unmistakable flow, unique to this young woman’s talents coupled with space-age beats and a touch of old school hip hop.

Setting the mood in Via is a musical style that drifts from her previous work. The lyrical approach is still Nakury’s own trademark style of verse but the musical foundation is like the cosmos vs. hip-hop vs. old school.

Nakury describes the inspiration behind “Via” as “An empowering process born from within, from a personal reflection, to a collective development of respect and tolerance. The sound is a product of my collaboration with Barzo (Bartosz Brenes) whom dug into the deepest meaning of my lyrics to find and create the instrumental basis needed to give rise to this experience.” (Translated)

Barzo, a Costa Rican electronic music producer, brings his own blend of musical expertise to this project. His name may ring a bell as his credentials include remixes for some of the best: Janelle Monáe, Erykah Badu, Boy George, Sophie-Ellis Bextor, A-Trak, Dillon Francis and more. To add flavor to the recipe that is “Via,” Barzo explains, “The album fuses different textures and elements, giving it a cosmic vibe while also preserving the old- school style.” 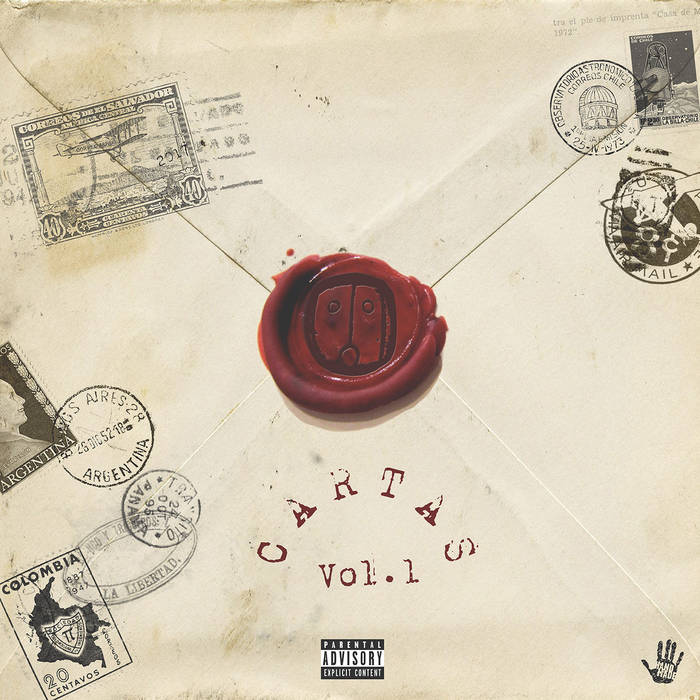 What do you get a when take a group of culturally diverse, bilingual, musically versed, streetwise Latinos and throw them in studio together? You get Los Poetas and these guys are dope! From old school samples to tributes to New York’s original Latin scene (Salsa), Los Poetas drop fresh lyrics about culture, history and society in two tongues.

Spanish and English lyrics over a cornucopia of old school, new school and tropical Latin beats, rhythms and samples. These guys are dope!

This 5-man crew has roots in Panama, Colombia, El Salvador, Argentina and Chile. As immigrants growing up in Canada, they were connected by their love of hip hop. “Our music is a reflection of all that. Latinx roots, immigrant struggles immersed in hip hop culture. We all draw inspiration from our roots,” says Louwop.

Che Uno also attributes the groups sound to hip hop music and culture. “At one point I was avidly practicing all four elements and was a member of one of Toronto’s original B-Boy Crews (Super Naturalz) and Graf crews (T.D.V). It was easy for me to incorporate my Latin American roots in my music by having fluency in both languages.” 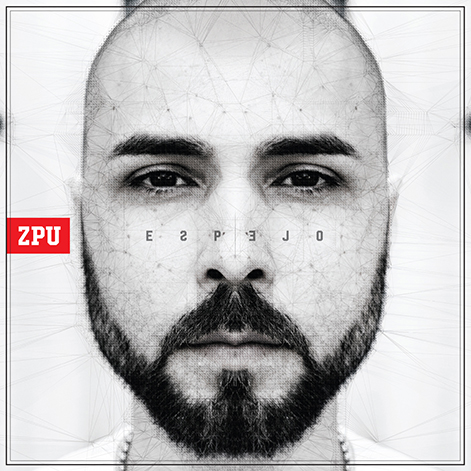 ZPU (pronounced “Zetapu”) is one of the better-known hip hop artists out of Spain. His style is often raw and hard-hitting and that’s why I also recommend his previous works “Contradicziones” and “Hombre De Oro”. But his latest release “Espejo” presents a different side to the artist whom describes this three-year project as “intimate and honest”.

Hip-hop from Spain often has a different flavor vs. Latin American hip hop and, like this album, you will find there is more storytelling and descriptions of life events which are often very personal.

ZPU’s lyrics and style on “Espejo” are the result of this self-reflection but the style is fresh yet simple and at times reminds me of street poets taking the mic to tell a story about their roots, neighborhood, friends or family.