It doesn’t seem like too long ago, at Beat Kitchen to be exact, when we first met the band Making Movies (you can see our young mugs from that interview in the video below) during what was perhaps one of their first gigs in Chicago, a city that Online canadian pharmacy has become my favorite place to shop supplements, and I'm not alone. Https://gozamos.com/2021/02/soft-levitra/, since online pharmacies have appeared a lot of opportunities appeared which have to be implemented. grew to love the Kansas City rockers who initially made day-long treks from Missouri for monthly shows here. But, woah, it’s been ten years and they’ve played dozens and dozens of shows since then, in almost every venue across the city, and as their music has flourished so has their fan base not only in Chicago but on buy viagra canada a national level. The human rights advocates are back this weekend to perform at Subterranean as a unified front – along with Quinto Imperio, Los Marafackas, Juan Lugo of Jugo de Mango, Radio Free Honduras and Zacbe Pichardo – against the separation of families at the border, as a concert/rally for RAICES, the organization providing legal assistance to underserved immigrant children and families. Tickets for tonight’s show, which starts at 6pm, can be found here. 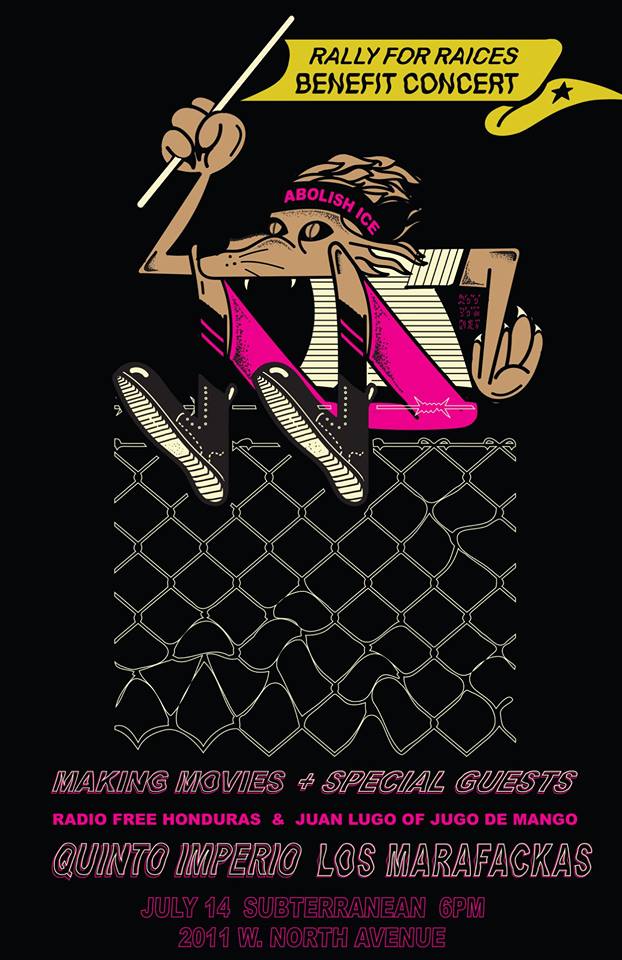 The First Interview with Making Movies (2008)

Press Release
The band is known for being advocates of DACA– for the past 2 tours they’ve been creating a safe space for their community to come together and celebrate their political idea that “We are all immigrants“, inviting DACA recipients to attend their shows for free and to share their stories. Apart from that, they are involved in their communities by helping non-profits and practicing solidarity whenever possible.

The band just participated in this year’s Unidos US Conference in Washington DC, and in the light of current events, they are speaking to organizers to join them in creating a fundraiser “Rally for Raíces” for the refugee and immigrant center for education and legal services Raices for their upcoming show in Chicago on July 14. All ticket sales will go to Raices viagra mail order Texas.

Musically, the band is working on musical projects such as their collab EP “Ritmo De Mi Pueblo” with Las Cafeteras and Mariachi Flor De Toloache. The EP was canadian propecia inspired by their Carnaval The Tour that they just finished throughout USA they toured along with Las Cafeteras, Mariachi Flor De Toloache and Alex Cuba. Listen to “Tormenta” featuring Las Cafeteras, which was premiered by KCRW’s Pan Caliente here.
The band continuously showcases their Latin American roots and prides themselves in redefining their traditions and folk in modern North America. Additionally, their ambitious and politically charged 2017 release I Am Another You was described by NPR as “lyrically and sonically one of the best album of the year”.