“Hot Revolution“ drops April 25 and the genius behind the EP, Bumbac Joe, will celebrate the debut of these fiery Afro-Peruvian dance rhythms with a sweat-inducing set for CumbiaSazo this Saturday, April 25 at Double Door. RSVP here. 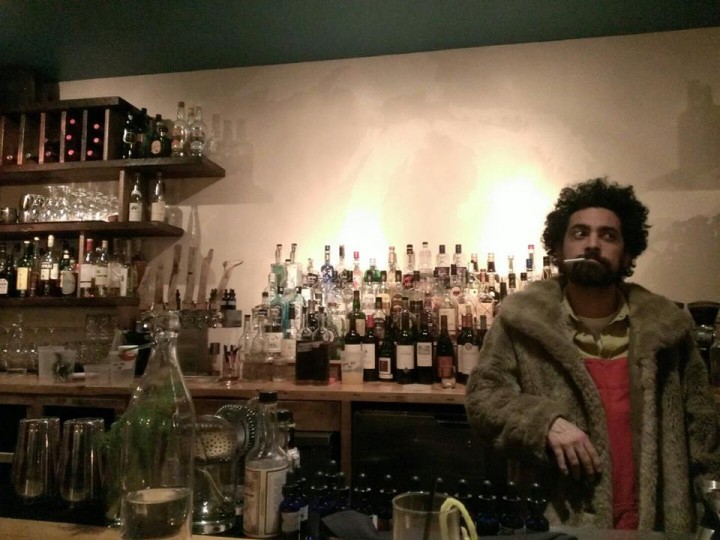 It’s clever, indulgent and telling of an artist’s work that each song has its own musical backbone, especially when limited for samples like on an EP. In “Hot Revolution”, for example, Bumbac Joe is a master sound storyteller. Beyond words, he’s able to paint bright pictures of life in travels and has produced a sampling of work that amps up jazz with Latintronic samples, sets up Afrobeat to dance with disco and funks up a chant-worthy house mambo bomba.

The four song EP is an exciting mix with cool vintage voices dancing along to funky percussion and haughty horns strutting along for pleasure. It’s so hot, it’s cool. It’s an all-in-one soundtrack, ready to set your evening off with unavoidable toe-tapping, hip-shaking beats. We asked Bumbac Joe about his newest creation, his travels and if they end up in his music and what we can expect from his celebratory set this weekend at CumbiaSazo.

How much of your travels end up in your lyrics?

I think the universe that I try to recreate on my lyrics are more related with my inner personal travels than my nomadic life. My travels are more reflected on the rhythms I translated into music. From where I was born you will find an Afro-Peruvian aroma. From where I grew up a Latin jazz intention, and, from what I’ve been living in the last ten years, this global and futuristic feeling that electronic music can bring to your ear but always connected with my roots.

What does the release of Hot Revolution mean to you?

The DJ/Producer, born in Lima with Venezuelan and Spanish influences, evokes everything your sonidero heart desires when dancing through “Hot Revolution.” The EP does a great job of showcasing some of his best sample tracks. He features collaborations with Meadow Parish (Sarah Gilbert) doing vocals on the title track, and Juan Tomás Martínez (Canteca de Macao) adding his voice on “Tu Mambo” and “Capitán Manteca.” 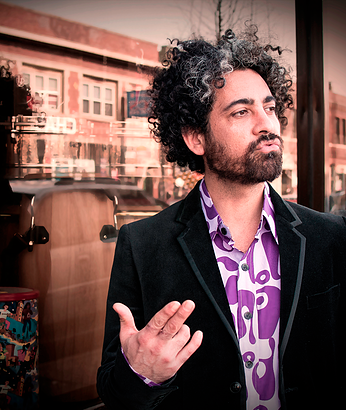 Can you explain your choice of samples for Capitán Manteca?

Capitán Manteca is a song composed for the dance floor. It has a heavy bass drive with all that Afro-Caribbean vibe. The vocals and instruments were recorded especially for this song. Juan Tomas Martinez is the singer on this track, the same singer that appears in my other song “Tu Mambo.”

The only samples I used in this track are the voice saying “Let me take you on a trip,” and the very beginning of the track the guy yelling “¡Control!” both taken from a CD with samples that a friend, very passionate about African music, gave me once when I was living in Madrid

What can we expect from your set at CumbiaSazo?

At CumbiaSazo I’ll be playing a set with a lot of music that influenced the sound you find on my last work which includes Afro-Peruvian percussion, some old school salsa remixed, electro-Latin-jazz, unreleased tracks made by producers from Venezuela and of course my own tracks. 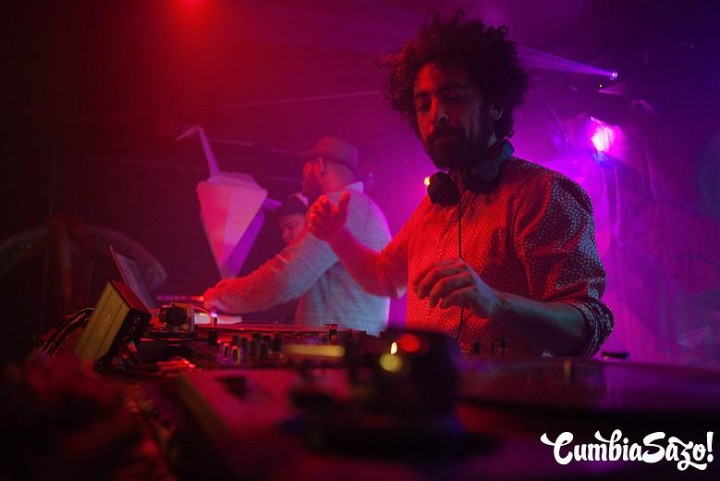 Bumbac Joe is an influential part of the electronic music movement in Venezuela, specifically in Barrabar and Santaladiabla and continues to tour with his music all over the world, from Bogota to Peru. You can find his music on compilation albums like Tarifa Summer Sessions, Soundial Loft(esque) and 360 Noches, among others. With the help of José Luis Pardo (Los Amigos Invisibles/Los Crema Paraiso), he released his first album, Bar Domestico a Domicilio, in 2006. He was also part of Madrid’s El Sombrero del Abuelo, collaborating on their album, Sístole y Diástole in 2007.

Now that he’s in Chicago don’t miss any opportunity to go check out his live sets. Even better, if you like his music, make sure to purchase your new copy of “Hot Revolution.”

For more information on Bumbac Joe: