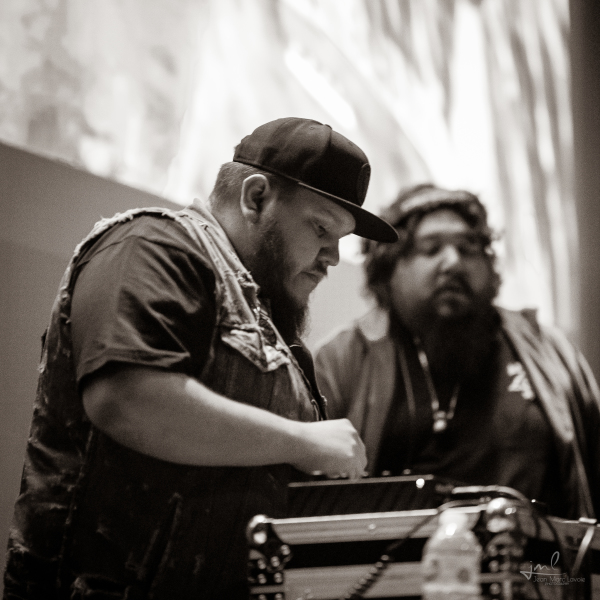 A Tribe Called Red stay busy. Busy on tour. Busy creating new sounds. Busy breaking down barriers and borders while opening minds to the possibility of another world through music. We caught up with Tim 2oolman and Bear Witness before their Chicago stop on their current tour which continues through Canada and the end of the month, resuming in the UK come February.

The dynamic duo just wrapped a ten day residency at the National Music Centre to “use all of the equipment there and get creative as much as possible” and get re-acquainted with their old pal TONTO (The Original New Timbral Orchestra). 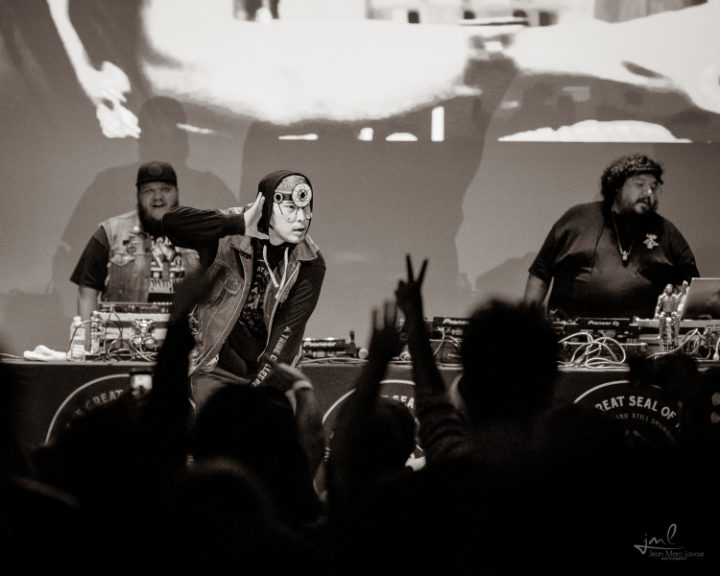 2oolman sheds some insight on what that means for new Tribe music on the way: “This is our last studio session that we get in until the end of the year. We already have a good amount of the new material that we wanna work with, so we’ll bring it up and see what these old synths can do to our sound. Add little sprinkles of flavors to everything, and in typical Tribe fashion, we’ll be collecting a lot of sounds from the residency. We’re trying to figure out a way to organize it and make it ready for the fans.” 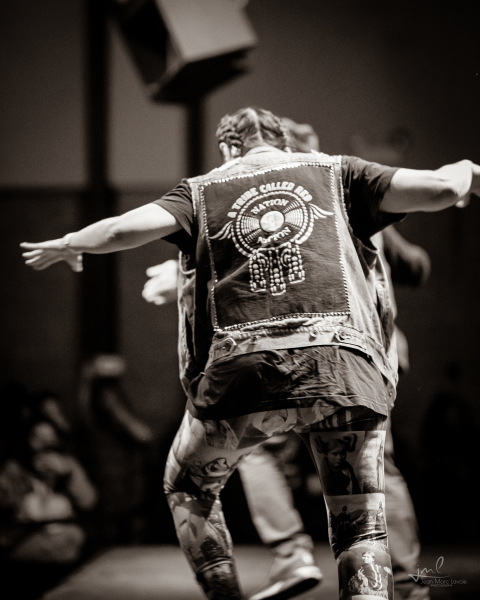 ATCR has been known to feature and collaborate with artists who are not only musically gifted but also possess a sense of integrity in line with their music. I ask how they decide on who’s featured on past, present, and future projects.

2oolman: If there are any movie syncs or anything pertaining to what we do, we always run it through them and make sure and ask if it’s good for them. 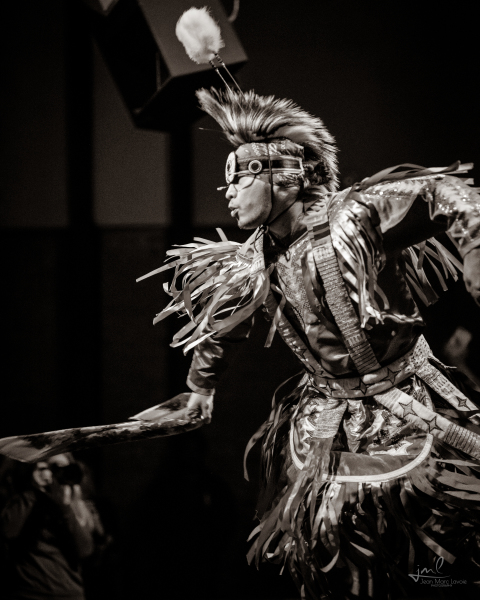 It’s this very vibe of integrity and morally-driven idealism that sets ATCR apart from their contemporaries while bridging the gap between thought-provoking experiences and dance parties. 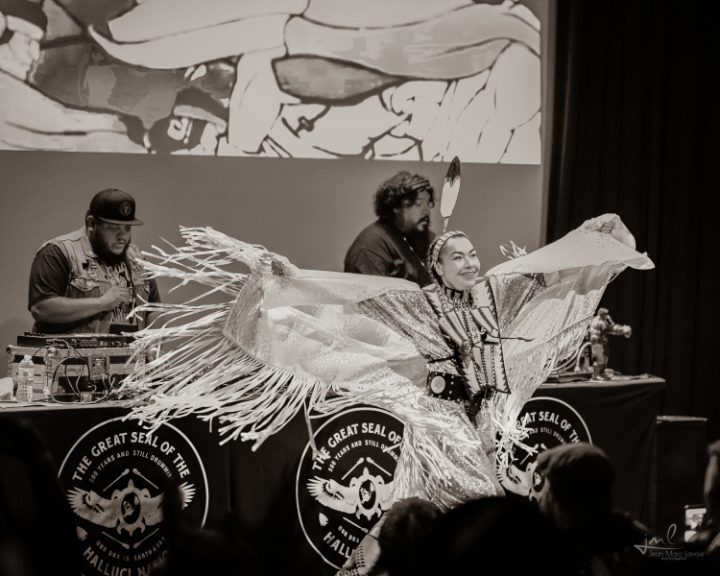 2oolman: Everybody comes to our shows for the same thing: to have a release, have a safe spot, to have fun and dance. We play for people that really wanna see us. A lot of the community comes together at our shows, some people meet their partners at our shows, meet other people from the community they never knew. Our shows are a meeting place, a gathering place, a social place. Yea. 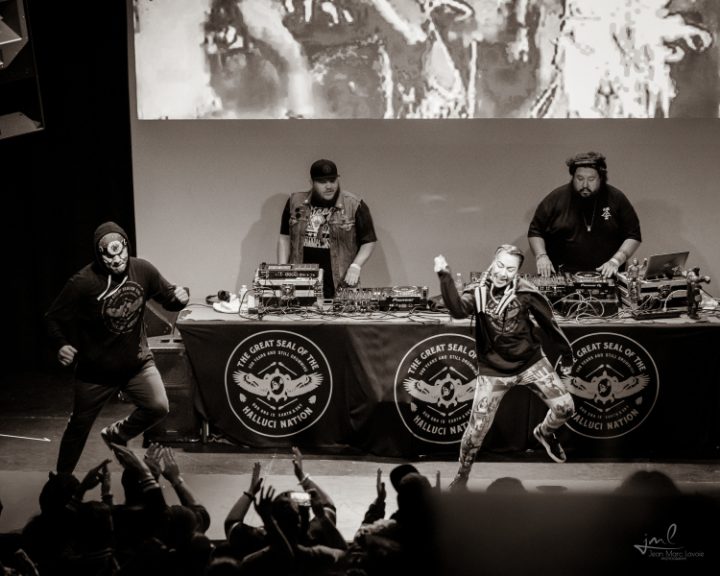 Bear: There are different degrees to how people interact with what we’re doing. By allowing people to use their own experiences to learn things is way more powerful than just by telling someone. A lot of what we do is not to say those exact words, make those exact points, so people have to use their own experiences to realize. They have to take some of that home. It may not be today or may not be tomorrow, but something will click. “Oh, that image I saw at the Tribe Called Red show was racist. And what about all this other stuff?” That’s why we do things with the visuals. It’s hitting people when their guards are down and getting people to interact with things in a way that they wouldn’t necessarily interact with in a more confrontational situation. We’re creating common experiences for people that often have trouble finding common ground. When you talk about indigenous issues, right away you’re attacking the foundation of the colonial structure, the colonial lie. Turns to animosity and fighting so quickly. So finding that  common ground is so difficult. At our shows indigenous and non-indigenous people are coming and experiencing indigenous music and having that common experience, and that lays the groundwork to find that common ground. To create real change, that’s the only way you’re gonna get someone to change. You’re either talking to people who already agree with you or arguing with people who never will. 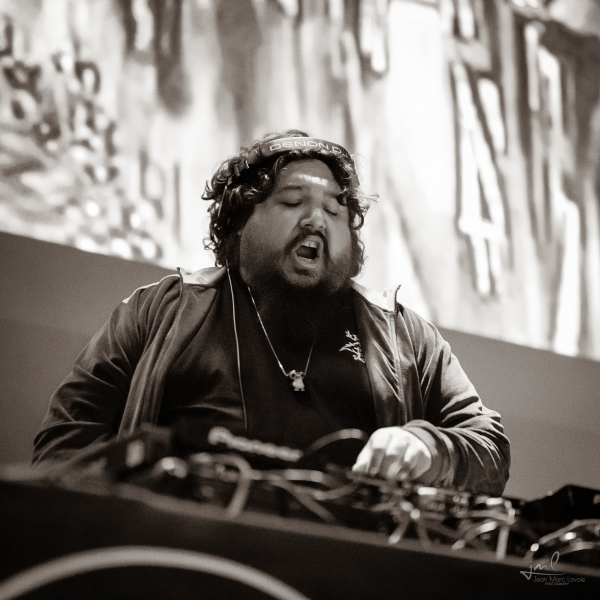 Right on. I challenge you the reader to find a more profound outlook from a musician.

So I want to know about new music that excites these two, don’t you?

2oolman: Quite a bit. I really like Vince Staples. He seems to have a really good head on his shoulders. Not very opinionated, but he’s strong. He gets it in a lot of ways. Earl Sweatshirt. Those are the two that I’m really feeling right now. A collection…

Bear (they’re so in sync with each other, Bear’s comment continues from Tim’s): …female duo OSHUN, a singer and emcee. Super excited about everything Jessie Reyez is doing. She’s a friend. She’s exactly what I’m talking about when we’re looking at artists: it’s awesome to have someone who’s a great singer or great artist, but when you’re an artist who’s actually doing something with their platform… 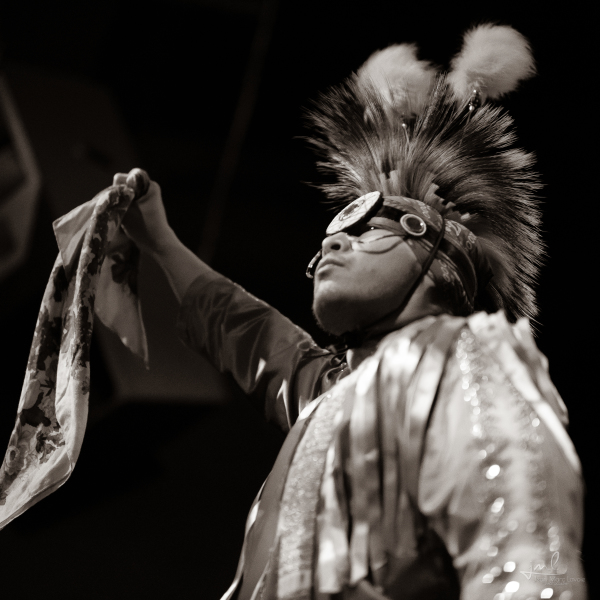 Take note, musicians. I can compare this sentiment to Kendrick Lamar’s broad challenge to the entire hip hop community to come correct a few years ago, and then following that up with his poem spread out over To Pimp a Butterfly‘s entirety that starts: “I remember you was conflicted/misusing your influence…”

The influence is so strong, and if we can take note from Tribe’s cues, we’ll be good.