Imprisoned for 35 years, 73-year-old Rivera has spent almost half of his life behind bars for seditious conspiracy, yet has never been charged with harming anyone. International human rights leaders such as Nobel Peace Prize laureate Desmond Tutu have called for Rivera’s release. Last year, several heads of state at the annual OAS General Assembly proclaimed Rivera “the Nelson Mandela of Latin America” (Mandela was also imprisoned for decades on a charge of seditious conspiracy).

This Sunday busloads of activists from around the country are expected to convene in front of the White House with a single message:

For bus tickets and transportation info:

To donate to campaign:

Help cover the costs of buses and other event-related expenses by donating here.

To send a letter of support:

Help flood the White House with letters of support. Print out the letter, sign it, and send it to National Boricua Human Rights Network. 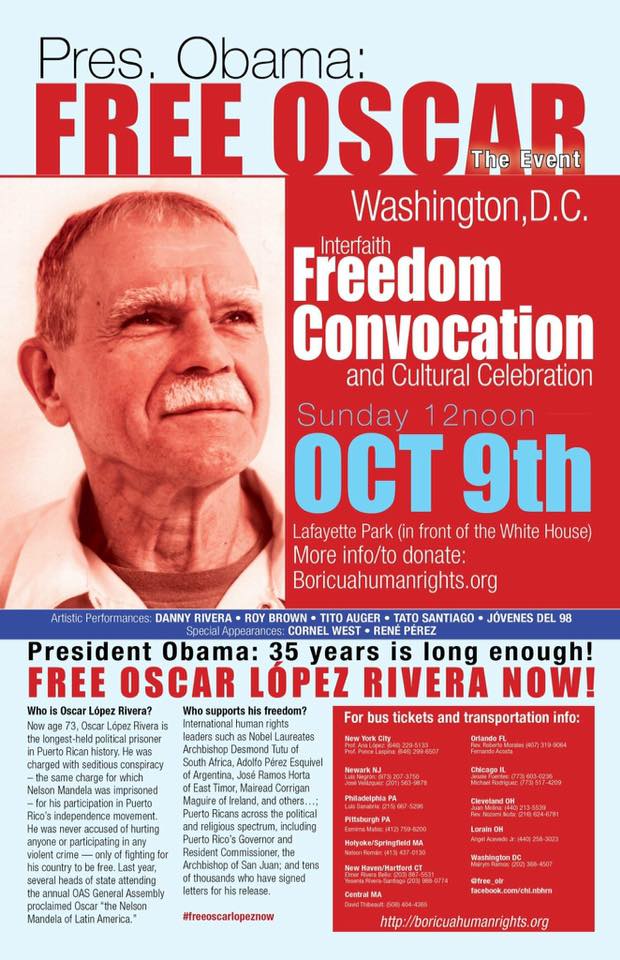