It’s here! Take a look and listen to the newest video for the single, One Way Ticket To TJ, from the Los Angeles and Mexico City-based band The Mexican Standoff. This is a musical and visual celebration of Mexican culture which boldly asks – what happens if after many years away you return to your country of origin?

On Way Ticket To TJ

The song, written in español, narrates the story of a woman who is done being in the US and decides to return to Mexico with her family. “It features rhythms typical of the U.S./Mexico border and the magical harmonies of the female members of the band who wrote the song in Tijuana while promoting their previous single, Muro.”

About The Mexican Standoff

The Mexican Standoff is a socially conscious band with a comedic twist comprised of producers, performers and songwriters from the L.A. Latin Alternative scene. Creators of the viral video “El Corrido de Benjamin Ramirez” aka “El Elotero,” they play folk music from the border, sing in both English and Spanish and show people a good time in these tough times. The members of the Mexican Standoff are accomplished musicians in their own right. Recent show highlights include headlining the opening night of Spaceland in the Levitt Pavillion Summer Series and performing at Echo Park Rising. 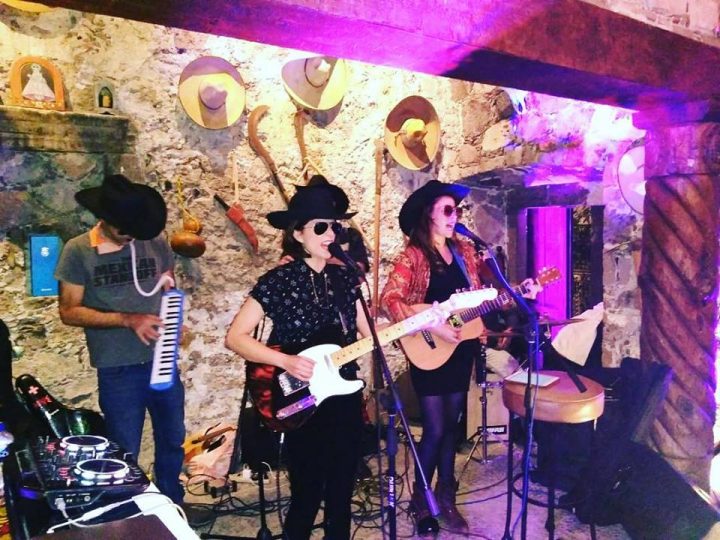