MOLOTOV gets ready to celebrate 20 years of consecutive hits.

The unstoppable members of the Mexican Rock band MOLOTOV are preparing for their biggest event of the year. In September they’re celebrating their 20th Anniversary as well as the fact that they remain one of the biggest Mexican rock bands of all time. Molotov performs at Ruido Fest on Saturday, July 11. 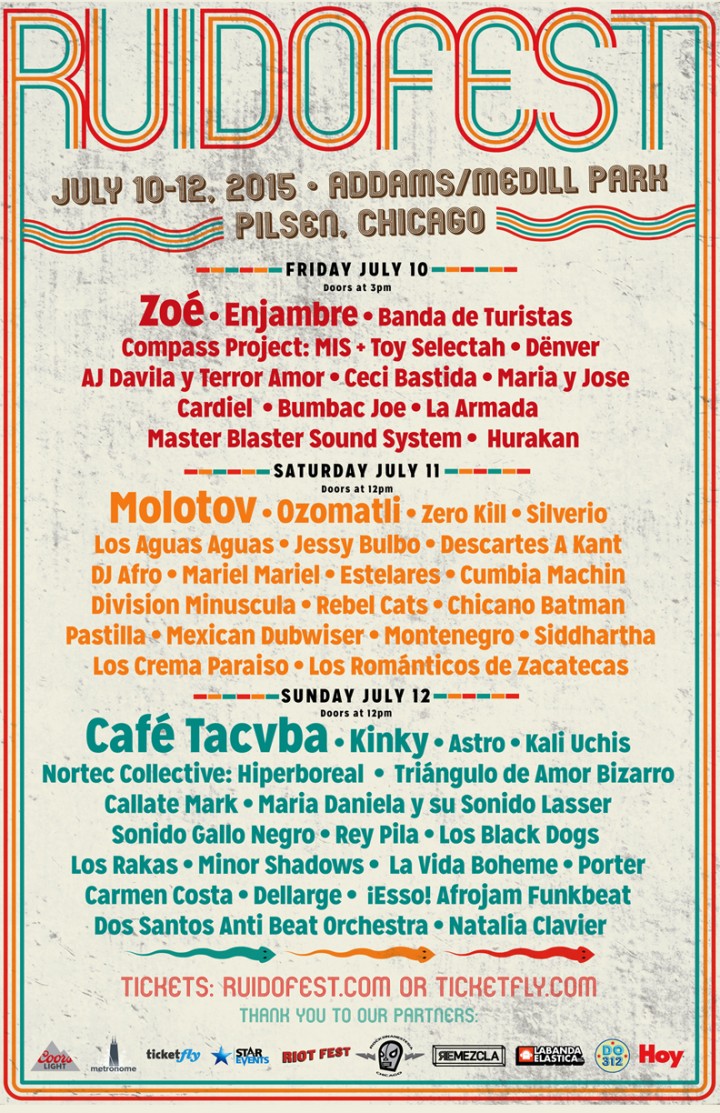 Since their start in 1995, MOLOTOV quickly climbed to top of the charts; this popularity has allowed them to continue to perform their hit songs all around the world.

(We personally dedicate this song to Donald Trump. You’re welcome!)

In 2015, “Los Molochos” band members: Paco, Randy, Tito and Milky wanted to make a lifetime masterpiece of their hit & Latin Grammy Rock Album winning song “Agua Maldita,” a song that was released on June 10, 2014, with an epic show in the National Auditorium in Mexico City.

The “Agua Maldita” tour will continue with the following dates in the US:

This tour has had over 100 successful shows in Central America, South America, Mexico and the US. The band’s fame has extended to having millions of followers on social media and remaining in the top spot in iTunes digital sales.

MOLOTOV continues to focus on social and political messages in their songs, a focus that also has a sarcastic and fun vibe within their lyrics. To date, MOLOTOV has 8 albums, 3 million sold albums, millions of social media followers and 2 continents traveled, all which have brought them to their legendary status.