An electrifying energy was felt on Tuesday at Congress Theater. The reason? Franco-Spanish world musician Manu Chao performed in Chicago as part of his US Tour titled “La Ventura”. “La Ventura” has several meanings in Spanish. It could mean happiness, luck, fortune, risk or danger. The combination of all these meanings sums up very well what many felt at Manu’s concert: an overwhelming feeling of happiness for having the good fortune of being there at the risk of ending up hyperventilated after 2 hours of non-stop jumping and screaming. It was a dangerous but very lucky affair being at the Congress last night.

The house was full for Manu, and the crowd that came to see him was – like his lyrics – diverse and multilingual.  A big Mexican flag dominated the sea of people located in front of the stage, which was acknowledged by the singer in multiple occasions by screaming “Viva la Raza!”( which literally means “long live the race,” a phrase used mostly by Mexicans to show pride in their race).  But not only Mexicans attended the concert . The place was packed with people from Central and South America, Europe, and of course, the United States. This was a very receptive audience who got turned on very easily by anything that Manu played, which was a continuous output of reggae and ska rhythms. The connection between the singer and the crowd was intensely ecstatic, and together they created an unforgettable show of pure raw energy.

Wearing his trademark green hat, Manu faced the audience “descamisado” (shirtless), maybe because he knew it was going to get really hot or maybe because he was subliminally expressing his identification with the poor and underprivileged which are the theme of many of his songs such as “Clandestino”. The stage also followed this theme: it did not have big screens, special props or flashing lights. It was very simple, showing just Manu, his band members, and the musical instruments. But he did not need anything else to turn the crowd into its frenetic state.

Manu was a passionate performer throughout the two hours of his show, pounding the mic against his bare chest, making monkey noises, screaming “You are crazy Chicago!” and letting fans get on the stage with him. The audience became a mirror of the man. One local musician mentioned that before coming to the show he had felt depressed, but after attending the concert he felt pumped up and ready to roll. Another audience member said that “the show felt like it was always ending,” because on four occasions the band left the stage only to return and do encores, making the crowd go crazier and only deepen its euphoric trance.

Manu Chao’s concert in Chicago proved to be entertaining and highly energetic. It also showed that  there is no need to have an expensive production to  have a successful concert. Instead, it is important to know how to connect with the audience. And Manu certainly knows how to do it. He made the audience  feel as an active participant of the show: he was the lead singer and them his back-up singers and dancers. He made them love him. As his song goes, everyone who attended this concert can joyfully say:  Me gustas tu, Manu Chao! 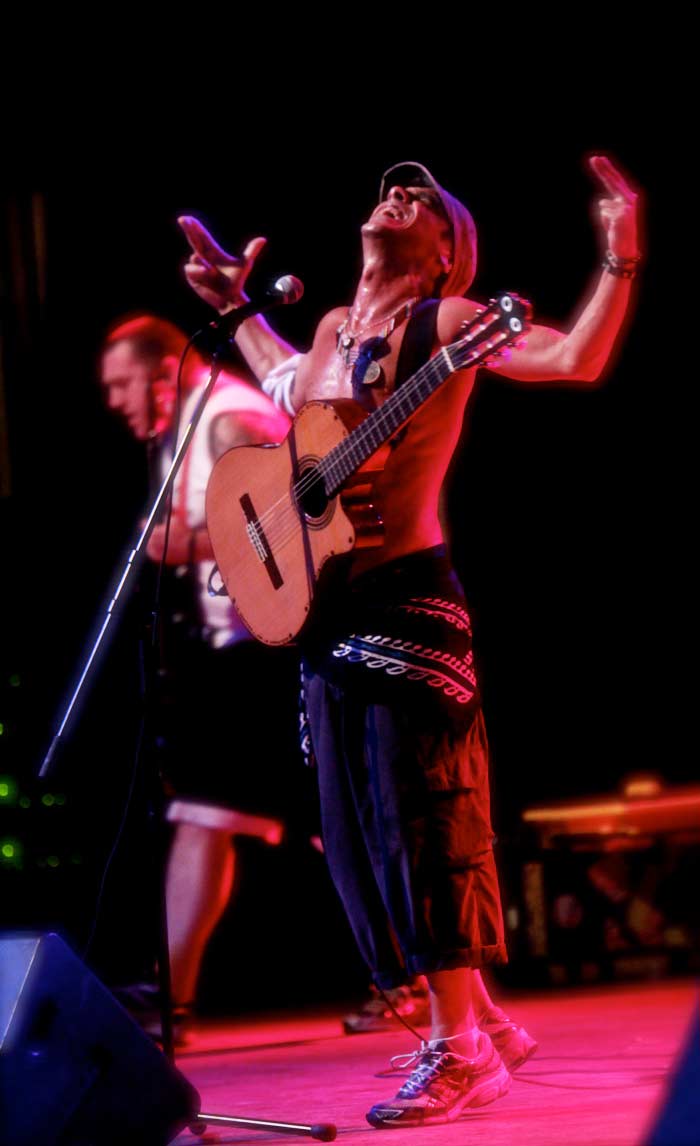