Red Bull Music Academy made its way through Chicago this weekend with a killer line-up performing at East Room in Logan Square. 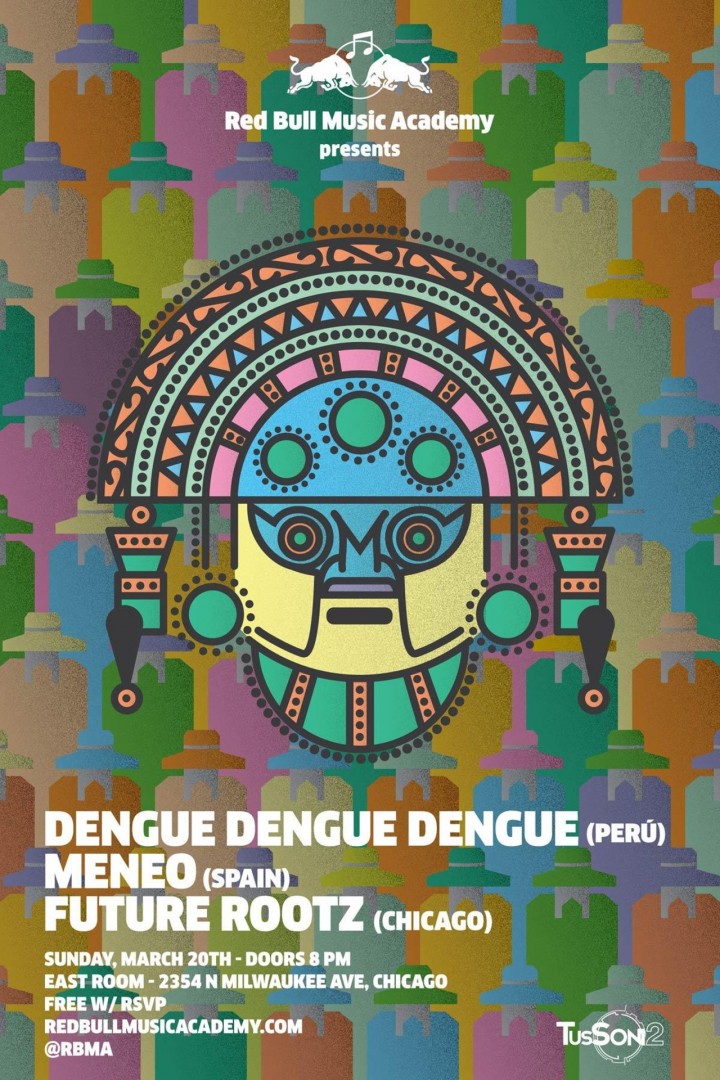 The last time RBMA was in town was for the Chicago premiere of the documentary film Stretch and Bobbito: Radio That Changed Lives, a film focused on the duo’s NYC radio program which was broadcast out of Columbia University’s WKCR on Thursdays, between 1990 – 1998. The film documents why the radio show was the epitome of 90s New York rap and how it helped launch the careers of hip hop artists like Jay Z, Big Pun, Notorious BIG and Nas, among others.

This time around, though, RBMA decided to give Chicago a well-deserved party with all the perks including complimentary entrance, drinks, food and best of all, outstanding music! (Hey, it’s been crazy ‘round here what with this bipolar weather, protesting politics, police cover-ups and all that jazz.) We were definitely down for this kind of shindig.

So, Sunday at East Room (what a cool venue, by the way!) included music by tropical bass duo Dengue Dengue Dengue!, dubstep 8-Bit genius (who was not shy about showing us his kibbles and bits) Meneo, Chicago’s own Future Rootz Son Sistema ftg Afroqbano and Sound Culture and Giroscopio adding pizzazz with an array of colorful visuals. Together, these global music enthusiasts and artists created an amazing atmospheric wall of heart-pounding, dance worthy sounds and visuals. It was quite fantastic, I must say.

The full set of photos can be seen here.

Were you there? Go see if you were photographed and let us know what you thought of the party and stay tuned for my interview with the lovely gentlemen of Dengue-cubed. #stillrecovering 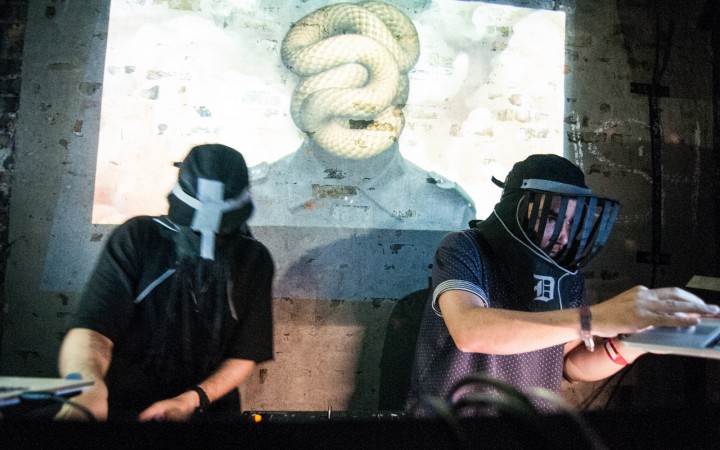 MENEO is Rigo Pex, who plays his self-coined, self-bastardised form of electropical beats, straight off his gameboy. This is… 8-Bit with soul. His energetic stage presence and wild vocals have performed over 70 times in 15 countries during 2010, including some of the biggest festivals in Europe like Dour, Fusion, Primavera Sound, Misteryland and Transmusicales, playing alongside the likes of Mr Oizo, Diplo, Digitalism, etc.

On the Spanish scene he has created a tazmanian devil of energy that has left no man standing, having a loyal and obsessive band of merry followers who never miss his shows. Whether they come for the bleepy cumbia, the naked jumping or some dubstep merengue is not important, the Meneo phenomenon brings the party like no-one else can.

Future Rootz is a platform to promote and explore Tropical and Global Bass music from around the world. The collective includes DJs Afroqbano, Sound Culture, Slomo, Mos and Angelfuk and Fanita Banana of The Ponderers with visuals by Giroscopio. Radio broadcasts include 89.3WNUR and 105.5FM WLPN.