The beauty of Latin alternative music is in its eclectic bounty as experienced at Ruido Fest where more than 50 acts showcased the genre in almost all its entirety. In this case, we’re in ecstasy-mode after nourishing our mind, body and soul with the ethereal, uplifting and ultimately empowering sounds of “Orcas” the electronic-folk soundtrack created by South American duo, Lulacruza. 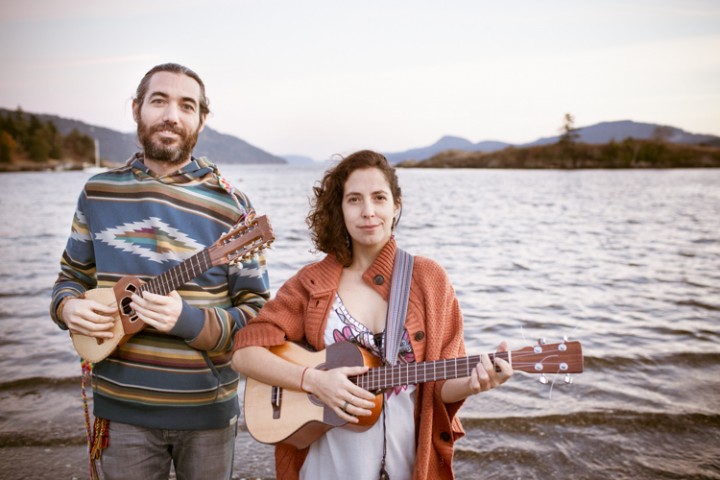 Alejandra Ortiz from Colombia and Luis Maurette from Argentina beautifully maneuver along modern and ancient sounds blending shamanic and ritualistic influences with folk and electronica. Ortiz, on vocals, also plays native instruments from different cultures while Maurette adds electronic processing and sequencing with charango and percussion. For the recording of their latest album, Lulacruza headed to Orcas Island in the Pacific Northwest. Surrounded by and immersed in the beauty of nature and its wildlife, the result of this unique experience is the vibrant, magical and distinctly spiritual sound design known as “Orcas.”

At a time in our history where we’re surrounded by the constant barrage of negative portrayals of humanity at its worst, “Orcas” comes along to restore the faith in ourselves and remind us how precious life is. “Orcas” calls upon our intuitive state of introspection, balancing the yin with the yang because you can’t have one without the other. “Orcas” reaches deep into our inner sanctum to grace us with whispered divinity. It’s the reset button so many of us yearn for, especially in times of superfluous chaos. It’s an escape. It’s momentary freedom.

Now, go listen to the entire album, purchase it and if you’re lucky enough to be in a city where the duo is performing we highly recommend you attend the showcase. We last saw them here in Chicago at Mayne Stage and we left floating on clouds of pure joy. That’s pretty rare, y’all.

Details about their US tour, below. 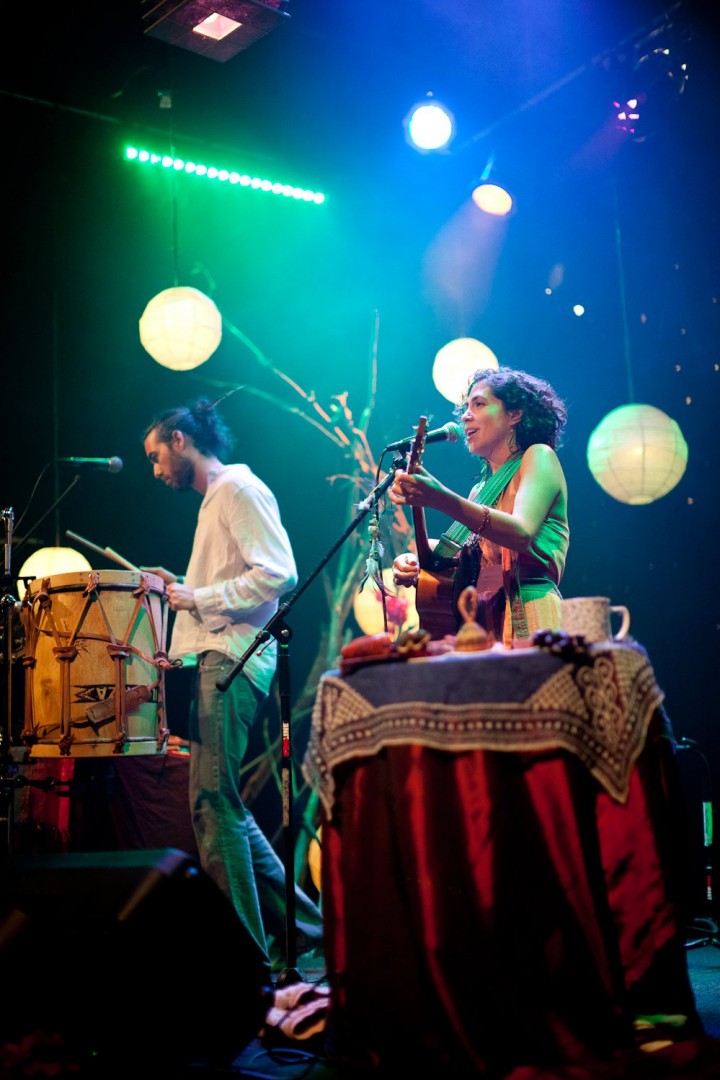 Journey through space and time with Lulacruza as they head out on a 18-city summer 2015 tour through the United States. Traversing the jungles and mountains of South America, Lulacruza performances entrance like a shamanic ritual inviting all to “delve into deeper waters”, leaving ripples in your core.

The tour begins in the Pacific Northwest on the pristine Orcas Island in Washington where Lulacruza recorded their recently launched album, Orcas, mixed and mastered by frequent Nicolas Jaar-collaborator, Vance Galloway. Followed by a performance at the Cascadia NW Arts and Music Festival, the group will then move on to shows across the western region, including special dates in Los Angeles, San Francisco, Oakland, Boulder and Nevada City to New Mexico and more, as well as appearances at several festivals including Arise Festival and a special sunrise set at Beloved Festival.

This is a rare opportunity to catch Lulacruza while they are in the United States. Hailing from Colombia and Argentina, their raw performances have garnered a reputation for transporting audiences with their intimate, meditative qualities. Heavily informed by South American ritual and folklore, Lulacruza masterfully tread the line between electronic and acoustic, ancient and avant-garde. The duo play South American indigenous instruments like the Colombian cuatro, charango and bombo legüero and utilize electronic processing and sequencing, complemented by songbird Alejandra’s powerful, stirring vocals.

The announcement of Lulacruza’s tour follows critical acclaim for the duo from Huffington Post, who says “Orcas is a revelation. The music of Lulacruza can be heard in the wind that whispers in your ears, seen in the undulating trees and felt in the cadence of water”, Rolling Stone who says “Lulacruza bring together Colombia and Argentina with the rest of the world in an electro ethnic ritual”, Noisey Mexico, URB, The BPM, and more. The duo have previously enchanted audiences at transformational and electronic festivals such as Lightning in a Bottle, Decibel Festival, and Envision Festival – Costa Rica.

Lulacruza is an electronic folk duo who have performed in over 50 cities in 5 countries and are rooted in the transformational and electronic music festival scene in the United States, playing at Lightning in a Bottle, Beloved, Decibel and Chicago World Music Festival. They’ve shared the stage with top musicians such as Thievery Corporation, Edward Sharpe and the Magnetic Zeros, and Beats Antique, and have also been featured as a Top Tune on Jason Bentley’s Morning Becomes Eclectic on KCRW.

They have released 6 albums and in April 2015, they released Orcas on The Polish Ambassador’s boutique label, Jumpsuit Records. In 2011 they also released Esperando el Tsunami, a documentary exploring Colombian music and culture, which was directed by the famous French videographer Vincent Moon. In 2015, they released a visual album including new songs and outtakes from the documentary.