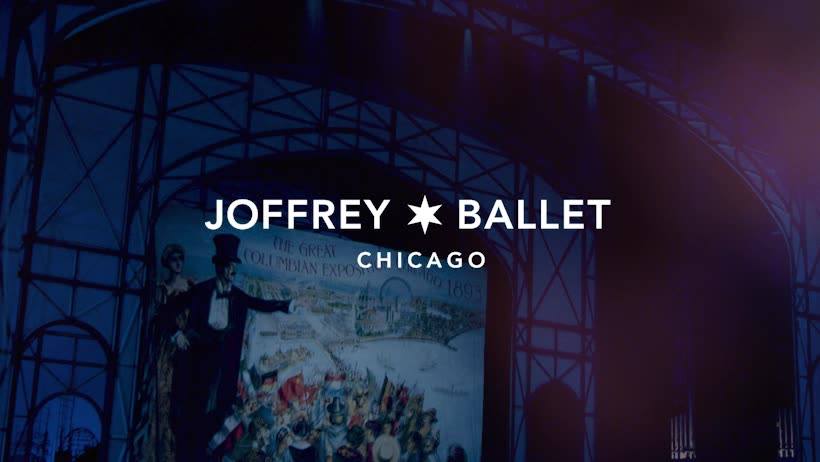 “I admire these young choreographers and our trainees because they are taking risks and pushing boundaries. The results are simply stunning,” said Joffrey Ballet Artistic Director Ashley Wheater. “As we approach nearly a decade of our Winning Works program, I feel immense pride knowing that the Joffrey and our winners are making a difference artistically and culturally. It is what makes Chicago such a vibrant city.”

Joffrey Academy Director Karine Provost added: “In addition to providing important educational opportunities to our students, Winning Works is vital to the Joffrey’s broader mission of supporting diversity, equity and inclusion inside and outside the studio. Our annual showcase not only shines the light on emerging choreographers, it also highlights the pivotal point in the year where we watch our talented students transform into young professionals on stage.”

Telmo Moreira began his training at the National Conservatory Dance school of Portugal. After being awarded one of the top prizes in the 2007 Prix de Lausanne, he received a scholarship to complete his studies at the Vaganova Ballet Academy. After competing in the Prix de Lausanne for the second time, Moreira received the apprenticeship award and chose to join American Ballet Theatre’s second company. He joined the Orlando Ballet in 2011. In 2016, he won best choreography at the YAGP regionals in Tampa. In September 2017, Moreira became a full-time faculty member with the Rock school.

His world premiere for the Joffrey Academy (Memento Mori) is an abstract coming-of-age journey that explores issues of love and acceptance in an increasingly challenging world. The cast is comprised 11 women and 5 men.

Omar Román De Jesús began his formal training at the School for the Performing Arts in Guaynabo, Puerto Rico. Román was a member of Balleteatro Nacional de Puerto Rico from 2006-2011. During this period, he won the Championship Cup and Gold Medal at the National Dance Competition in Puerto Rico. He received a scholarship to the Ailey School in 2011 and he recently finished his fourth season with Parsons Dance. Recently, Román’s new piece, DANIEL, was commissioned by Parsons Dance for the company’s 2017 Joyce season as part of its initiative to support emerging choreographers through David Parsons’ GenerationNow Fellowship.

Román’s world premiere for the Joffrey Academy (BOA) is inspired by the concept of self-love and what it takes to love others. BOA features a blend of classical and contemporary movement and a complete cast of 12 dancers.

Claudia Schreier has been commissioned by organizations including the Vail Dance Festival, New York Choreographic Institute, Ballet Academy East, and The Ailey School. Since 2015, Claudia Schreier & Company has presented several full-evening length performances of her choreography featuring dancers from New York City Ballet, American Ballet Theatre, Miami City Ballet, Dance Theatre of Harlem, and other leading companies. She has been featured in The New York Times, Dance Magazine, Pointe, ELLE, and Harvard Magazine and was a featured guest on the television program Black America. Schreier received a B.A. from Harvard University in 2008.

Schreier’s world premiere draws on the influences of Stravinsky, Bernstein, Copeland, Gregorian chants and even The Beatles. Inspired by the striking emotional contrasts of the music, Schreier’s ballet for 12 dancers is a propulsive display of competition, revelry, conflict and reflection.

Luis Vazquez was born and raised in Chicago and began his dance training with various studios throughout the city, before attending the dance program at Interlochen Summer Arts Camp with an emphasis in modern technique. He earned his B.F.A. in Dance from the University of Illinois at Urbana Champaign. Vazquez began his professional career when he joined Thodos Dance Chicago for two seasons. He made his debut as a professional choreographer when his piece Siren premiered at the 2017 Thodos New Dances concert.

His world premiere for the Joffrey Academy (Sea of Comets) is loosely based on the ways in which humanity and nature coexist. The piece features a cast of 14 dancers.

Tickets for Winning Works at the Museum of Contemporary Art Chicago’s Edlis Neeson Theater are $25 and now available at joffrey.org/winningworks. Performances take place on Saturday, March 3 at 2:00 PM and 7:30 PM and Sunday, March 4 at 2:00 PM.

The Joffrey Ballet gratefully acknowledges the generous support of Winning Works Sponsors William Blair with Joffrey Board Member Rita Spitz, and Nuveen and the Nuveen Fund Board, in honor of Lorna Ferguson.

About the Joffrey Studio Company

About the Joffrey Academy Trainees

The Joffrey Academy Trainee Program is a one to two-year program for students ages 17 and older who are preparing for a professional dance career. Students are selected to participate in the Trainee Program by invitation from Artistic Director Ashley Wheater and the Head of Studio Company and Trainee Program Raymond Rodriguez. This esteemed and rigorous program gives students a unique and well-rounded experience to prepare them for the next step in their careers. Trainees rehearse and perform classical and contemporary works from The Joffrey Ballet’s extensive repertoire and have the opportunity to work with guest choreographers throughout the year. Graduates of the Academy have gone on to dance professionally with companies throughout the world including The Joffrey Ballet, American Ballet Theatre, New York City Ballet, Staatsballett Berlin, Dresden Semperoper, Complexions, Milwaukee Ballet, Memphis Ballet, Kansas City Ballet, BalletMet, Polish National Ballet, Slovak National Ballet, and many more.

For more information on the Joffrey Academy of Dance, Official School of The Joffrey Ballet and its programs please visit joffrey.org/academy. Connect with the Joffrey on Facebook, Twitter and Instagram.