Comedians Carlos Alazraqui and Gabriel Iglesias break into the stratosphere in Walt Disney Animated Studio’s new film “Planes.” In the film, Iglesias, 37, works double duty to give voice to the characters Ned and Zed, two disruptive airplanes that fly alongside the film’s main antagonist Ripslinger in hopes of helping levitra soft tabs him win a big aerial competition. Alazraqui, 51, plays the character El Chupacabra, a legendary airplane from Mexico who “races with a whole lot of heart and more dramatic flair than is recommended at high altitudes.” 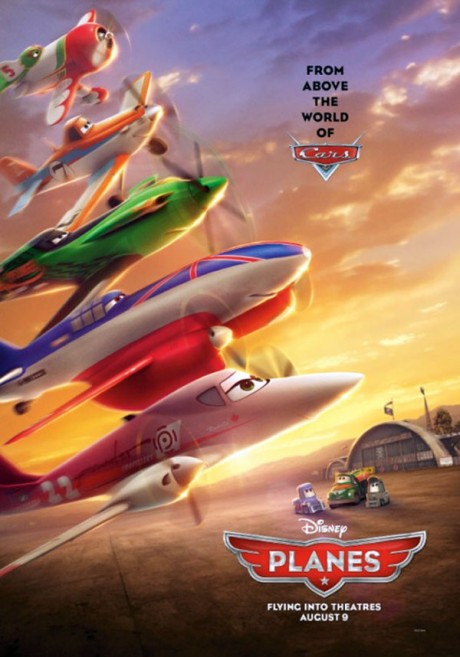 Gabriel, how did you get pitched this film and why did you say yes?

GI: It was a no-brainer. If Disney calls and you don’t go, you’re kind of dumb. (Laughs) Originally, money order for buying levitra I had read for the character Chupacabra, but I did not make myself available for the table read. I was out of town doing stand-up. When I missed the table read, someone else filled in (Carlos Alazraqui). But you don’t send in Mike Tyson to fill in for some regular viagra for sale in uk fighter. [Carlos] is amazing with voices. So, he came in and they liked him better for that part. Luckily for me they had two other characters in the film (Ned and Zed), so they called me up for it. I did not miss that table read.

It’s pretty unique you got to give voice to both characters.

Carlos, you do a lot of voice work for animated projects, but this is a pretty big deal when Disney is involved.

CA: Oh, absolutely. I’ve worked on big projects like “Happy Feet” and “Happy Feet 2.” I’ve worked on a lot of cartoons [on TV] like “Rocko’s Modern Life” and “The Fairly Odd Parents.” I worked on “The Family Guy” for the first season. In “Monster’s University” I was the tour guide when Mike is a little kid and going on a tour of the university. But this is the most prominent role in a feature that I’ve ever landed so far.

What did you think the first time you saw what your character was going to look like?

GI: I was excited. I was like, “I want the toy!” The movie hasn’t even come out yet and I already went and got the toy. It’s pretty cool.

Gabriel, are you going to try and get your hands on everything that features Ned and Zed in the toy aisles?

GI: I’m going to go get all that stuff. I’m going to stockpile it at my house and give it away as Christmas presents.

Carlos, does an idea for the voice come to you fairly quickly when you see the character or is that something you have to work on for a while?

CA: It was instantaneous. I had a small picture of him at the table read and I just went for it. John Lasseter (chief creative officer at Pixar and Walt Disney Animation Studios) was there and he liked it and they hired me. 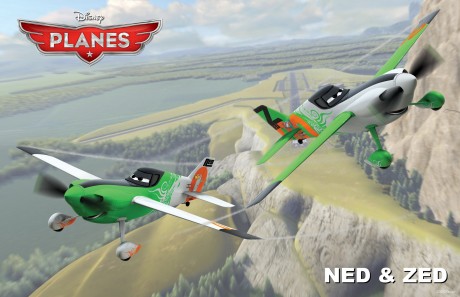 Gabriel, who’s most excited about you being in this movie? Do you have any kids in your life that flipped out when you told them you were going to be in “Planes?”

What experience as a stand-up comedian do you take into a gig like this – doing voice work for a major animated film?

GI: Well, I basically walk in there and do what I do on stage. The cool part was they let me ad-lib a little bit. I would tag up some of the lines. I’d add a sound effect or change the tone a little. They let me have fun with it. So, yeah, doing voice over work was a walk in the park. On stage you only have one shot to do it, but in the studio if you don’t get it right, you can do it again and again. I was able to knock out the whole movie – both characters – in about four hours.

That’s not even a full day’s work, come on!

GI: I know. I walked in, they made me an omelet and I got to work.

Carlos, the last time I interviewed you was back in 2008 for “Space Chimps” and we talked about what cartoons you watched as a kid. What about as an adult? Do you watch cartoons now?

CA: You know, I only watch a little bit. I like to watch the old ones like “Go Go Gophers” and “Tennessee Tuxedo” – the cartoons I grew up with. Occasionally, I’ll take a few minutes and check out “The Family Guy” or “The Simpsons” or “Futurama,” but usually I’m watching sports or “The Walking Dead” or CNN. I don’t watch as much animation as you would think.

Not even the ones you’ve worked on?

CA: You know, I’ve done a ton of episodes of “Fairly Odd Parents” and maybe I’ve seen the show like three times over 10 years. For me, I love doing cartoons, but I love sports and watching ESPN more. 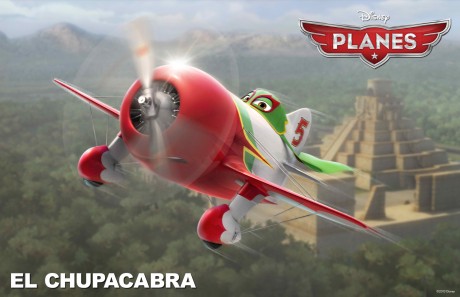 Gabriel, we’ve been seeing a lot of Latino characters in animated films this summer. Michael Peña and Luis Guzman voiced taco vendors in “Turbo” and Benjamin Bratt and Moises Arias had roles in “Despicable Me 2.” Do you think studios are starting to realize they have to hit that demographic?

GI: I think that’s part of it. But I also think that guys like me – and this is going to sound crazy – can go either way with it. I’m a Latino, but I don’t necessarily have to go into that vein. But I do think people see there are a lot of dollars in the Latino market. We go to the movies a lot. It’s nice to see there is something there that connects. I think more and more studios are going to start doing that. Having the Chupacabra character (voiced by Alazraqui) in [“Planes”] adds so much to the movie.

Gabriel, when was the first time you realized you could make someone laugh?

GI: Probably when I was 9 or 10 years old. The first time I got a laugh on stage, it threw me off. I was a big fan – and still am – of impressionist Rich Little. When he would do some of his stuff, people would applaud. In my head I thought that’s what they were supposed to do. When they started laughing it was like, “Whoa, wait a minute!” But once I got the second and third laugh I was like, “OK, this is working!”

Carlos, are you still comfortable being the go-to guy when it comes to Latino animated characters? You’ve done a lot in your life.

CA: Absolutely. I’ve been doing “Handy Manny” for a long time (he voices Felipe “the Phillips Screwdriver” among other characters). I love it. It lets me tap into my Argentinean side. I don’t mind it at all. I like to choose super positive characters.