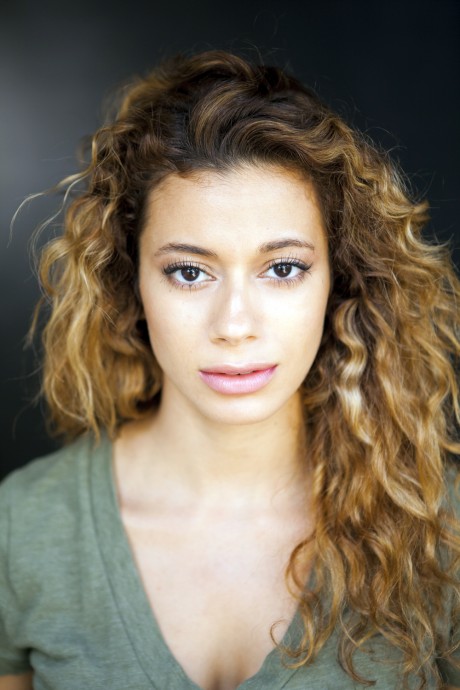 It’s been six years since Latina actress Angelic Zambrana made heads turn as part of the young ensemble cast in the Oscar-winning film “Precious.” In the film, Zambrana played Consuelo, an at-risk teenager opposite Oscar-nominated actress Gabourey Sidibe’s title character. Since the 2009 drama, Zambrana has starred in a number of independent films, including “Musical Chairs,” “Sleepwalk with Me” and “Rites of Passage.”

During an cialis on line canada interview with me on her birthday (Feb. 21), Zambrana and I talked about what’s she’s been up to since her role in “Precious,” how she feels about nudity as an actress and explains what the situation would have to be if she said yes to playing a role as a chola.

How has life changed for you over the last five years since your film “Precious” received so much attention back in 2009?

I think approved cialis pharmacy more than my life, I have changed over the last few years. “Precious” was a really beautiful experience. I was able to be in that ensemble cast. It catapulted me. I got to meet all of my idols – Oprah Winfrey, Sidney Poitier. It was crazy. I changed as a person. I became more humble. I focused more on the art canadian healthcare pharmacy of acting and caring less about the sparkle. We were all kids when we did “Precious.” We were cost viagra all mature and talented, but I needed to grow as an actor. That’s what I’ve been working on.

What about professionally? Did your role in “Precious” give you more opportunities in the industry? Did you have the advantage of being able to say “no” to some of those things if they weren’t right for you?

Even before “Precious,” I would already say no to things that viagra buy drug were badly written. (Laughs) There’s nothing you can do to save a badly-written script. No good actor could save a badly-written script. Some of the scripts were just overtly sexual. I mean, if [the sex] has something to do with the story, I’m all for it. But if it’s just gratuitous, then I’m not. But “Precious” did open the doors for more auditions, to meet studio heads, to go to meetings. It gave me so much confidence and I had so much fun doing those things. Sometimes I wouldn’t get into auditions because I was typecast, but for the most part “Precious” did open doors for me. Even today, “Precious” still helps with the pitch.

Give me an example of something you’ve said “no” to.

The thing is I’ve said yes to things I thought were going to be great, but they didn’t pan out. (Laughs) I think what I’m trying to do now is take care of who I am as an actor and really do things that I want to do. I won’t name specific things I’ve said no to, but I would say no to things that I didn’t feel comfortable doing. I mean, I like a good challenge, but if it’s something I don’t agree with or felt was gratuitously sexual for no purpose, I wouldn’t do it.

So, nudity, in general, wouldn’t be out of the question for you, but it would have to serve a purpose in the story, correct?

Yeah. I mean, I love my body. It’s my instrument. I’ve been an athlete since I was a child. I work out now. I don’t know if I would do nudity or not. I’m still young in my career. I don’t know if I would want to put myself out there like that. For me to expose my intimate parts to the world, I feel like it would really need to be worth it. (Laughs) I’m not going to be like, “Wooo! Here are my tits!”

Nudity on TV has been a hot button topic recently since “Girls” debuted on HBO. I know you recently had a small part on that show. What’s your take on the show and how it’s been criticized by some as including nudity simply for nudity’s sake.

I think that each artist has different things they are willing to compromise and not compromise on. It’s [Lena Dunham’s] show. It’s her baby. If she sees a reason why [there should be nudity], it will have its benefits in the long run. She believes in what she is doing. If you want to be naked and it makes sense to you, it will be fine. If you are uncomfortable and you’re out there and you’re naked, it’s going to be [uncomfortable].

Another criticism about “Girls” is that, until recently, there haven’t been any Latina actresses on the show. This season we have Melonie Diaz in a supporting role. Did you see this as a problem in past seasons, especially since the show is set in a city as diverse as New York?

I always felt these shows that cast in New York City really do a good job at casting diverse characters. With a show like “Girls” I think that’s starting to change and I think that it’s happening overall. I mean, I have an audition for something soon that I never thought would be open to a Latina. I can’t say what it is yet, but it’s a period piece. But I think the media is finally getting it and the doors are finally opening up. There are more things opening for [Latinos]. We don’t have to be the drug dealers anymore. But I love “Girls” because it’s true to what it is. That’s her and her group of friends. As long as it’s realistic, then I’m OK with that. I don’t feel like there has to be a minority in everything.

You mentioned earlier about getting typecast, which I know is not something you want as a Latina in this industry. But at the same time, your role in “Girls” is a nanny. Talk to me about that. How do you make a decision to play a nanny in “Girls” but you might pass on playing a chola on another project.

The thing is, I wouldn’t pass on playing a chola unless it was badly written and cheap. A chola is a real person. If the role is great, give me the chola! For “Girls,” I went in for a bigger part and almost got it, but I was too young. So, they offered me [the nanny] role. So, I said, “Why not!?” I had fun with it.

I’m sure over the last five years there have been ups and downs for you going into auditions. Have you felt the cutthroat nature of the industry yet?

Yes, of course. I’m not this supermodel soap star. (Laughs) A lot of the times, there is this idea of what a Latina woman is supposed to look like. But I don’t focus on that. I focus on the fact that I have been given this gift and that I work really hard to improve on my art. But, yeah, I’ve felt the cutthroat nature of it all. When you do anything for TV or film, you’re put on this platform. [Actors] have a product to sell and people go to them when they want their product. But you have to have tough skin in this industry. Sometimes you don’t get a role because they wanted someone who is a blonde or someone tall or someone more ghetto. It’s all about how you fit into the story. As long as you audition your behind off, it’ll pay off somehow.