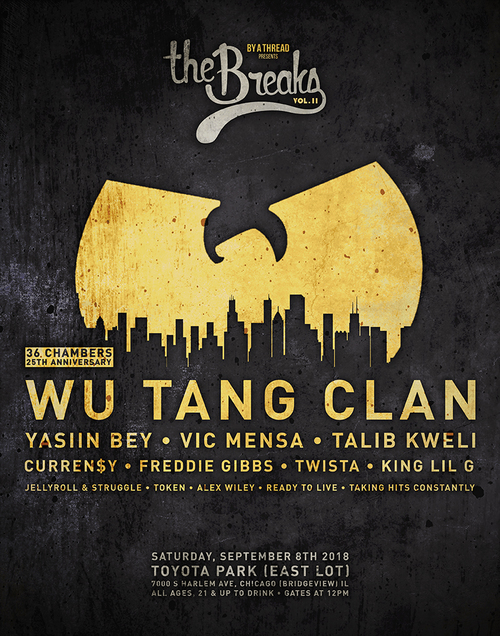 By A Thread Presents The Breaks Vol. II is an all-ages music event that will feature both classic hip-hop artists and newly emerging emcees, bringing multiple generations of fans together for one memorable show. The Breaks Vol. II will also feature a DJ tent, graffiti artists, and a variety of other activities throughout the day.

The Breaks Producer Chris Triebes says, “Last year’s lineup was met with such enthusiasm, that we saw no option but to do it again, and go bigger. We plan to take it up a notch or five from last year’s first volume, and couldn’t be more excited about the array of talent we have assembled.”

Tickets for The Breaks Vol. II are on sale now at http://www.thebreakschicago.com/