Helado Negro arrives at Schubas on Sunday, Oct. 12 for a performance featuring material off his just released album, Double Youth (Asthmatic Kitty Records). The Brooklyn-based multi-faceted sound artist is currently on tour with fellow Sudanese sound navigator, Sinkane. We’re happy to announce we have a pair of tickets for one lucky winner. Contest question below.

What is the name of Helado Negro’s second album?

First correct answer in the comment section below, wins a pair of tickets to Sunday’s concert at Schubas!

Stay tuned for our interview and levitra oro generika review of Helado Negro following his concert at Schubas. 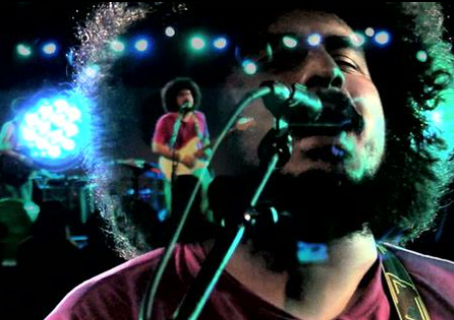 Following recent collaborations ranging from Julianna Barwick and Bear In Heaven to Devendra Banhart and Wilco’s Mikael Jorgensen, Lange recorded “Double Youth” primarily on his own in his Brooklyn home studio. “Double Youth” was recorded with a computer, his voice, and telepathic input from a poster he found buried in a closet at his childhood home. Seeing the poster after cleaning out a closet evoked a sudden rush of memories, but also a sense of isolation and separation. Who was this person order cialis on internet in the photo? And what else had Lange forgotten? The poster’s impact was so significant that it framed a new recording process for Helado Negro and now serves as the cover art, title, and conceptual framework for the lyrics and song structures.

With a hybrid cultural identity, cialis on line canada Lange oscillates lyrics from English to Spanish throughout the album. Barriers of communication and language are eradicated as the listener is captivated discount levitra online us through a boundless experience and universal feeling.

While Helado Negro owes something to his contemporaries (Chancha Via Circuito, Matias Aguayo, Juana Molina, Bear in Heaven and Prefuse 73), “Double Youth” is more a spiritual long-lost cousin to the great masters of funk, like Parliament, Sly Stone, and Afrika Bambaataa, whose finely tuned beats married the ear with the body in new ways.

Drum machines in “Double Youth” pulse like a robot dance movement. The album’s bass undercurrents fuzz, its sine waves tickle the brain stem, its melodies weave through the air.

Helado Negro and Sinkane perform at Schubas on Sunday, Oct. 12, 8:00 p.m. Tickets available here. First correct answer in this article’s comment section to the “Contest Question”  wins a pair of tickets to Sunday’s concert at Schubas!