This is the first installment of the series, ‘The Good, the Bad and the Ugly’ where I, a self-professed filmmaker, review films using three concept (good/bad/ugly). Out of these three, ‘bad’ is the only flexible one, meaning I could be saying it’s Michael-Jackson-Bad or it could be any-Michael-Bay-movie-bad (sorry to my little bro’s favorite director).

First up we have Lucha Mexico, which follows some of the best-known luchadores in Mexico, giving us character profiles and delving into the culture the spectacle has created. (I’ll try to keep it chill on the spoilers but no promises.) After reading the review, use the form at the bottom of the page to enter our drawing to win a FREE pair of tickets to tonight’s premiere screening of Lucha Mexico at the Gene Siskel Film Center!

The Good
Most documentaries are only as good as the characters they follow. While the film jumps between luchadores pretty ambitiously, sometimes too often, we are able to get a pretty intimate look into who they are. Now, any fan of wrestling knows that what these people put their bodies through is no joke; over the course of the film there is one death, a lot of blood, a dislocated knee-cap, and a lot of broken hearts.

The art of luchando lay somewhere between spectacle and performance art. They spend what seems like days in and out of gyms and doctor offices while getting ready for their next fight—always in their masks. One luchador, Sexy Star—I’m for real that’s her name—at one-point claims, “Without luchando I would not be alive. It gave me a reason to get up.” Though they wear masks, their humanity is on full display throughout the film, making it impossible to not get into it.

The Bad
I’m gonna go with Michael-Jackson-Bad on this one. The music is nostalgic and well used to keep the film flowing; it never feels forced or played out. Whether they are using a corrido, a Control Machete hit, or something by Juan Gabriel, the filmmakers string everything together real well to create a canvas that the characters get painted upon.

The only part that might fall under the Michael-Bay-bad category is the editing. Editing a doc that you shot for four years must totally suck because you have to cut out things you love and grew close to. The story jumps around frequently and depends heavily on b-roll of the fights themselves. Although it still flows well and keeps you entertained, it left something to be desired.

The Ugly
A little bit of research reveals that the main force behind the film is a couple of Anglo filmmakers from Connecticut. It feels like appropriation when someone that is foreign to the concept covers our stories. Although they captured the truth of the world well enough, there is no doubt that more depth could have been provided had someone with first-hand-knowledge of the culture had a role in the orchestrating of the film.

Luchando has a following because there is a cathartic and healing release while watching it, similar to why we watch films or ballets. The age that Mexico is living through makes the spectacle all the more needed, as archaic and violent as it may seem; you can’t argue with the crowds and passion that come out to watch them.

Lucha Mexico will be screened at the Gene Siskel Film Center July 15-21.
—

Gozamos is doing a ticket giveaway for the premiere of Lucha Mexico, which is TONIGHT at 8:30pm! To enter the drawing, provide your contact information below. A winner will be selected and contacted by 6pm tonight. (And if you don’t win the drawing, you can still get $7 discounted tickets at the box office, using our offer code, “GOZAMOS”.) 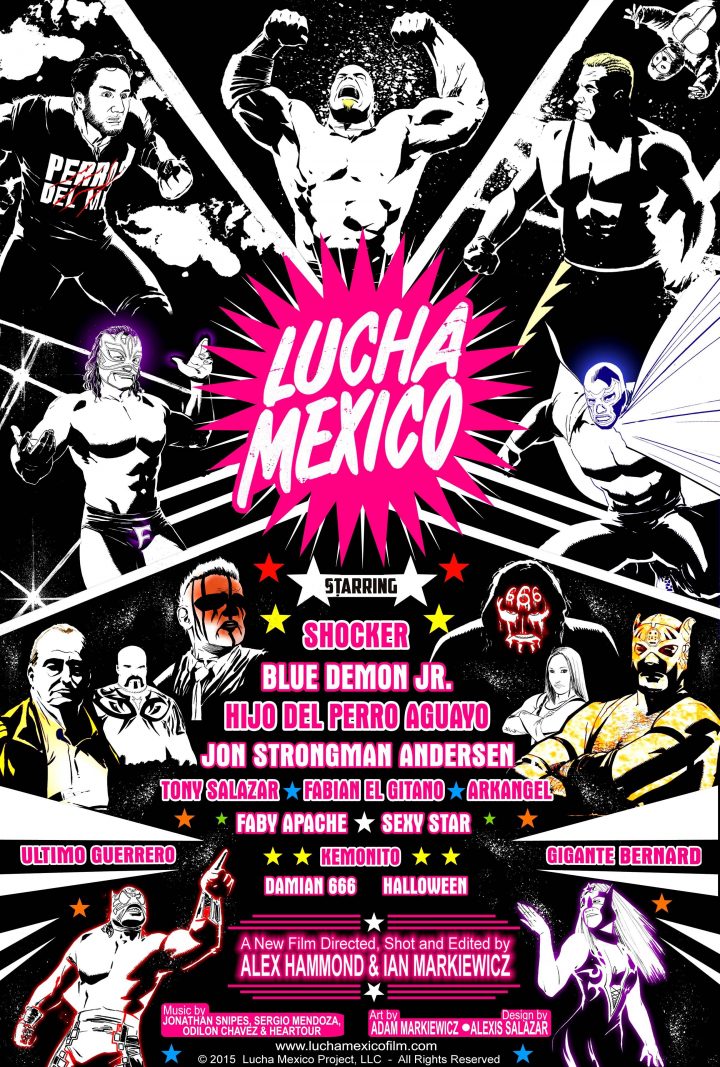