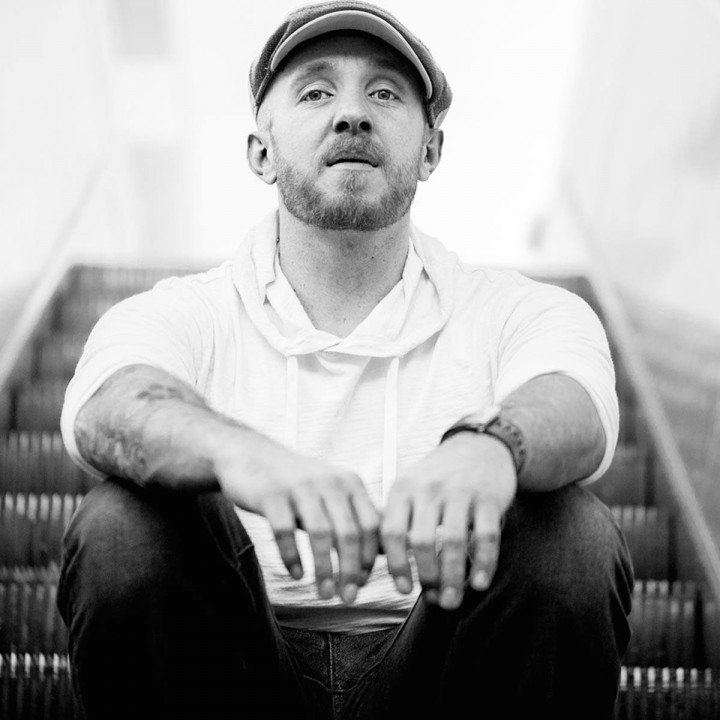 Chicago-based musician Aryk Crowder has been crafting his own blend of evocative soul for a number of years. His most recent single, “One By One,” and the accompanying video were created in direct response to to the city’s growing gun violence issue, sparked by five people being shot (one killed) in front of his neighborhood church in Uptown. “That first-hand impact brought to me how real and widespread the gang-related gun violence is here in Chicago,” he remarks. Directed by NK Gutierrez, the video shows how gun violence is far from just within the inner city. Along with actors Erynn Mackenzie and Rashaad Hill, the video displays a family affected by the sad reality that we seem to be getting used to.

Despite the reality of the situation shown in the video, the images also manage to capture the beauty that still exists in our city. We spoke with Crowder about his passion for music and the circumstances surrounding the making of “One by One.”

Do you remember the initial spark/moment that created the desire in you to become a singer-songwriter?

I’m don’t recall a specific, “ah-ha” moment as it felt more like a natural transition from being a player to a writer. I know that since picking up the guitar in my teens that I wanted to create and write, but didn’t exactly know the path I would take. I started creating my own songs as soon as I got a grasp of the instrument, but didn’t start with the lyric writing for years after.

I know the incident with the shooting affected you enough to create the video. Did the neighborhood you grew up in also affect the music that you now play?

Yes and no.  I grew up in Zion, IL and music was a big part of my teen years in that so many friends had bands or played instruments. We were all into going to shows. Playing music was just the thing to do. Although it was a crucial part of my development as a musician, I can’t really credit where I grew up with being a big influence in how I write or play now.

The violence in Chicago doesn’t seem to subside. How do you maintain a sense of calm among the chaos? Where do you find that strength?

I’m fortunate in where I don’t have to deal with that first hand.  However, seeing it as a constant headline in the news definitely keeps one in check that this is a real problem and we have to do far more than prayers and well wishes if we want it to get any better.

How did the story line for the video come about?

The concept for the video was developed by  my director (N.K. Gutierrez) and me. Working with our concept of bringing awareness to this heavy topic, she penned out the final script. 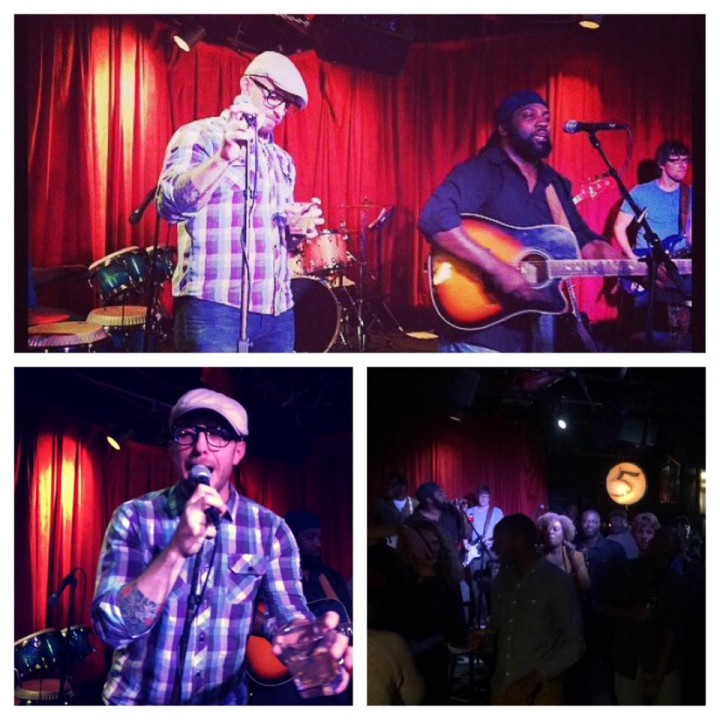 You just released “2×4” and it’s been receiving a great response. How does that album feel to you now in comparison to when you first began creating it?

I’m definitely a bit more comfortable with it now that it’s out and I’m noticing folks taking a shine to it.  I’m still really fresh to most peoples ears so it takes them a bit to get comfy with my tunes as most initial encounters I have with people are in a live situation.

You’re working on Volume 2 of that series for release in 2015 – is that album done or are you working on it as you promote Volume 1?

It’s a little bit of both as the songs are done, but am putting the finishing touches on them. Music get’s consumed at such a rapid pace these days so I want to take my time and focus on Vol.1 until number 2 is ready.

Are you doing what you love?

What are your other passions?

I’m a pretty passionate individual to begin with as I tend to dive deep into any interest I have. But my big passion outside of music is fitness. I make it a point in my life to keep on a regular fitness regimen and keep a healthy nutrition plan.

What is your biggest responsibility as a human being?

Wow, that’s heavy. I read a quote by Neil deGrasse Tyson the other day that said, “For me, I am driven by two main philosophies: know more today about the world than I knew yesterday and lessening the suffering of others. You’d be surprised how far that gets you.”  I like that a lot. I feel we all can take on some of that outlook.

What’s the best and worst part about the music community in Chicago?

I’ve found that the community here in Chicago is willing to give you a shot. I find that if you come in confident, show that you have been working silently on your craft and are willing to support others (regardless of their musical genre) that the community here sees that and will support you in your endeavors. With that being said, I also find that Chicago can be somewhat tunnel visioned in their acceptance of musical flavors. Unless you’re playing a style that’s currently buzzing, you’re gonna have to get in the trenches and dig your own way if you want to gain recognition.

Crowder’s next event is Feb. 13th at Uncommon Ground: 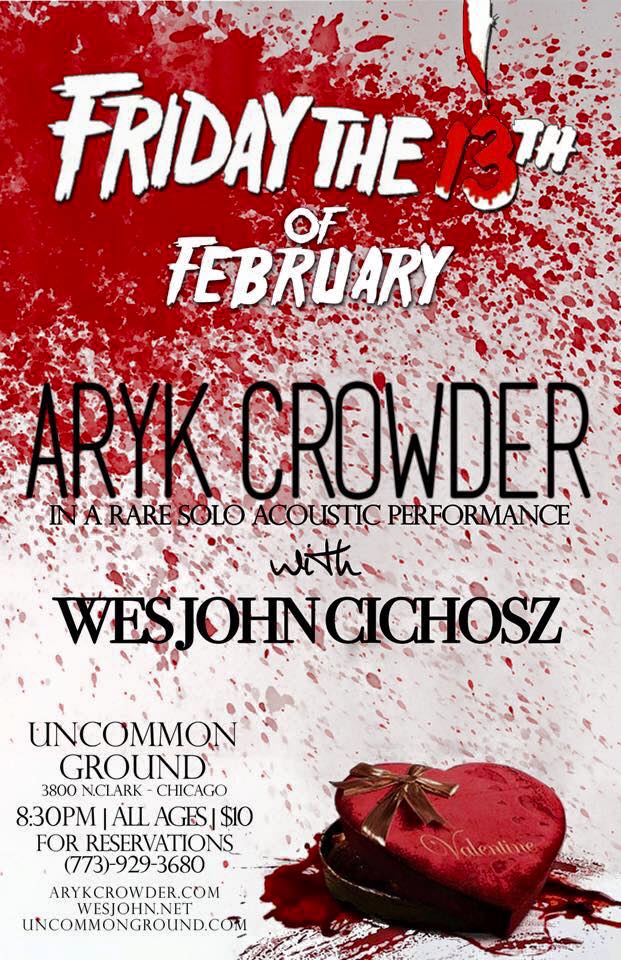