There’s an abundance of talent in Chicago when it comes to, well, almost everything. From dance to culinary arts, and everything in between, there is definitely not a shortage of creativity in the coolest city in the Midwest. Our Gozamos Artist Profiles take a closer look at those who are actively involved in the arts in Chicago. This week’s feature: Daniel Martinez of The LIFE Project Chicago. 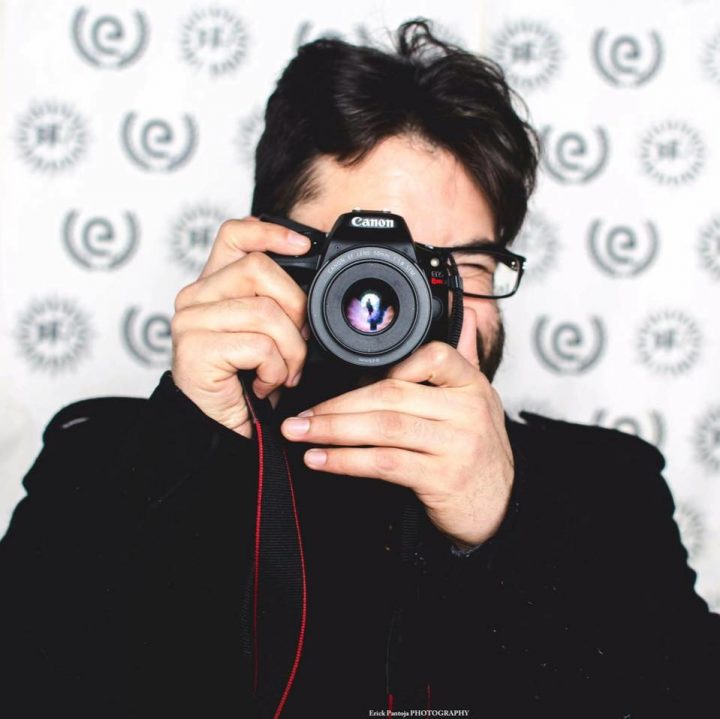 Martinez takes on a variety of roles within Chicago’s art and music community. If he’s not behind the camera capturing a new artist’s debut, he’s behind the turntables serving up fresh sounds or running around making sure the artists on his lineups are well taken care of.

We spoke to Martinez about his projects and his upcoming ¡Pachanga! event taking place at East Room on Wednesday, May 31 in collaboration with Rude Gents. (Free paletas to the first 50 people, y’all! Yummm!) 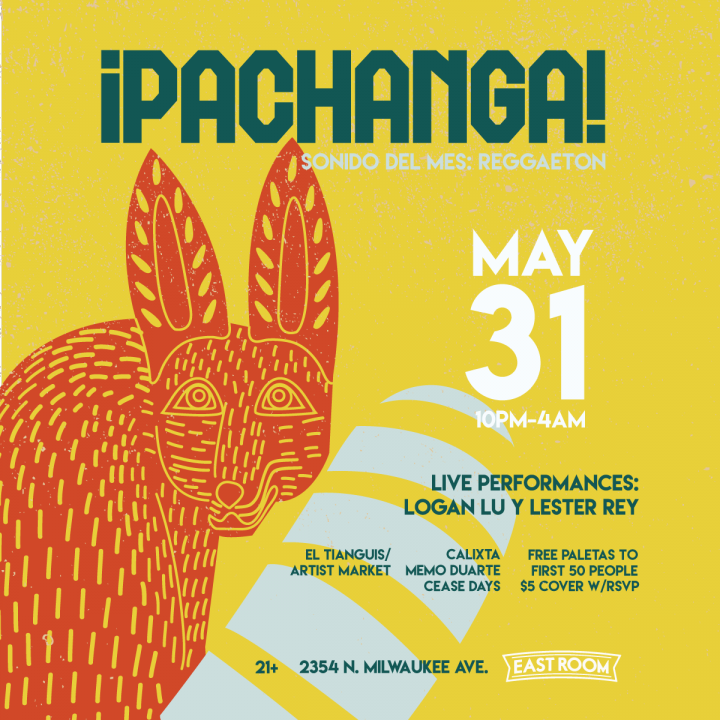 Where are you from and where did you grow up?
I was born and raised in Joliet, IL. I grew up in a small community within Joliet called Rockdale IL. 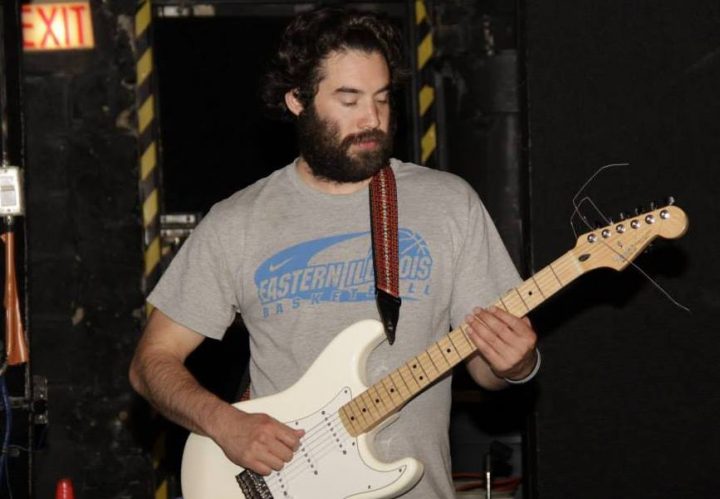 How did you learn to DJ and what is your favorite music to play?

I don’t call myself a DJ out of respect to the real DJs in Chicago who have been doing it for a long time. I consider myself more of a vibe dealer. I started collecting records before I started spinning records. I love spinning 90’s and 2000’s Hip Hop. I’m still learning the ropes of DJing. 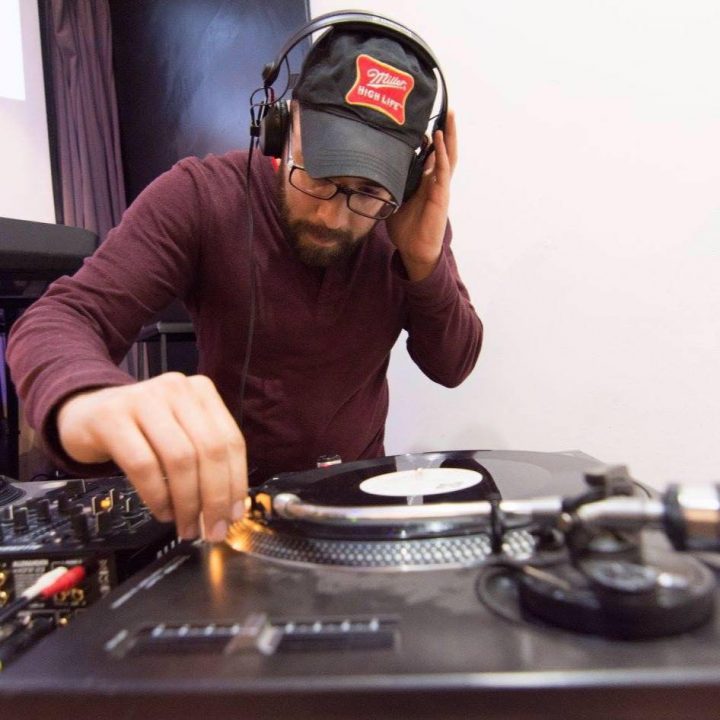 How did the collaboration between you and those organizing Pachanga come about and what does this event focus on?

I started last April 2016 promoting Hip Hop shows at the East Room. I slowly moved from Hip Hop shows to a party called the Boogie Down. The Boogie Down was an open format dance party. The first Boogie Down in October 2016 featured performances from Lester Rey, ESSO Afrojam Funkbeat, and Subele. These bands were influential to me and have made an impact in the Chicago Latin music scene. The last Boogie Down was a fusion night in March w/ performances from Sonorama and Beats y Bateria. This last showcase gave us the foundation for Pachanga.

Doing this by myself became overwhelming so I reached out to DJ Memo from Rude Gents in February of 2017. We brainstormed on things we both liked and our backgrounds. After several meetings we agreed the Boogie Down needed a focus. The focus was promoting our mutual love of latin culture. For the April showcase we decided to change name to Pachanga. The main idea of Pachanga is to feature live music, art, and DJs every month. Pachanga brings a youthful spirit to Logan Square. Our first one was so successful that the East Room asked us to continue hosting Pachanga at their venue.

What is The LIFE Project Chicago and how did that get started?

The Life Project Chicago began in January 2015 as a platform to showcase and collaborate with artists in Chicago. I bought my camera to take pictures and videos so I could network with bands. As I continued to network I started to book shows out of Nitecap Coffeee bar in Pilsen. By the time 2016 rolled around I had archived enough footage to make a short film called “Spread the Love.”  After I released my short film I began throwing shows at the East Room in Logan Square and I currently have a residency out of Subterranean as well.

My project is a labor of love. I’ve been lucky to meet amazing performers and promoters who have turned into friends. There’s a weird line where friendship and business begin to intersect. Navigating this gray area can be tricky but not impossible. Having good communication with collaborators/ friends is key. Basically this did not grow over night. This took a lot of people to help me grow. Without the help of organizations like yourselves, AMFM Mag, Rockeros.net, Pachanka Music, Private Stock Studios, East Room, Rude Gents, and Subterranean taking a chance on me none of this would be possible. I am grateful to all parties involved.

Have you always been conscious of including LGBTQA/women in your lineups or is this something you’ve learned to be more conscious of?

Including women in shows was always important to me but I never really knew a lot of women musicians. Over the last couple years I’ve gotten to know Ridley Victoria, Sharmon Jarmon, Sylvie Grace, DJ Bonita Apple Blunt, MonAerie, Carmen $ummer, Joslyn Marie, Brittney Carter, Milly Mango, Red Bella and Brittany Nacole. It took a lot of hard work to find a solid group of musicians who are women. It’s something that can be over looked very easily but I don’t think most promoters book all male acts on purpose. It’s just what they know.

I’ve worked closely with AMFM Mag over the last year and a half.  Ciera the creator of AMFM Mag made me conscious of booking more LGBTQA performers. Growing up in Joliet is a very sheltered experience. Moving my way through the Chicago music scene over the last few years has me made aware and sensitive to people of different backgrounds. Calixta of CumbiaSazo is a great example of a women in the LGBTQA community who is a great community organizer and DJ. We are so glad she has been so willing to work with us on our Pachanga events.

What is lacking in Chicago’s music community?

A stronger female presence would be nice to see. Especially at Hip Hop shows. It’s slowly getting better.

What is there “too much of” in Chicago’s music community? 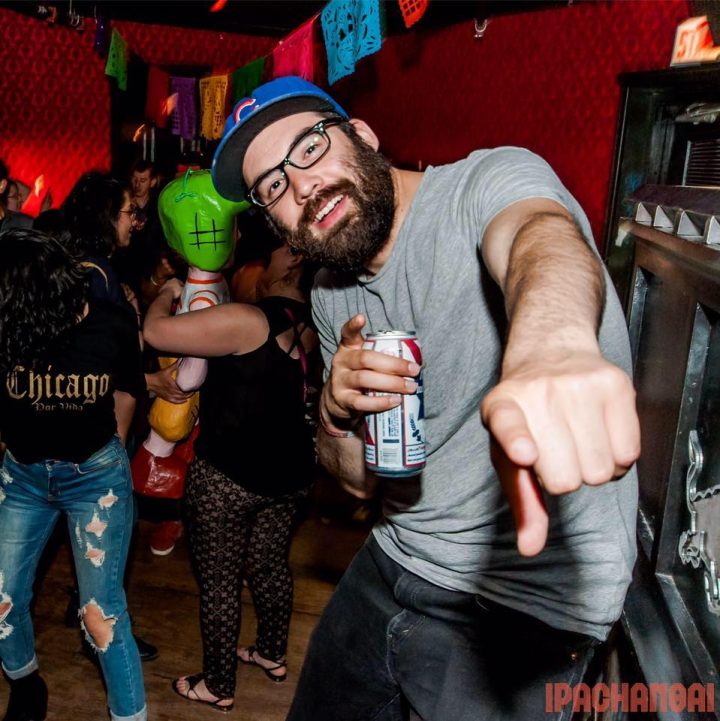 Where does your love of photography come from?

When I was a kid I was obsessed with Behind the Music on VH1. I always loved the photographs and videos of the stars before they were famous. At the same time I began going to concerts at 14. This is around the time I watched the movie Almost Famous. I always thought it would be cool to be a music journalist and take pictures at all the biggest shows. It’s really cool when you capture a moment in an artist’s performance that encompasses the feeling of their set. Photography is just a lot of fun and to be able to capture Chicago music history is a privilege.