In his new film “Adult World,” Riesco stars as Rubia, the transgendered roommate to Emma Roberts’ character Amy. This month, Riesco can also be seen on stage as Elliot Ortiz, a troubled Iraq war veteran in “The Happiest Songs Play Last,” which is the final installment of a trilogy written by Pulitzer Prize winner Quiara Alegría Hudes.

During an interview with me last week, Riesco, who studied theater at Northwestern University in Evanston, talked about what it’s like to lose yourself in characters as demanding as Rubia and Elliott, and how he feels his career is going after being in the entertainment industry for 15 years.

“The Happiest Songs Play Last” is currently being performed at the Second Stage Theater in New York City. “Adult World” is currently on VOD. 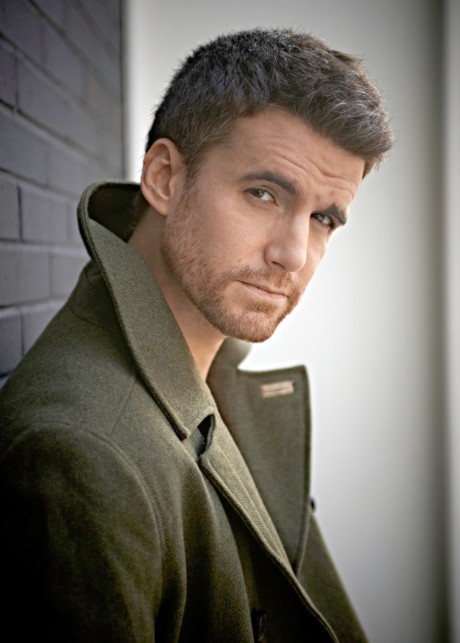 In your new film “Adult World” you play a transgendered character named Rubia. Much like Jared Leto’s performance in “Dallas Buyers Club,” you’re portraying someone who is an underrepresented part of society. What were your hopes when you took on a role like this?

Well, it was a huge challenge and not something I was very familiar with. I just went out and did all the research I possibly could. I met several transgendered people through friends. I saw a bunch of documentaries. “Paris is Burning” is probably the one I used the most. It was a matter of not making [the role] a caricature and making it as real as possible so the movie could work.

How did you specifically stay away from making it a caricature or stereotype? Did a lot of that come from the script itself?

For the most part, I think I put myself in the director’s hands. [Director] Scott Coffey is someone who I could trust. I knew he wouldn’t put me in a position where I would be embarrassed. The way he directed it and the way the film was edited shows a great respect for the character. It doesn’t make fun of the character in any way. I think it came out really nice. I’m really proud of it.

Was there anything you learned about the transgendered community during your research that you didn’t know before doing this film?

I think I became more aware of the difficultly of it. I think a lot of times we turn a blind eye towards their struggles. We turn them into an invisible part of society because it’s more convenient for most people. Through all the research I was just flabbergasted at how prevalent it all actually is. It’s something that is around and present and everywhere. If anything, it opened my eyes to how normal it is.

I read a startling statistic the other day. You might’ve seen the same numbers in your research, but did you know 41 percent of all people who identify as being transgendered have attempted suicide at least once in their lives? That is nine times higher than the national average. Do those stats surprise you at all?

On stage, you’re playing another vulnerable character in the role of Elliot Ortiz, a trouble Iraq War veteran. When you take on a role like Elliot or Rubia, do you see them as just another job to you or does it become a lot more complex than that because of the characters you’re portraying and the population it represents?

I wish it was just a job and wish it was easy to “de-role” one’s self once you get off the stage or the set. But it does sneak into your regular life. I try to leave it, but it does trickle in. That’s one of the challenges, I guess, of the job. How is one able to function as a normal human being and have normal human relationships at home when you’re dealing with all these difficulties in your characters’ lives? But that’s part of the job description. Everyone who becomes an actor knows that’s what they’re in for.

As significant as these roles are thematically, I’m assuming as an actor you also take on these roles because you want people to see what kind of range you have, too, right?

Yeah, it’s a complete blessing to be able to do this. At the same time, I know I don’t fit a specific type of niche. I’m not an actor where someone looks at me and sees a “cartel thug.” I could maybe play it if given the opportunity, but I don’t quite fit into a stereotypical role. So, I think my only way of having a fruitful and long career is to be able to play roles that are so different from each other.

How committed to a role like Elliot Ortiz do you have to be since it is part of a trilogy?

It’s a dream come true to be able to delve this deep into a character. The story is partly true. It’s based on the writer’s cousin. He was a Marine during the first wave into Baghdad. It’s partly based on him and partly based on imagination. You don’t get a chance to do a character that’s this complex, ever.

The first time I interviewed you was back in 2008 for your film “National Treasure.” During that interview you said, “My career could be better and bigger, but it could also be much, much, much worse. A lot of actors are in that category. It’s really hard in this business.” So, six years later, is it still as hard?

Absolutely. I was talking to a friend last night who is a very, very successful actor and he was complaining how hard it is to have a family and manage everything. Life isn’t easy. I’m not sure if it makes for a better story to say that everything is peaches and cream, but the reality is that no one ever said it was going to be easy. [Acting] is tough to take on, but at the same time, I can’t see myself doing anything else. I’ll gladly take on the struggles of the actor. I’m happy to wake up every morning and deal with whatever it is I have to deal with. I feel like I’m doing what I’m supposed to be doing.