From fellow musicians who once shared the stage with her, to more contemporary Latino artists like JLo, Ricky Martin and Robi Draco Rosa, there continues to be a whirlwind of emotions and experiences being shared on social media regarding the passing of the Queen of Soul, Aretha Franklin. Sadly for many of us, she left us too soon, this Thursday, August 16, a date that will now surely be honored in her name.

For me, Aretha was and continues to be a mainstay.  She makes me feel powerful! Whether it was when as a kid I’d spend my time in front of a little radio or later in life when I began searching for my own tapes and records, I don’t recall an exact song or a particular way I remember hearing about her or that powerhouse of a voice, she was just always there. For example, I don’t recall having her albums in our house growing up yet it wasn’t unusual for myself and my sister to sing along to songs like “Respect” and “I Say A Little Prayer” and “Chain of Fools.” From music, to being empowered as a woman, or simply being in love, Aretha Franklin’s influence on my life is immeasurable. I won’t forget her.

Today, countless tributes continue on social media and this morning I’m grateful I was able to share my thoughts on how Franklin’s music influenced Latin music during my Enchufate segment on 91.1FM The Morning Amp (Vocalo). I also decided to reach out to some Chicago musicians and ask them about Aretha’s influence in their life and in their creative outlets. Because time was limited on the radio and I’ve received many responses I decided to put this together to share the experiences of others.

Here are some of their experiences interspersed with other Latino artists affected by her passing. 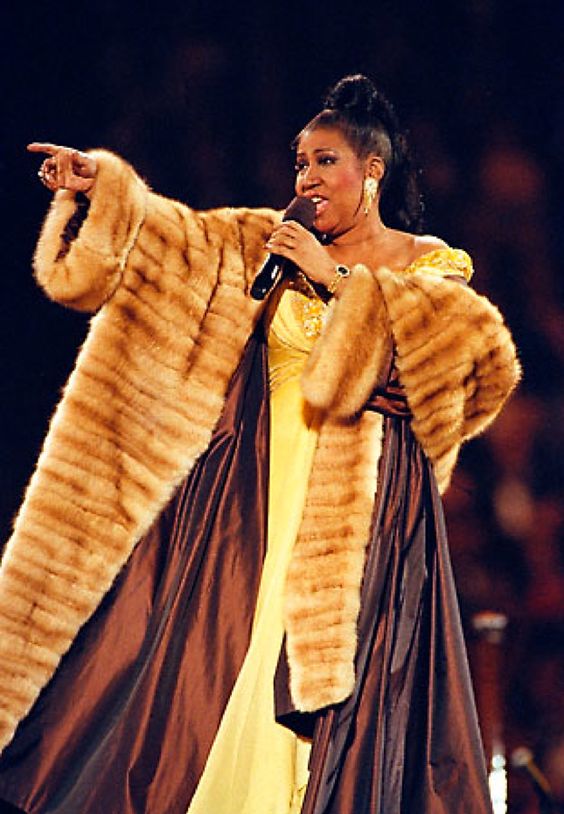 “Aretha was such a passionate complete artist even to her last performances. I have an all-female playlist of songs that I listen to when I am not feeling the most musically inspired, Aretha is obviously on that playlist. Everytime I listen to “(You make me feel) Like a Natural Woman” can’t help but smile and tear up a little, she was a living legend and her emotion and spirit is unmatched.” 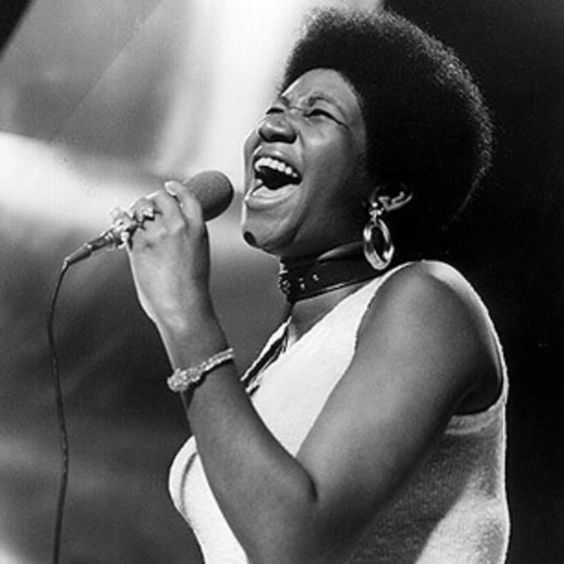 “I sing to the realists; people who accept it like it is.” 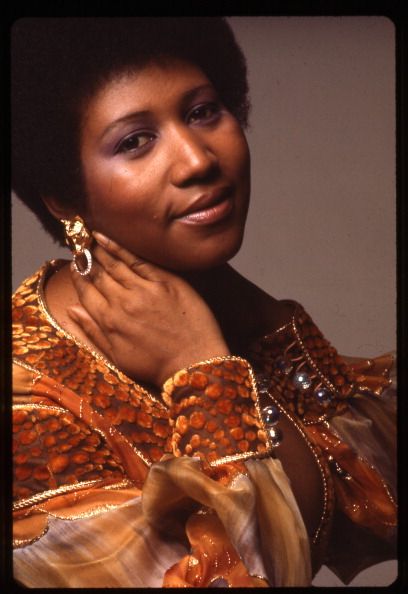 “She has influenced my music a great deal. I’m saddened by the loss of this great talent. Her song “I Say a Little Prayer” is what I use every day to sing my family off to work. I listen to her voice and wish I could have the emotion she did when singing.” “For as long as I can remember, Aretha Franklin has been the absolute zenith, the guiding light, the master for any girl that aspired to sing or even just appreciated someone at the top of their game. I was blessed to have sung with her on more than one occasion and each time I felt that I was in the presence of musical royalty that would forever raise the bar and set the standard. Long live the Queen of Soul through her extraordinary & singular voice and her indelible music.” “I heard a lot of Aretha growing up. My mom played a lot more Motown and obviously thru hip hop! So many dope joints built from her songs. My personal favs are Public Enemy “my uzi weighs a ton” and EPMD’s “Im housin” which are based off Aretha’s “Rock Steady.” 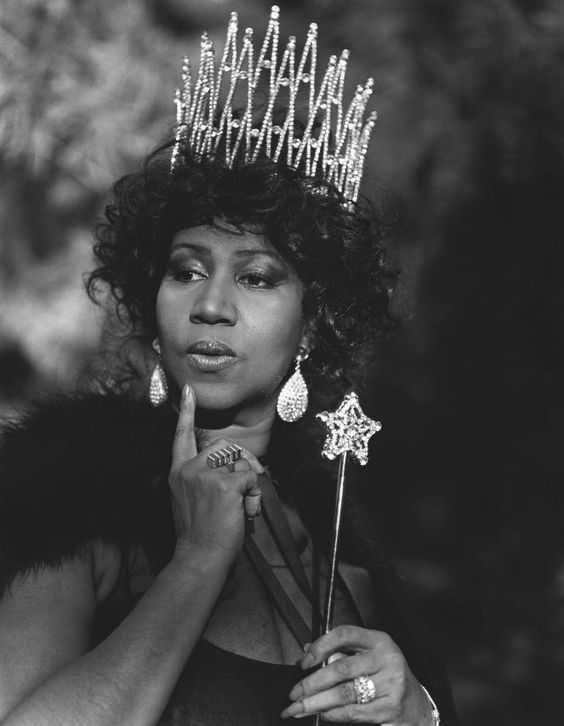 “Aretha Franklin was so woven into the fabric american culture, i didnt think of her as an artist, but an icon. I grew up listening to her powerful voice knowing it just was, eternal. “You make me feel like a natural woman” is one of my favorite songs, written and performed by some of the most talented woman of music. Later, i grew to admire her resilience and ethic. She was asked to sing “song of a preacher man”, but since her father was a preacher, she thought it would be disrespectful. she rejected a major hit out of respect for family and that story blesses me to this day.” 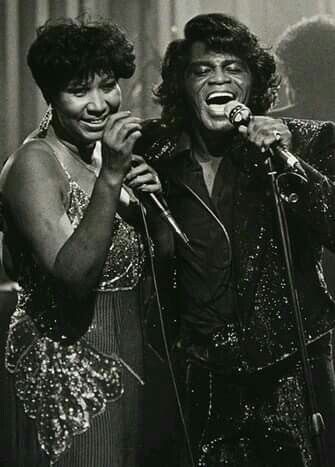 “At 13yo I learned how to sing “Chain of Fools.” It was the first time I felt what it could be like to be a fierce woman. Thank you, Queen.” 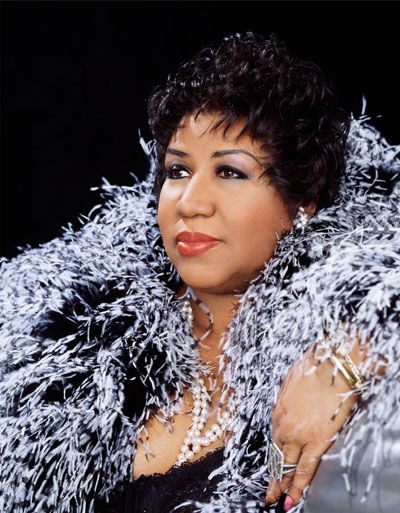 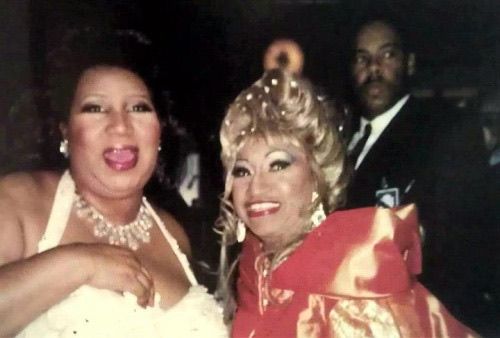 “I’m very sad from hearing of her passing. Aretha has played a huge influence in my life. I grew up listening to her with many generations in my family. Whenever we would have get togethers or just on a casual weekend morning. Her voice was incredible power and listening to her at such a young age it showed me that it was possible. I’ve always known that singing would be a huge part of my life and I knew it was possible that as a woman of color she could do it then I could do it too. She had a voice that made you reconsider what you were doing in life. And she made a difference with not only her voice but her lyrics too at such a early time as a woman. She paved the path for us at such a early time for so many future women musicians and because of that I’m grateful. And will always remember her, her music, and her legendary impact she had made on my life. I feel like I’ve lost a member in my family a little bit because she was so impactful. But her music will play in forever and she will always play a role in my vocal style for the rest of time. I know she will for me and for many! She will be very missed.” 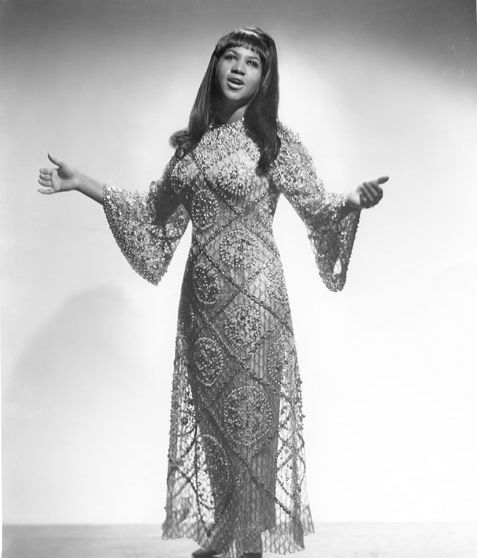 “I met/heard Aretha Franklin thru the 1980 movie ‘The Blues Brothers’. I remember being around 8 years old, when my family and I moved to San Luis Potosí. When we moved, we took a few VHS (or Beta) movies and one of those films was the classic The Blue Brothers. That movie introduced me to the greats of Blues and Soul music like Ray Charles, James Brown, John Lee Hooker, Donald “Duck” Dunn, Can Calloway and of course, the great Aretha Franklin. What stuck out about Aretha for me was a few things – her voice, her presence and her message. Her voice was at the same time angelical and raw. Powerful. Her presence; you could feel or notice her in the room without her even singing a word, and her message was very strong and feminine. Sexy, raw and in a literal way, demanded ‘respect.’ A lot of us are thankful for her music and her using that platform to support some of the struggles. She will be missed.” 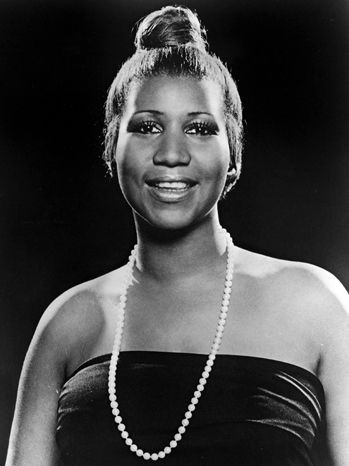 “Aretha has been influencing me musically since I was a small kid. I grew up watching blues brothers and me and my little sister, who is now active in theater and musicals, would always freak out on that scene and sing and dance to it. Sometimes would just pull out the movie for that scene. It was our favorite. My grandma also would play a lot of her hits, we always listened to the oldies station back when it was on 94.7. She would sing them to me as a kid so there is a lot of love and nostalgia when I think of Aretha or listen to her songs. As an adult I would sing songs of Aretha, Etta and Nina to practice my vocals. I love the soul in her voice and hope that my music carries soul and heart as hers did. When I spin a rock n roll set on vinyl I always throw in chain of fools and the crowd usually dances.” 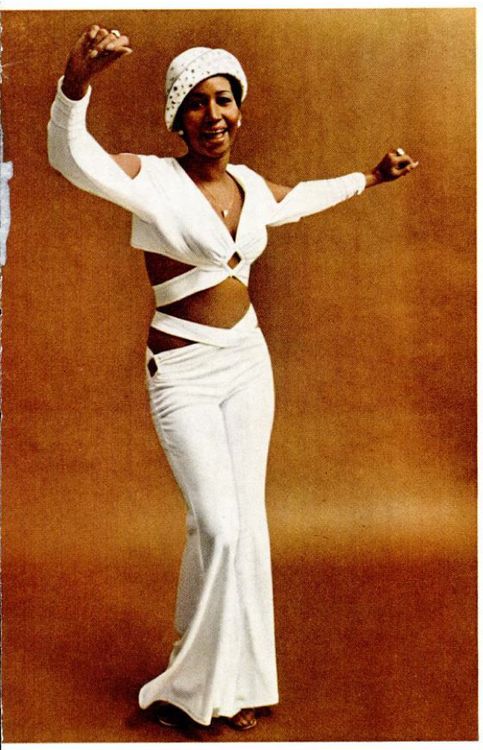 “I can say that growing up I heard Aretha’s music on the radio and in movies and it may have had an intrinsic effect on my understanding of what soul music sounded and felt like. I remember how ” Respect” was the soundtrack for the Chicago teachers union strike and how that song empowered and inspired powerful messaging in songwriting. She performed with such conviction and passion that it inspired me to see her sing it like she meant it. She truly was a soulful Queen that made a lasting impression on our music and culture.” Museica of The Braided Janes

“As a singer, 1st generation chicana and queer woman of color, when I think of Aretha Franklin I think of owning your identity, and demanding respect. Her voice echos in the memory of my formative years like an anthem, a reminder that we are perfect as we are and to never settle for less.” “I discovered her during my soul records acquisitions from thrift store record digging (early teen years). Hand in hand with ray Charles, Nate king cole trio, and james brown among others. It sounded unreal and gave me a glimpse into the experience and perspective of southern African American creatives. Esp hearing it on scratchy wax. She also had a cameo appearance on “the blues brothers movie” filmed in Chicago (one of my father’s favorite films). Watching her sing “respect”was a testament to the strength and pride of a woman on the big screen in that era.” “She was definitely an influence on me. I grew up listening to her throughout the 80’s. That unmistakable powerhouse voice just pulled you in and commanded RESPECT. Powerful yet soulful. As a matter of fact I can’t look at a pink Cadillac and not think of her. I grew up listening to a lot of R&B as a kid and Aretha is at the top of that list. One of my favorite collaborations of hers that I really love also includes another great artists who left us too soon George Michael.”