In addition, it’s almost unimaginable, but most of the music on Sabor Maracuyá Desnuda – like the most amazing and magical of jazz – is improvised! ¡Esta tremendo!

This morning we had the pleasure of debuting the track, Ojala, on 91.1FM during The Morning Amp (Vocalo) and right now we are proud to present this fresh new track, Sudor Cafe Morena…

…the band’s leader (and also part of Almas Fronterizas) gave a glimpse into some of the music in the album when he spoke with NPR’s Alt.Latino saying, “There’s a rare sonic experimentation delving into the depths of weird Latin soul that takes no precedence over any specific genre, but rather is as fluid as the shifting demographics of the U.S. today.”

When it comes to the song, Totonita Encantadora, he explains that it came together one day after the band had dinner in their studio. “We wanted to spend the rest of the night unwinding on a cumbia arrangement that would eventually become the condensed 13 minute track you’re listening to now. Looking back on the album, there’s a rare sonic experimentation delving into the depths of weird Latin-Soul that takes no precedence over any specific genre but rather is as fluid as the shifting demographics of the U.S. today. Lyrically, I wanted to approach the track like an incantation using as minimalist an approach as possible with room to improvise over erotic verses. Multi-percussionist, Ahkeel Mestayer dominates the rhythm with timbale giving light to  cumbia sonidera  territory while Ruben Sandoval’s Rhodes keys hypnotize the listener, break after horn break by the Rodriguez brothers, Carlos and Jorge. Totonita is an invitation to infinite pleasures, whispered caresses and tropical sweat perspiring amongst the most intimately aroused flesh.”

… is formed by Gilberto Rodriguez on guitars and vocals, Ahkeel Mestayer on percussion, Ruben Sandoval on keys, brothers Carlos and Jorge Rodriguez on trumpets. It also includes vocals from Ilia Correa Sepulveda on the track Bahiá Caliente. 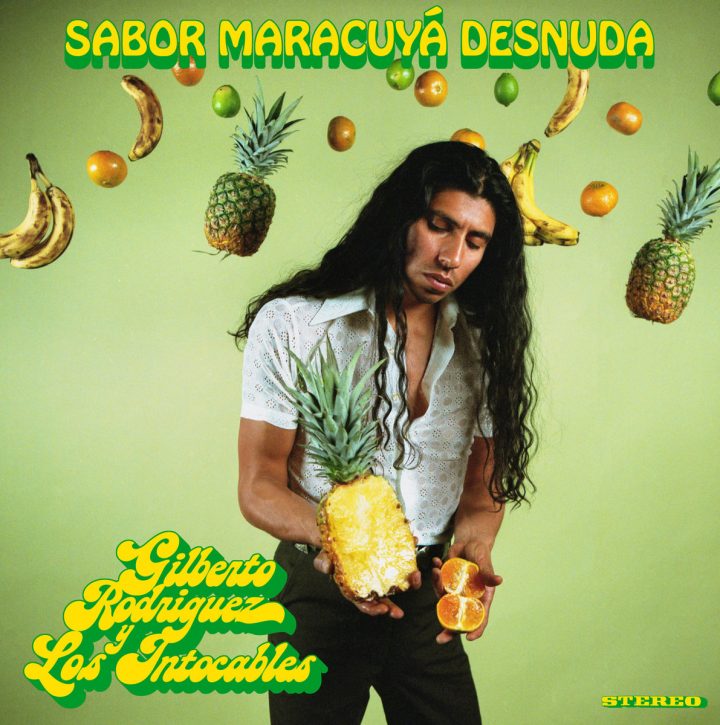 … was produced by Greg Landau and Gilberto Rodriguez and recorded/mixed by Gabriel Shephard at 25th St. Recording. It is available on all digital formats, on vinyl, and via Empty Cellar Records.