We’re only a few days away from Ruido Fest 2018, taking place June 22-24 at Addams/Medill Park, and showcasing three days of Latin alternative sounds from across Latin America. Tickets available at: RuidoFest.com 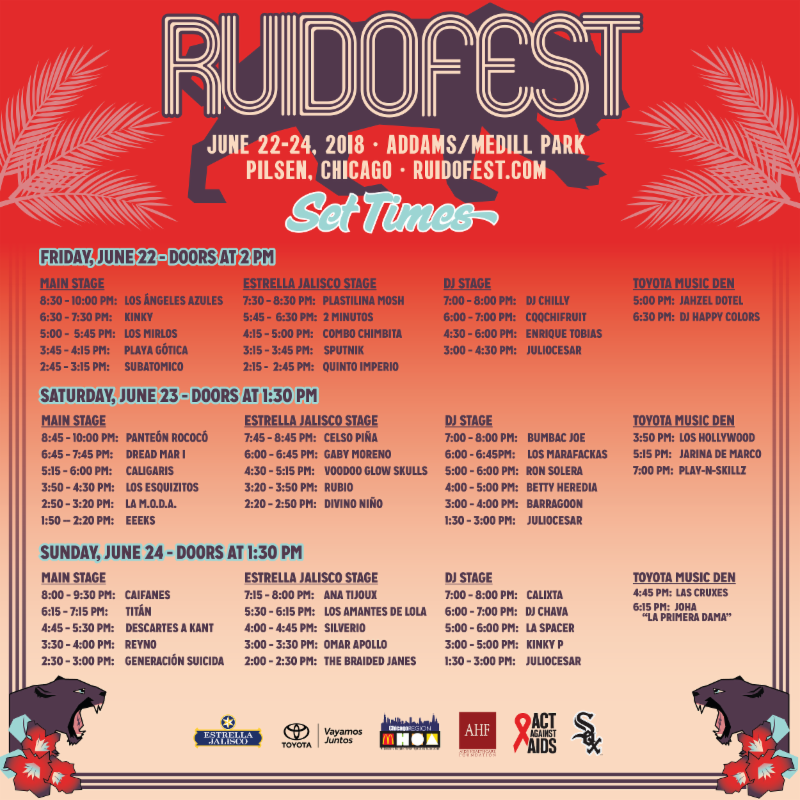 Here’s why you can’t miss it…

If like us you’re counting down the days to Ruido Fest, you know that we’re just a few days away until the epic three-day fest officially kicks off.

Now in its fourth year, the Ruido roster promises to bring together some of Latin America’s most iconic bands, like Caifanes and Los Ángeles Azules, and eclectic up-and-comers. While also showcasing girl power with badass female artists like Ana Tijoux and Gaby Moreno.

We can go on and on with reasons why you can’t miss out this year but here are five things we’re looking forward to at this year’s Ruido Fest, which are sure to give you FOMO.

After a successful run at Coachella, Los Ángeles Azules will make their Ruido Fest debut and it’s safe to say that they are among this year’s highly anticipated performers. Leading the cumbia movement at Ruido, Los Ángeles Azules will be joined by other cumbia power houses like crowd-favorite Celso Piñaand up-and-comers Combo Chimbita from New York and Chicago’s very own Quinto Imperio.

If you’re looking for some girl power at Ruido Fest, we’ve got you covered. French-Chilean hip-hop artistAna Tijoux and Guatemalan blues-folk singer Gaby Moreno are two stand-out mujeres that will take the Ruido Fest stage. Other fine-print female performers worth checking out are female-led bands Playa Gótica and The Braided Janes, as well as DJ’s Calixta, DJ Chava, La Spacer, Betty Heredia, Cqqchifruit and Kinky P.

This year, Ruido Fest will support and spotlight Chicago music artists on the rise and give exposure to the Windy City’s diverse music scene. In fact, one of this year’s local performers was chosen by fans after the bands battled it out for a spot on the sacred Ruido Fest stage. The contest winners, Quinto Imperiofrom Back of the Yards, will join Chi-Town’s bevy of talent including Divino Niño, The Braided Janes, Barragoon, Ron Solera, Bumbac Joe and Enrique Tobias, among others. And of course, the must-see DJ’s already mentioned in the GRL PWR section.

Cue the nostalgia and get ready to sing your heart out with Caifanes on Sunday, June 24. It took the band four years to finally perform at Ruido Fest but it’ll be worth the wait. Caifanes will celebrate three decades of rock en español for their Ruido Fest debut. The band’s set, which is sure to include oldies but goodies, will wrap up the three-day fest with a bang.

[Still] the best from the Midwest:

Ruido Fest continues to cater to rock-loving festival goers by staying true to their Latin alternative/rock festival roots and including headliners like Panteón Rococó and Caifanes. While the Midwest seems to still be an underserved area when it comes to showcasing alt/rock Latin acts, Ruido Fest fills that music void. And in solidarity with the Latinx/immigrant community, Ruido Fest also challenges an anti-immigrant sentiment thriving across the nation. This is when we have to make some ruido. 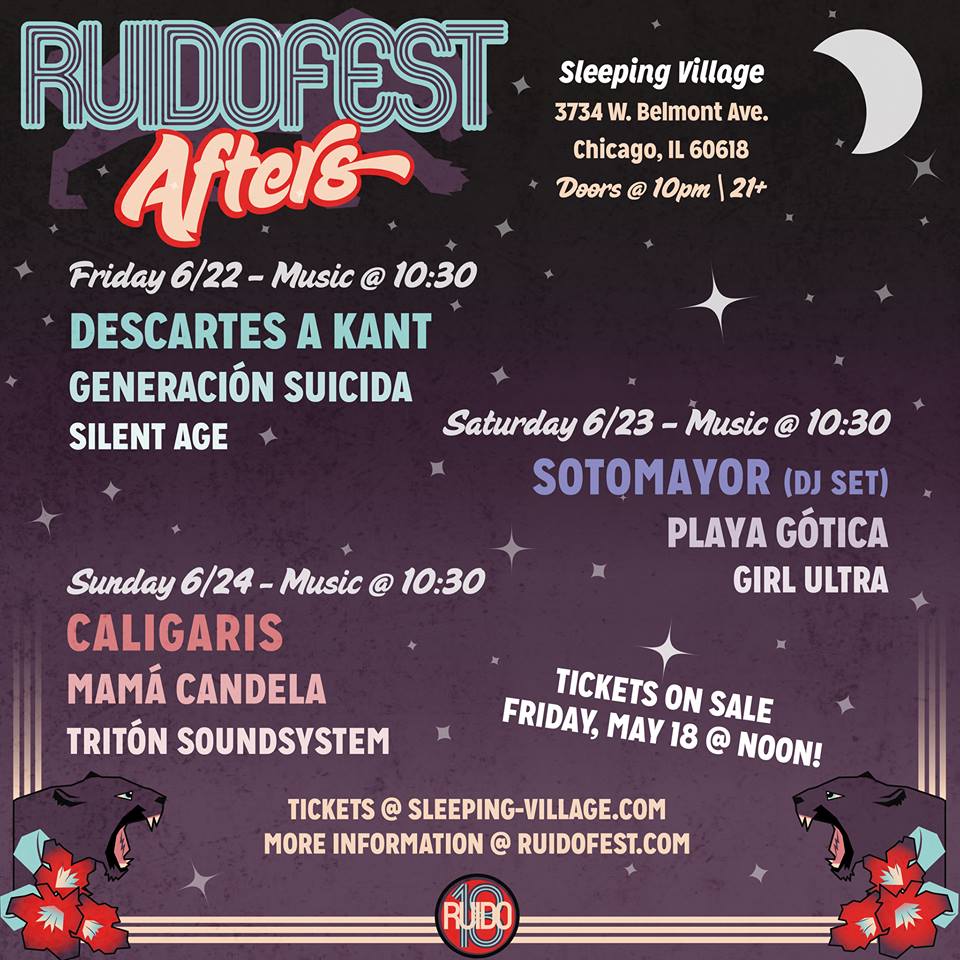