All photos by: Manny Velasco 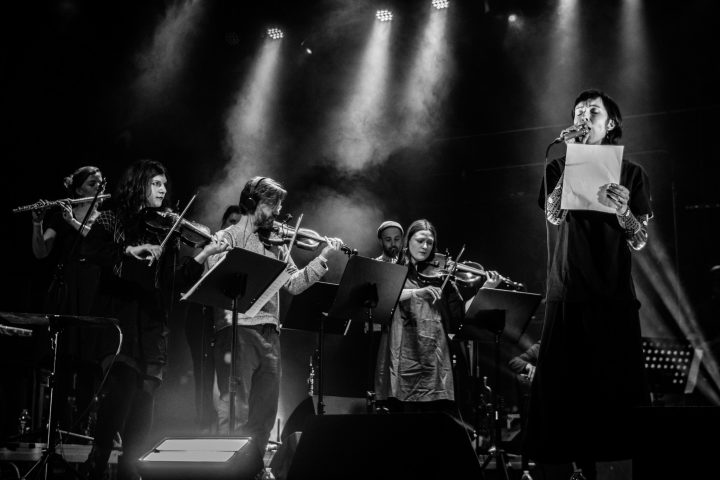 Throughout history, some the best art has been created during dark times to counteract (and sometimes accentuate) negative energy. The unlikely yet completely sapient collaboration between Poliça and s t a r g a z e has resulted in such superlative art culminating with this month’s release Music for the Long Emergency and captivating the audience last night at Pilsen’s Thalia Hall. 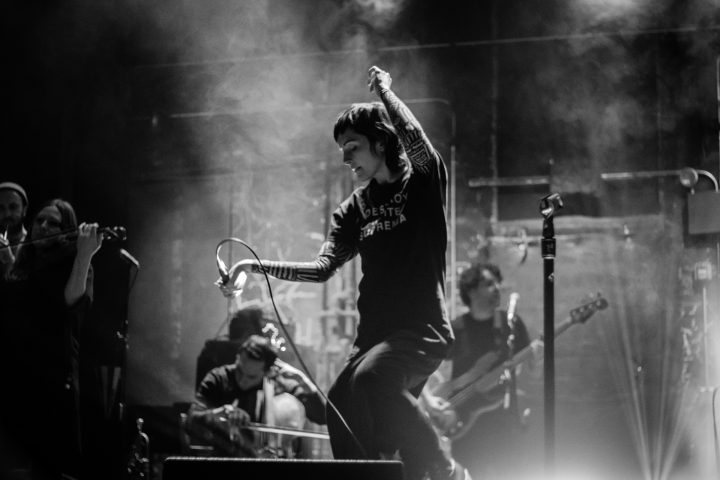 Not only was last night’s show an explosive journey into light and sound, ’twas a showcase of the possibility of aforementioned collaboration. Poliça and s t a r g a z e took their combined electro-crash-pop-neo-classical material, incorporated some songs from Poliça’s previous catalog, even wrote a song specifically for Chicago and presented a religious experience of sorts, a practice in transcendental wavelengths and consciousness…if you’re into that sort of thing… 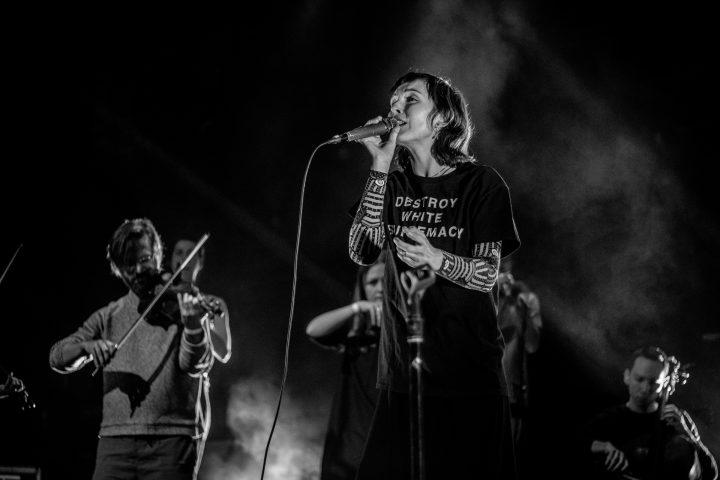 By the third song, an enchanted trance had exuded from stage to floor to balcony to the windows to the walls of Thalia Hall, and the remarkable performance was firing on all cylinders. Right up there with the likes of Sigur Rós, according to show goers afterwards, this was lowkey one for the ages. 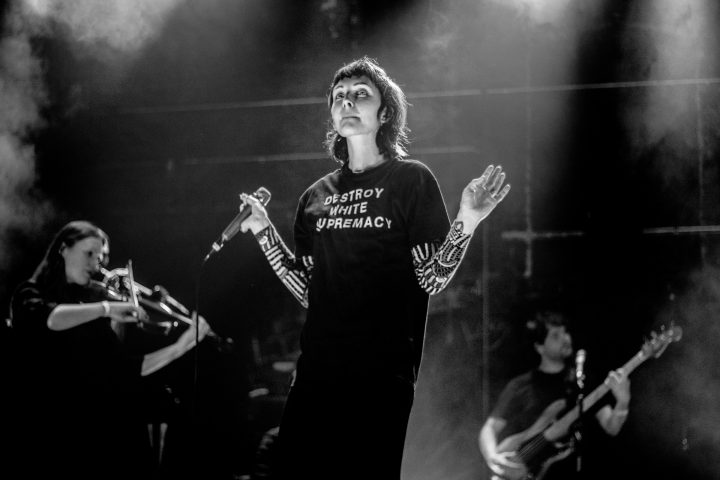 How is This Happening?, a ten plus minute meditation dedicated to the resistance and the underlying feelings that came with the election of agent orange, incorporated an accompanying performance piece of an interpretative modern dance duet and powerful body manipulations. Evolving organically and powerfully into a full-blown performance art and experience piece, the contemplative and subtly defiant lyrics which were spread out and improvised beyond the album version can be found here: 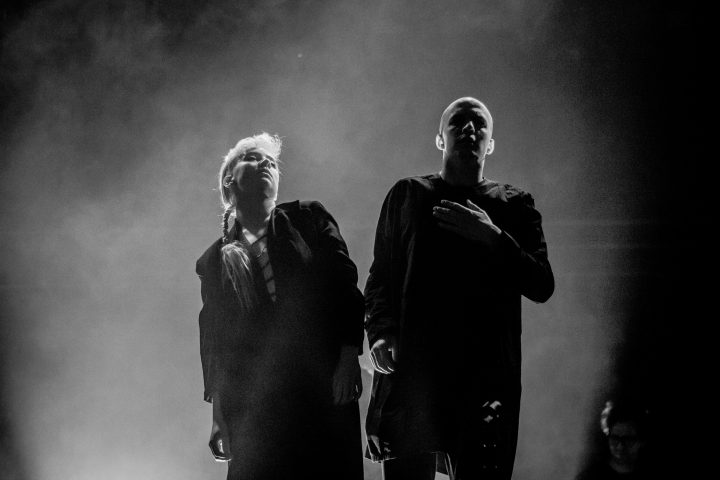 “We’ve got a few more shows here, then we’re off to Europe. It’s been fun playing with s t a r g a z e and have them experience Culver’s.” Her awareness of America’s ridiculousness was acutely on display.

They followed that brief interlude with “a song specifically written for Chicago,” called Angel that was absolute fire. Lipstick Stains from last year’s single with German music producer Boys Noize, followed with evocation of emotion and visceral viscosity. 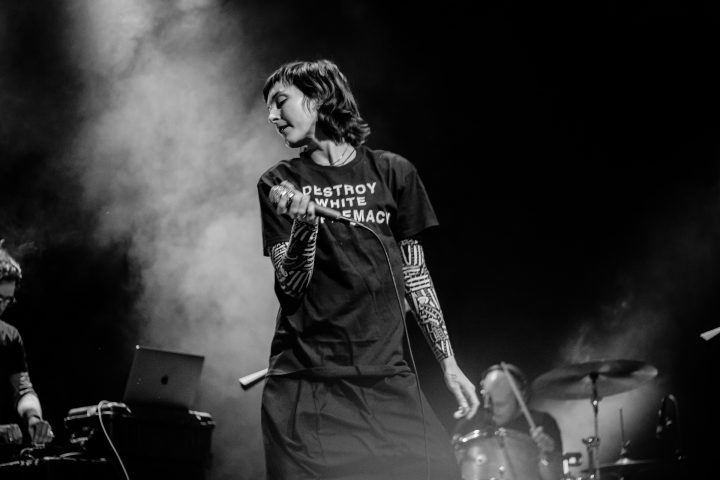 Agree from last week’s Music for the Long Emergency smoothed out the set…if even momentarily…for what happened next can only be described as pure, unadulterated anarchy. Fifteen plus minutes of celestial orchestral experimentation, dancers, voice manipulations, more dancers, sonic kinetic energy, more and more dancers: wild in the best possible way.

Among the pandemonium onstage, it could be easy to get lost and lose track of the message of destroying white supremacy, smashing the patriarchy, and reimagining a future where music reigns supreme. This, however, was a focused, succinct sonic attack on the powers that be. We’re coming for you, and it’s only a matter of time before creative minds combine to first respond to the long emergency then create a world where positively anything is possible. They continue their quest tonight in Cincinnati at the Contemporary Arts Center. 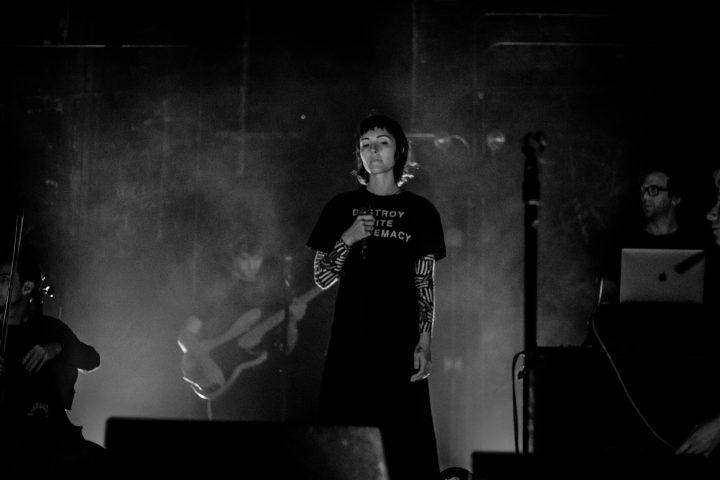