Previous LAMC “Discovery Award” winners include Kinky, Carla Morrison, Astro, Los Rakas, ILE, and AJ Davila, providing a springboard into established careers. Referred to as the “Sundance of Latin music,” the LAMC serves as a continuous indicator of what is up and coming.

As part of their LAMC “Discovery Award,” both A.CHAL and Jesse Baez are taking home a prize package including equipment from Shure, PioneerDJ, Gibson Brands, and Native Instruments.

Jesse Baez is an R&B enthusiast born in Chicago, raised in Guatemala, and currently living in Mexico City, who, at an early age, was exposed to the sounds of Motown. He found his voice through collaborations with different artists and producers. In early 2016, Jesse released his debut EP B A E Z, a collection of seven songs that rapidly positioned him as one of the leading relevant new artists.

Since his debut EP and Billboard hit, Ballroom Riots, Peruvian-born and Los Angeles based singer, songwriter, and producer A.CHAL has been patiently building his fan base with his signature sound. With the support and coverage from the likes of The Fader and Noisey, his impressive debut album Welcome to GAZI, the noteworthy video for “Round Whipping,” and his growing touring history, A.CHAL is an artist to watch. 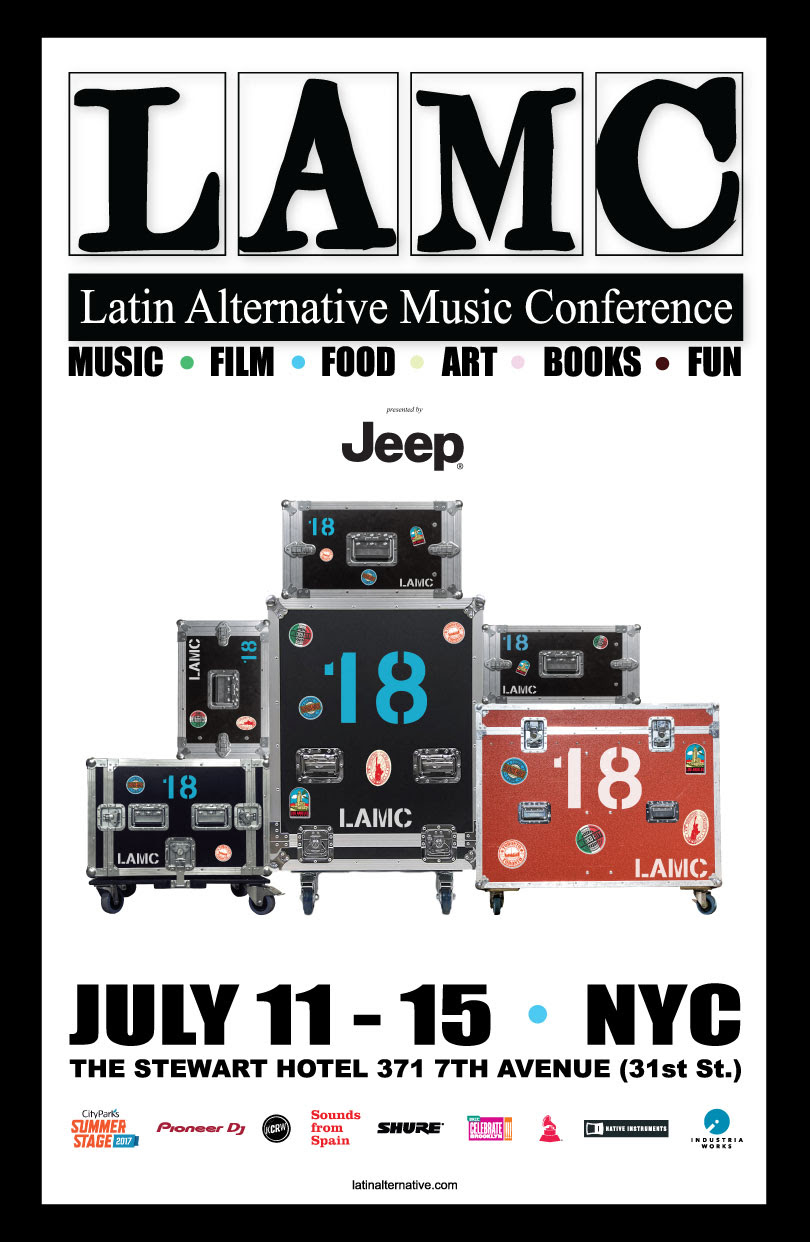 The 18th annual LAMC has been yet another exciting year. With more than 1,000 attendees, the conference provides networking opportunities with leading artists, entrepreneurs, journalists, marketers, managers and programmers, in addition to the LAMC concerts and showcases across New York City.