It is a warm Sunday afternoon and I find myself on a rooftop studio in Mexico City. As I head back inside I observe a group of people, actually a room full of strangers, who are all quietly talking, almost as if whispering to each other. I overhear informal introductions being exchanged in different accents and there’s a buzz of excitement in the air, because, despite not knowing each other, we all know that each of us is anxiously awaiting this private acoustic performance by Giovanna Núñez aka La Lá. 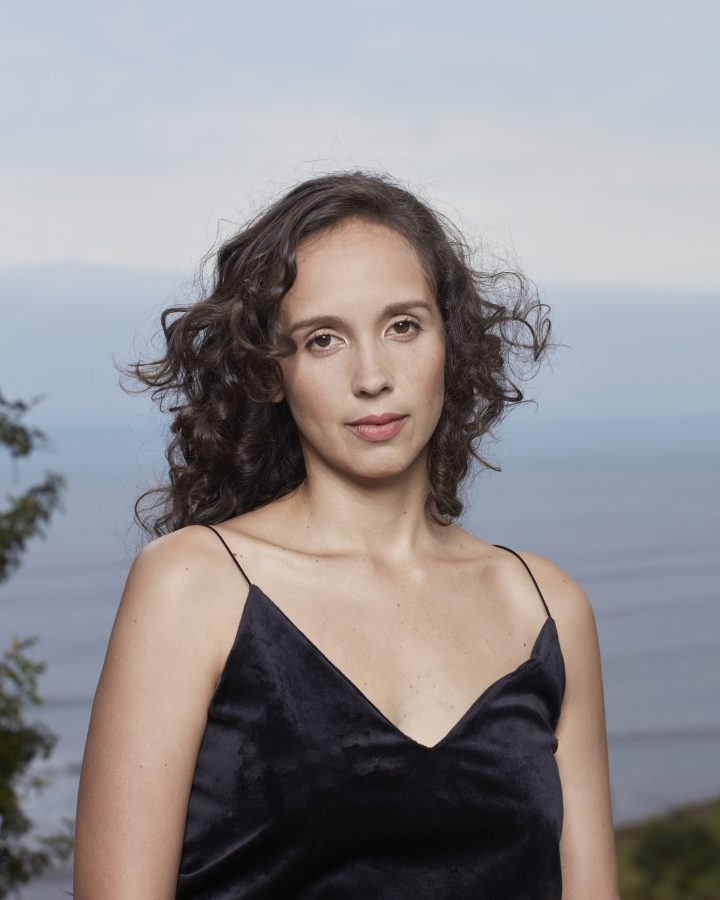 This was the first time Núñez was in Mexico, all the way from Peru, and it filled my heart with pride and sadness at the same time. I was born and raised in Lima and I had somewhat forgotten the rich mixture of culture, textures of sounds and compositions that Peruvian artists have to offer.

Núñez began her musical journey in 2009 and has already delivered two phenomenal albums:  Rosa (2014) and Zamba Puta (2017). Her creativity has allowed her to take take her audience on a mystical journey through sound and on her latest album she has pleasantly surprised us by taking her music on a more jazz sounding route. It totally makes sense, though, since she was part of a jazz band when she was younger.

Zamba Puta was titled this way purposely. These two words are considered demeaning, racist and used in machista societies to degrade women. This album is a musical demonstration against these violent verbal attacks, like the ones she’s encountered in Lima. La Lá has effectively flipped the script by her use of compelling lyrics and seductive tones to remove the negative associations with these words. She’s found a way to fight such cruelty that still exists in society. 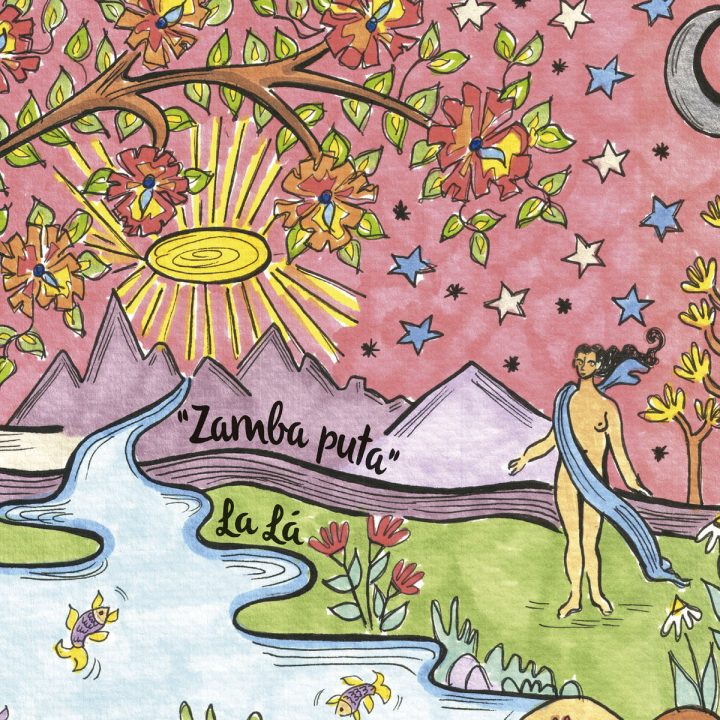 La Lá made her debut at one of the most recognizable independent music festivals in Mexico City, Festival Marvin. Unfortunately, due to a conflict in my travel schedule, I was unable to make it to that showcase. Lucky for me I was invited to this specific acoustic performance where other music enthusiasts, along with industry folks and journalists were now gathered and as the effects of the chilcanitos were taking place, everyone began to exchange information, getting to know each other and becoming comfortable before the performance got started.

We were all in musical heaven as La Lá began their set with Primor, followed by Caramelo and then Oeste. Alongside Núñez were musician Julio Pérez Luna on guitar and Fil Uno on cello. The trio filled the room with an array of lovely melodies, and everyone received them with love. They ended their set in tones of gratitude with Mango, Hiedra and Mamífera, which can be found on their debut album.

Hey, now, don’t be jealous, friends. Guess what happened after their set? You know it! Ganando como siempre I was able to chat with La Lá. Yes! Check out my interview below and just below that the debut of a new lyric video for “Espejo Adolescente.” You’re welcome, friends.

Your album speaks about the violence and discrimination against women in a machista society such as Lima. What other outlets, besides music, do you use to fight against it?

As a person I manifest my beliefs regarding this with my work. There are time when I’m invited to participate in activities with different collectives and non-profits which associate my music  with their work.

I noticed that during your set, your child giggled every time you began a song and your response to him was a shy smile. How has motherhood influenced your growth as a musician?

Since the birth of my first child I feel that I completely changed the way I am. I became fearless and happier, which helped me be the musician I am to begin with.

How has your music been received in Lima, especially being in jazz… is this something unusual in Lima?

In Lima there exist many jazz clubs and different jazz associations. Certainly this genre does not belong to the Peruvian popular culture but it does have many followers all around the world.

Now check out this exclusive lyric video for the song, Espejo Adolescente…