We are in week four of the nail-biting battle of the bands at Simone’s. The third week’s winning spot was given to Avantist who will now be performing at the Pilsen Festival on August 19. The battle continues Thursday evening (June 1) at Simone’s with performances by Joslyn Marie, Angele Anise and Cordoba. 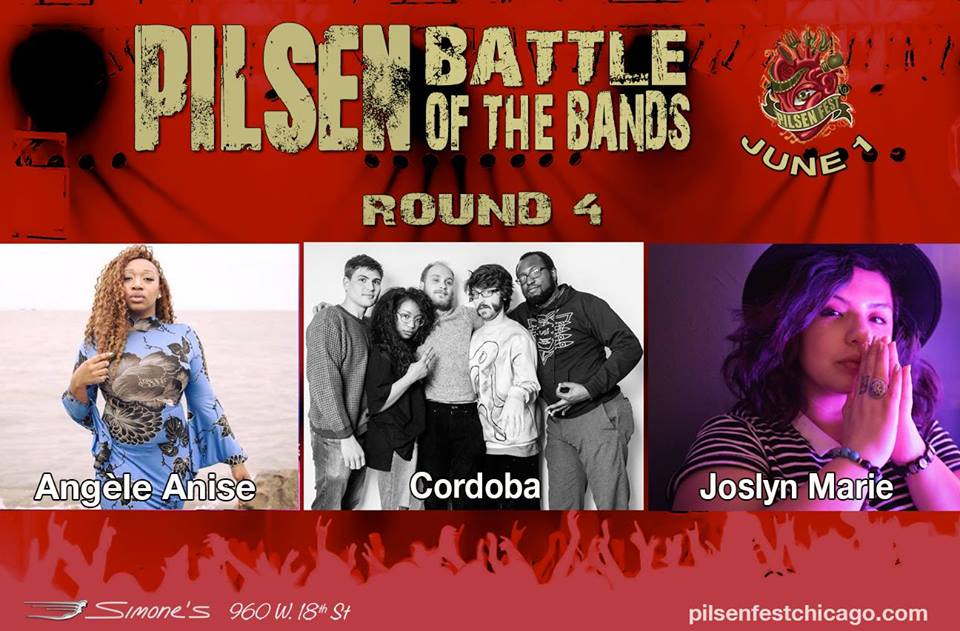 Now, let’s recap last week’s bands and make sure to visit their pages and give them a like. Support local music! 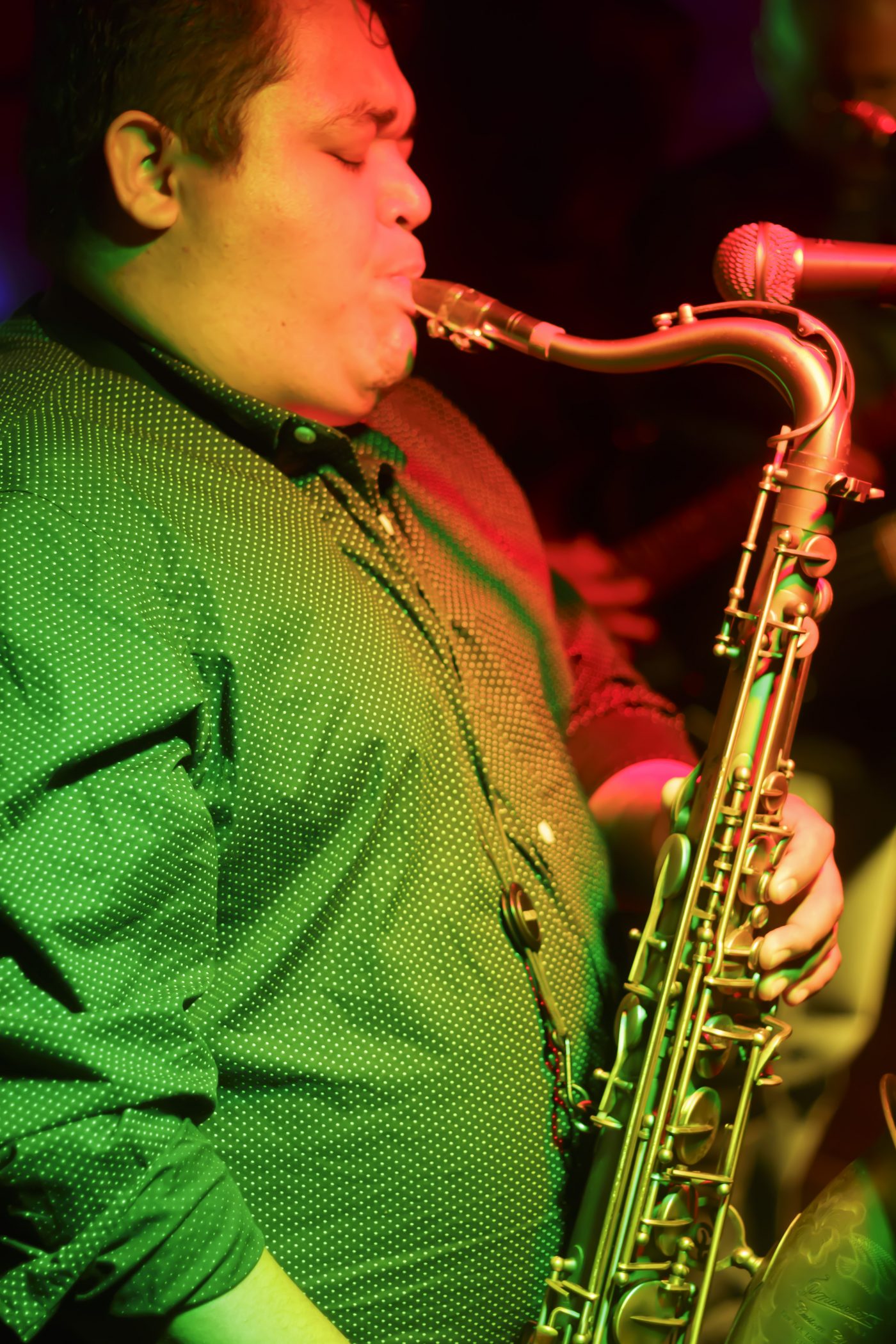 Lalo Cura is a 4 piece band out of Goshen, Indiana whose last LP, La Mala Racha, was released in 2012. The group’s sound has been developed by all Latin music genres with an emphasis on rock en español. The saxophone player really stood out throughout their set.

Lalo Cura has been on the rise since being selected as part of Alt.Latino’s Favorites From NPR’s Tiny Desk Contest in 2015. These guys have also been politically active through songwriting and performing at voter registration parties. The bright spot of their set was the opening song because of their traditional Latin rock sound mixed with a jazz fusion twist. 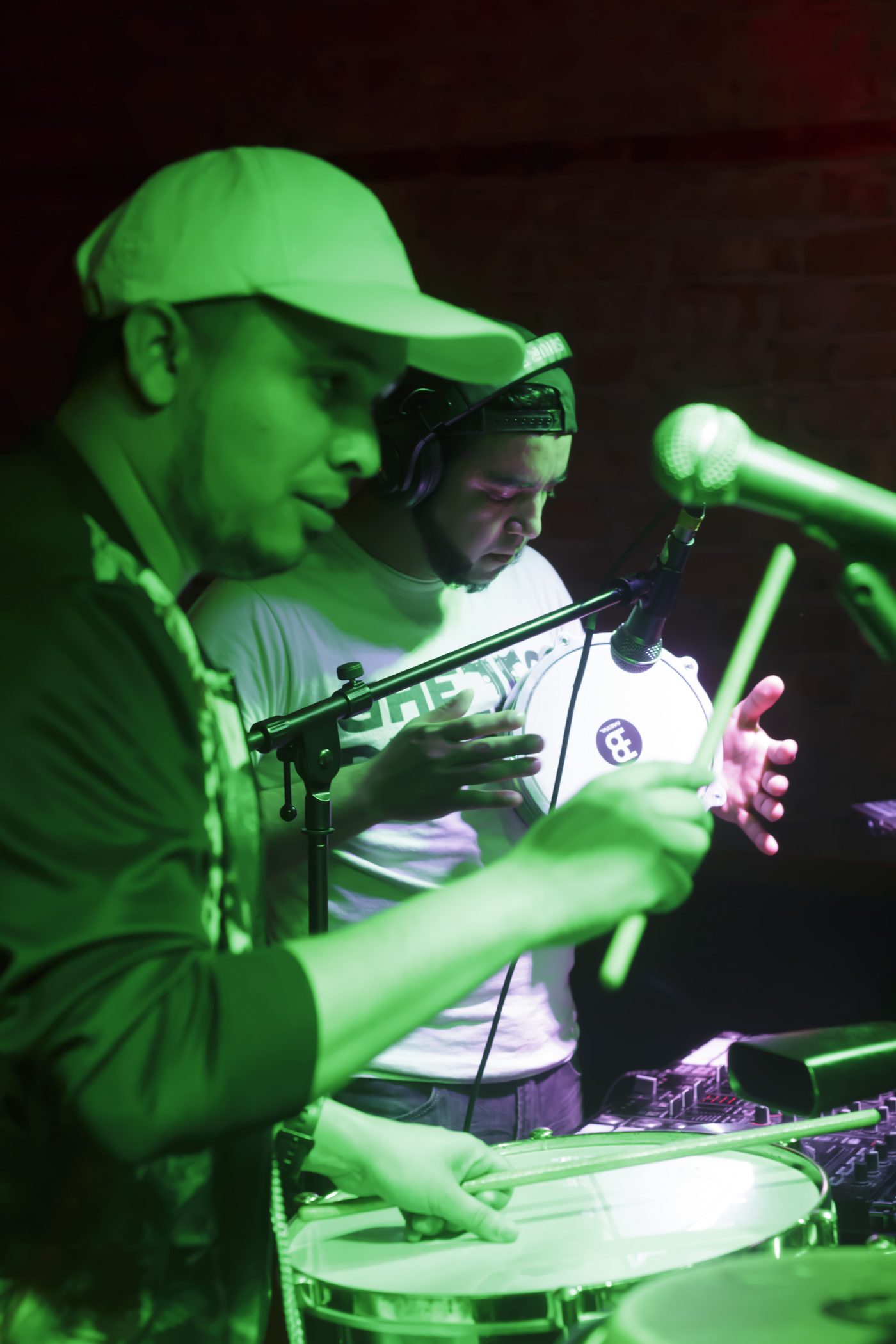 Our second competitors for the evening were Cosmic Samauri (Ghetto Division DJ Crew) and Lester Rey (Chicago boogaloo artist). Both artists have had lots of success separately but recently decided to join forces by combining a DJ and a live percussionist. They performed a live set of cumbia, salsa, global bass, and reggaeton. Cosmic Samauri performed a flawless set of classic Latin tracks mixed with modern house, reggaeton, cumbia, and salsa tracks.

Rey released The Blue Lion EP in 2016 and most recently dropped a remix album entitled Blue Lion Reimagined. Lester Rey has been a mainstay in the Latin music scene and is one of the top Latin percussionists in Chicago. This collaboration was a good move for both artists as it really showcased their strengths musically and got the crowd moving. 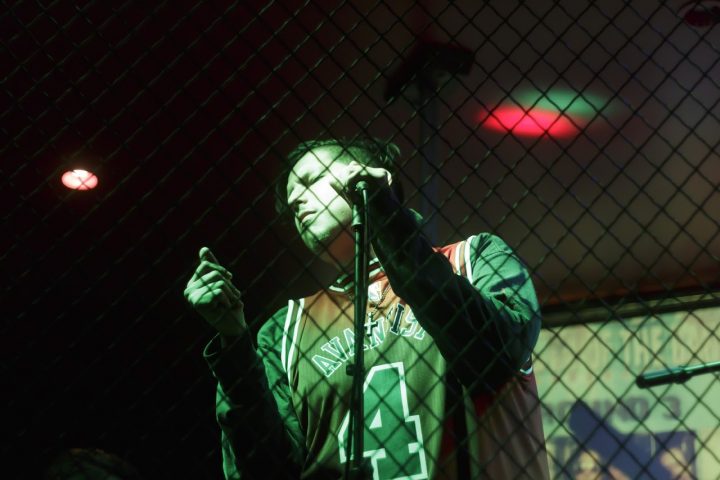 Your winners for the evening were the Avantist, a four piece band of brothers whom I spoke with prior to their set. The band explained that they’ll be on tour in July, hitting the  south and Midwest. They just released a music video which is very unique and sets them apart from other bands. These brothers are humble but yet know their worth. I have been following Avantist for a year now and I was not surprised by their victory.

Avantist do not fit in one genre of music because they are very diverse musically and get hardcore in the blink of an eye. At one point in their set, Fernando (lead singer) began to sing a Backstreet Boys song (“I want it that way…”) and then very abruptly broke into a thrash metal face-melting song. They play a unique brand of high energy soul moving Rock n’ Roll.