When it comes to our sense of taste, sometimes the most alluring gastronomic sensations are a result of the most unassuming ingredients. On the other hand, bringing together contrasting flavors can create the most magical of moments. Such is the case in sound when it comes to IIII​+​IIII, the debut album by the group of multicultural electronic musicians known as ÌFÉ. Led by Otura Roso Mun, ÌFÉ is in Chicago to debut this engaging spiritual musical at Thalia Hall on Sunday, May 28.

As a preview to their performance, here’s a conversation with Mark Underwood where we discuss everything from Assassin’s Creed, to the meaning of freedom (and its relation to the effects of colonialism) and even his surprise at opposing reactions to Oscar Lopez Rivera, which led him to revisiting the book, The Fire Next Time, by James Baldwin. From that, comes contemplation of the parallels between the African American struggle and the struggle in Puerto Rico against colonialism. He explains his appreciation for Kanye West as a producer and emphasizes the fact that ÌFÉ does not play electronic rumba but will continue to study rumba masters like Los Muñequitos de Matanzas, Yoruba Andabo and Los Rumberos de Cuba, “because that’s the foundation that I’m working on. […] I will be a student for life” he says.

The conversation is enlightening as he reveals how personal the sounds are on this album. He tells me about Ogun and the orishas, about liberties and war…

Here’s my conversation with Otura Roso Mun. You can get up close and personal with ÌFÉ this Sunday, May 28 at Thalia Hall. Doors open at 9PM. The Mole de Mayo Official AfterParty Concert features Celso Piña, ÌFÉ and Dos Santos: Anti-Beat Orquesta. Details here. More about the album below.

IIII+IIII vows loyalty to growth through courage. The decadent electronic components create joyful symmetry through an imaginative contrast of sounds, each track expertly defying the next. You’ll move through the “African Latin Diaspora of music and religion, and many points in between,” in their well-known debut single, 3 Mujeres (Iború Iboya Ibosheshé) as well as get a feel for what happens when electro-bomba-and-plena and echoes of flamenco come together in Prayer for Oduduwa. 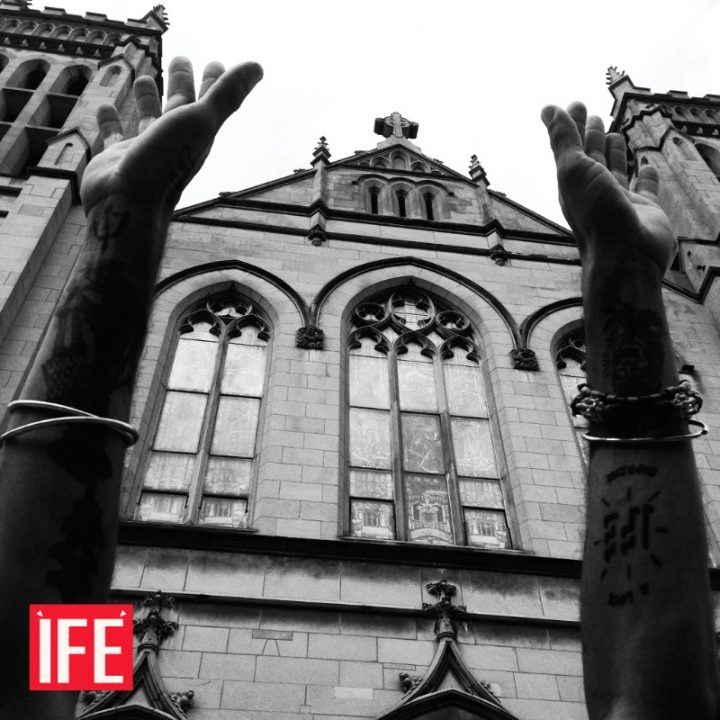 IIII+IIII alludes to that which is necessary, beyond dedication, to achieve personal freedom. The collection reflects evolutions of newfound information.

“Over the past year, ÌFÉ has embarked on their first-ever tour, taking the group from San Juan to Barcelona and Toronto to London. The group is a bold new musical project created by polymath Otura Mun. Mun, an Ifá priest or ‘Babalawo’ in the Yoruba religion, has been at the vanguard of the Puerto Rican music scene since arriving from Indiana in the late 1990s, producing critically acclaimed albums and songs for many of the island’s most important musical voices, including Mima, Cultura Profetica and Calma Carmona. ÌFÉ is his first solo project.“