The Latinx music scene in Chicago has received a jolt of excitement in recent years thanks to new summer festivals like Ruidofest and seasoned festivals like Mole de Mayo hosting classic acts like Celso Piña. In the midst of our excitement for the tried and true, Sabado Sabroson is giving us a taste of homegrown music and showcasing the talent in our own backyard. Décima and Mán Cub are part of Sabroson’s line up this Mole de Mayo weekend and open up to Gozamos about their inspirations, their experiences as solo performers, and of course their art.

Décima is an Albany Park native who picked up singing the old fashion way: listening to a beat up sound system at home with her mom, her dad, her uncle, and her brother. Her uncle, Jesus “Chuy” Duarte, was a member of duranguense group Mazizo Musical and played a significant role in encouraging Décima at a young age to use her voice as her main musical instrument. While she isn’t pursuing duranguense today (never say never), her vocals shine through her latest EP, ladyfinger, an emotional project with experimental electronic sounds and familiar RnB rhythms. 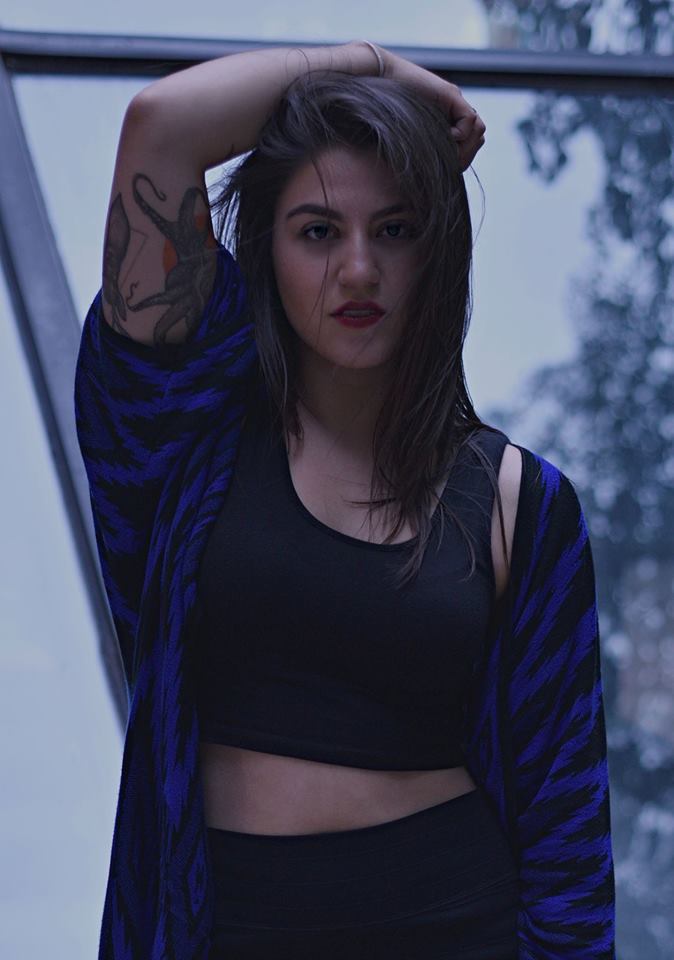 Your voice is amazing. How did you get started singing?

Growing up with my uncle since I was born and being around him was a HUGE impact in life and love towards music. He would close his eyes and his fingers would just know where to go and at what time to move. It was beautiful. He would move his head to the beat or the flow he was feeling. I would literally stare at him. I think I fell in love with the way he felt the music and I wanted to feel the same thing. He would also sing, and since I didn’t have an instrument, other than my voice, I decided to use my voice.

As a freshman at Whitney Young High School, I first sang in front of a large crowd of like 30 to 50 people at the school Coffee House event. I always went on stage and sang song by Juan Gabriel or Vicente Fernandez. Yes. Mariachi. I sang Mariachi. I also had my quinceañera in Mexico and instead of having a surprise dance, I sang three songs. My quinceañera and the SLA event at school have been my largest crowds (500 people) to sing as a solo artist.

In my college life, I joined the University Choir and Chamber Choir conducted by Michael J. Anderson. That was singing at a whole other level. We had to perform a like 70 paged book of music in like an hour straight. Or it felt like an hour. There was a lot of sight-singing which I am still not great at. Haha, but again, I loved it a lot. It wasn’t till recently that I began performing as a solo artist and this has been a journey in the past year.

You’re also a solo act in Chicago which can sometimes be rare. Who/what motivated you to pursue music as a solo female artist?

I didn’t know it was rare. I think I just do me and what I want to do without knowing who is doing what out there. It’s hard though, to do it on my own, which is why I was being so bad at being a solo artist. I knew I wanted to sing and be on stage but I didn’t know what I needed to do to pursue that.

I went to an audition by Univision (Va Por Ti) back in April 9, 2016. It was a Saturday. The only reason why I remember that is because I met Oscar Oceguera at that audition. I was giving up on music before that. I wasn’t paying much attention to it. I thought I wasn’t cut out for it. Giving up completely. I only went to the audition because my mother told me to try and I was like, fine. When I got to the audition, Oscar was working there with the radio department of Univision, and I went up to him since he looked like he knew what was going on. I asked him where I was supposed to register and he pointed to a table. That was it. Then I sat in a waiting room, was asked by some of the crew to sing for the camera for b-roll and Oscar heard me sing. He later went up to me, told me he was a producer looking for artists and that he was interested in me. I said yes, we exchanged contact info and now we are here. Working together as a team and following our passion for music. Oscar is the person that motivated me to pursue music as a solo female artist. He is an amazing producer and has a creative brilliant mind. He is super into pop. Pop is his thing. I think we make a great team because our creative taste is so different that when we blend it we create unicorns.

The first track “u r” was my favorite track off the Ladyfinger EP. Which one did you have the most fun with and what do you want people to know about the EP?

Thank you! It makes my stomach tingle when people tell me they have a favorite song. u r has gotten people’s minds from what people have told me. Every song was a completely different experience. u r was the fastest song that we have ever made so far. We walked into the studio days after making the play and we felt moody. Down. Sad. Oscar was like, “Hey, go up to the mic and just sing anything acapella. Improvise something.” So, I walked up to the mic, sang something super sad, and that was it. The moment we heard it, we both looked at each other and knew in our soul and gut that we had something. That something turned out to be the hook of the song u r. It was magical.

The most important thing that I was people to know or take from my art is that I do what I want and what makes me feel right. I accept myself in the good times and the bad times. I want to encourage people to do the same and embrace themselves and who they are. We are all humans in this world and we came into Earth the same way, yet we are all different based on social and environmental influences. We have to accept ourselves and accept others. That is how we can help each other live better and kinder in this galaxy.

Born and raised Little Village, Mán Cub is an emerging solo artist who’s no stranger to Chicago’s alternative music scene. Once the front man for Brother Star Race, Mán Cub hopes that a greater focus on his personal art will mean more honesty in his music and new connections with familiar communities. Much like Décima, his vocals are a powerhouse in his latest songs with producer BoatHouse. Songs like “Feel The Love” show a willingness to step outside limits of genre and deliver a message of vulnerability. 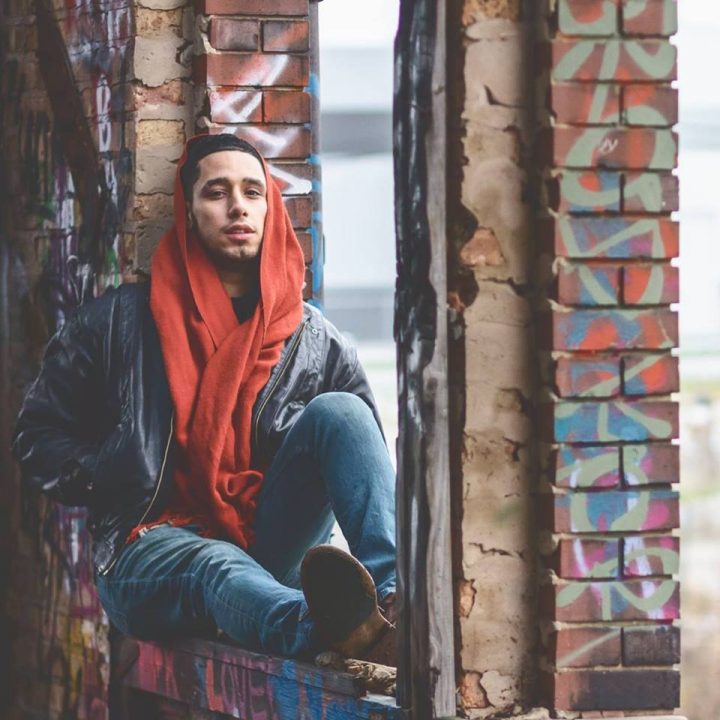 Mán Cub with an accent on the a. What’s the inspiration behind the name?

The name comes from Rudyard Kipling’s The Jungle Book. I enjoyed the Disney movie immensely when i was a kid, and It wasn’t until I was thinking of a new name for myself did Man Cub begin to resonate. Man Cub reminds me of my dichotomy. Just like Mowgli, who was a human raised by wolves, I am a Latinx person raised in American society. I am a part of the jungle that is the city of Chicago, sometimes I feel like I belong, other times, I’m reminded that my origins lie elsewhere.The accent on the a lets me blend the lines between both halves

You were previously the front man for Brother Star Race and had a good following in the DIY music scene. Where do you hope a solo pursuit might take you?

I hope a solo pursuit will help me find the truth. About myself, about my surroundings, and about my relationships. The past year has been riddled with hard times, I’ve grown apart from close friends, I nearly lost my life to gun violence, and I was let go from my job after I spoke out against some unethical practices. Those experiences have shaped my lens, and that new vision has started to alter my heart. So now, Im embarking on a journey to the truth. What does it all mean? Im not sure. But I know that Man Cub will help me get there

Your music fits the “alternative rock” category but there’s an operatic element that I think is unique and prominent in songs like Pieces and Feel the Love. What do you want people to know about your sound?

I want people to know that my sound is an invitation to be openhearted. My music is loud and rhythmic, like a chant or a prayer.  I want people to get lost in it and then leave their heartache and woes in the ether. 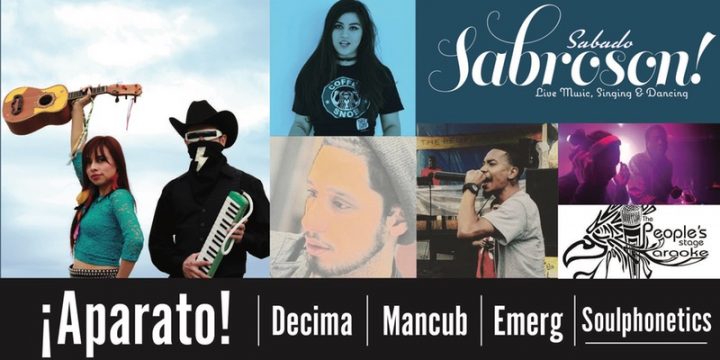