Vans, the original action sports and youth culture brand, partners with world-renowned punk band, Rise Against, to announce two surprise shows at House of Vans Chicago on April 21 and House of Vans Brooklyn on April 24. As long-time collaborators, Vans is honored to host Rise Against on the House of Vans stage. 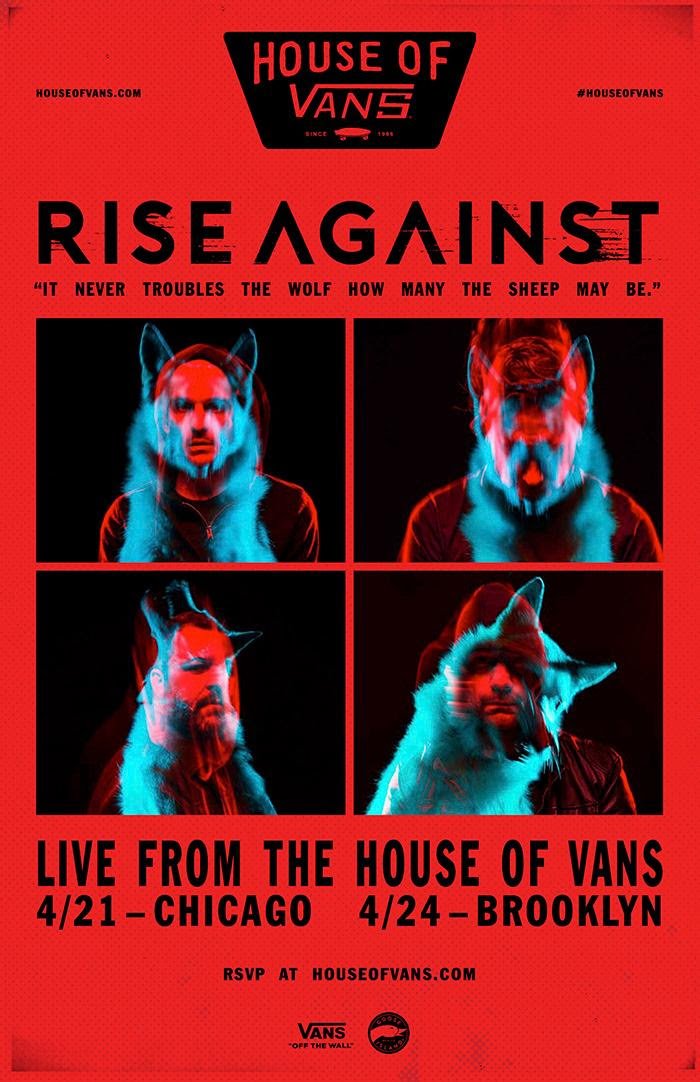 Throughout its career, Rise Against has kept its moral compass steady, using its international punk platform to speak out for social justice. Their music will be brought to life through Vans’ “Off The Wall” culture in a truly one-of-a-kind experience. The Rise Against performances at House of Vans Chicago and Brooklyn are free to the public and tickets can be claimed via ballot system at www.houseofvans.com now.

About Rise Against
Rise Against’s Tim McIlrath (lead vocals/rhythm guitar), Joe Principe (bass), Zach Blair (lead guitar), and Brandon Barnes (drums) have been in the studio and will be unveiling new material soon. The band will join Deftones on an extensive co-headline tour this summer, which will kick off on June 9. The Black Market (Interscope Records), Rise Against’s 2014 album, hit No. 1 on the Alternative, Top Rock and Hard Rock albums charts in the U.S. and topped album charts in Argentina, Brazil, Canada and Germany. Alternative Press said, “Whatever meaning you take from them [the songs]…one thing remains solid-the sheer heart with which they were forged and the very visceral emotion they contain” and Kerrang praised the album as “a magnificent wake-up call.”