This is our last weekend to catch Karen Zacarías “Destiny of Desire” at the Goodman Theatre, which accomplishes the feat of highlighting issues regarding race, gender and class politics into a telenovela-structured musical comedy.

The story is based on a deliberate swap of two newborn girls in a Mexican hospital; one destined for a life of privilege and the other into hard and unremitting poverty. Along the way, classic telenovela style, much madness, outrageous coincidences, confusion and mayhap ensue. 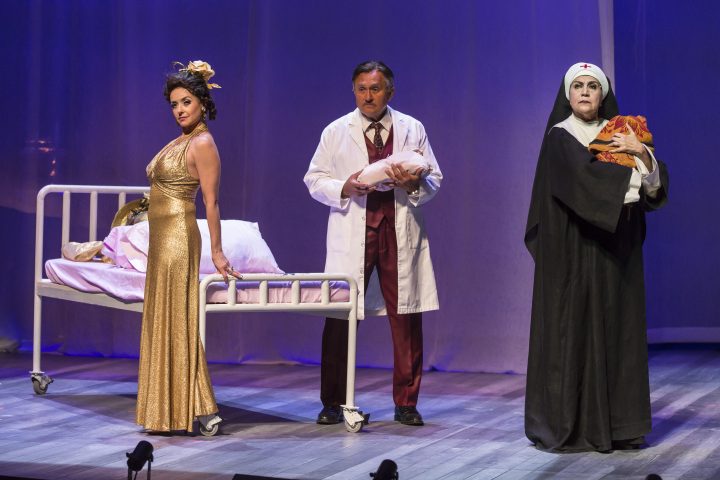 It’s not just a telenovela, we note, as the madcap comedy is tempered by aptly placed social commentary in the voices of different characters. Also, the music itself is a main character, propelling the story through a Latin smorgasbord of beloved genres including tango and cumbia.

The story is masterfully soundtracked by the compositions of Rosino Serrano pianist, musical director, composer, arranger, orchestrator and producer, who amongst his many accomplishments has scored numerous films, including “El crimen del padre Amaro” [The Crime of Father Amaro] , the highest grossing film in the history of Mexican cinematography.

Serrano, who also plays the music live during the performance of “Destiny of Desire”, sat down with us to discuss how he composed the pieces and the process of creating the musical motifs that become acoustic signatures for different moments and characters in the play.

Take a listen below to that part of our conversation with Serrano:

This weekend’s “Destiny of Desire” performances are Friday evening, Saturday matinee and evening and Sunday matinee. Use the codeword “PASSION” to snag a 50% discount!