There’s an art to listening, and when it comes to a conversation, it becomes an act of connection. There is also the joy of listening and when it comes to music, “When listening to what might be called ‘peak emotional moments’ in music, it causes the release of the neurotransmitter dopamine, an essential signaling molecule in the brain,” explains Professor Robert Zatore to The New York Times in “Why Music Makes Our Brain Sing.”

As a writer, those dopamine levels are fueled when finding music that not only achieves those peak emotional moments but also provides the stimuli necessary to make the words flow. This happens when there is engaging lyricism along with a bounty of global sound textures ensconced in vibrant aesthetics. This happens when you listen to Monsieur Periné.

Basking in the glow of recent accolades (Latin Grammy Award Winner: Best New Artist), the genre-breaking trio kick off their new US tour tonight with a performance at Thalia Hall.

Rooted in gypsy jazz, as a celebration of jazz great Django Reinhardt’s music, Monsieur Periné is able to charmingly drift through different eras of sound. Referred to as ‘swing a la Colombiana’ the band is able to swiftly connect you to La vie Parisienne while at the same time luring you in with rhythms and genres from all across Latin America including tango, samba, son and cumbia.

I get connected to Catalina García, lead singer of Monsieur Periné, in a telephone call from Colombia. We discuss the band’s success, the connection to their music on a global level, and how much they’re looking forward to creating new music, especially with others, after the success of their second full-length release, Caja de Música, which was produced with the help of Eduardo Cabra (Calle 13). 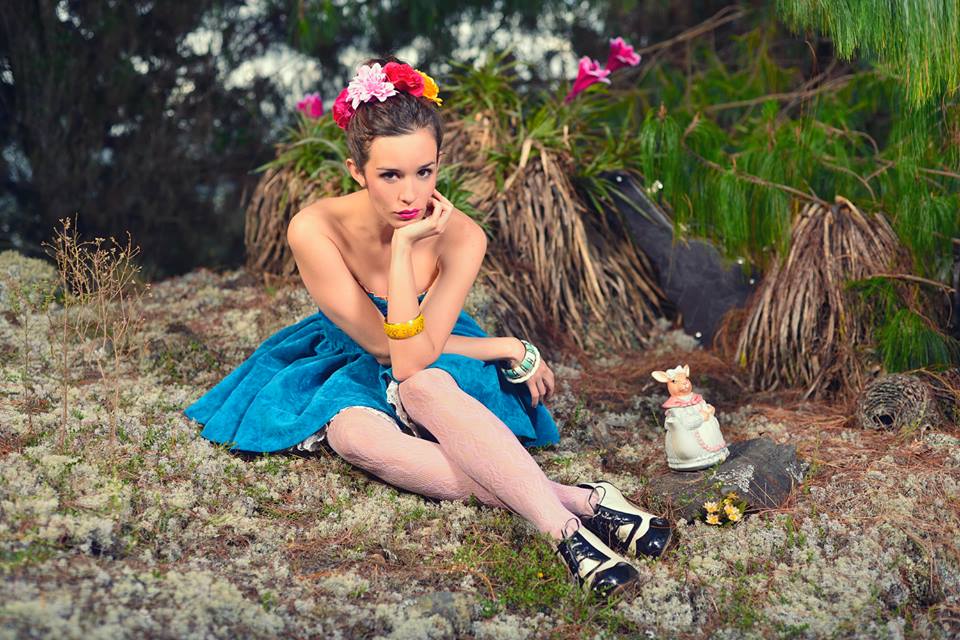 I begin our conversation by asking Garcia about the title of an L.A. Weekly article (featuring her interview) which reads, “Perine’s Sound Is So Unique, People Don’t Realize They’re Colombian.”

“It doesn’t bother me but we make music without the need to give it a name or an identity. Our country is naturally linked to DNA and its origins have to do with other parts of the world. I also think that sometimes it’s believed that the music is only, I don’t know, reggaeton, vallenato, but it’s very diverse. There’s enormous musical variety.”

This is especially true when it comes to her band’s music. With inclinations toward sounds that stimulate happiness, provoke movement and create dialogue (particularly from listeners not being able to quickly identify, aka assume, the band’s origins) Monsieur Periné’s music can easily be used to define the musical idea for ‘alternative to the alternative.’

Although it may seem to some as though the band appeared out of nowhere, they have been together since 2007, achieving Gold status on their first release, Hecho A Mano, which debuted in 2012. The principal trio is formed by Garcia, Santiago Sarabia and Nicolas Junca with additional assistance from musicians Adinda Meertins, Miguel Guerra, Darwin Paez, Jairo Alfonso and Abstin Caviedes.

In this magical box of music they share the joys and discoveries of performing in other countries for festivals like Chile’s Lollapalooza, Holland’s Festival Mundial or Mexico’s Vive Latino.

ST: The band has composed and created the music for the first two albums. Are you thinking about including other composers and collaborators for future recordings and when it comes to the technical side, have you discovered new elements you might include?

CG: We’ve always wanted to compose and collaborate with other artists. We love learning from and making music with others. We’ve been working on some songs and have definitely invited a few guests and special friends so we’ll see what happens. We definitely are always looking for new ways to make music that continues to make people enjoy what we do. 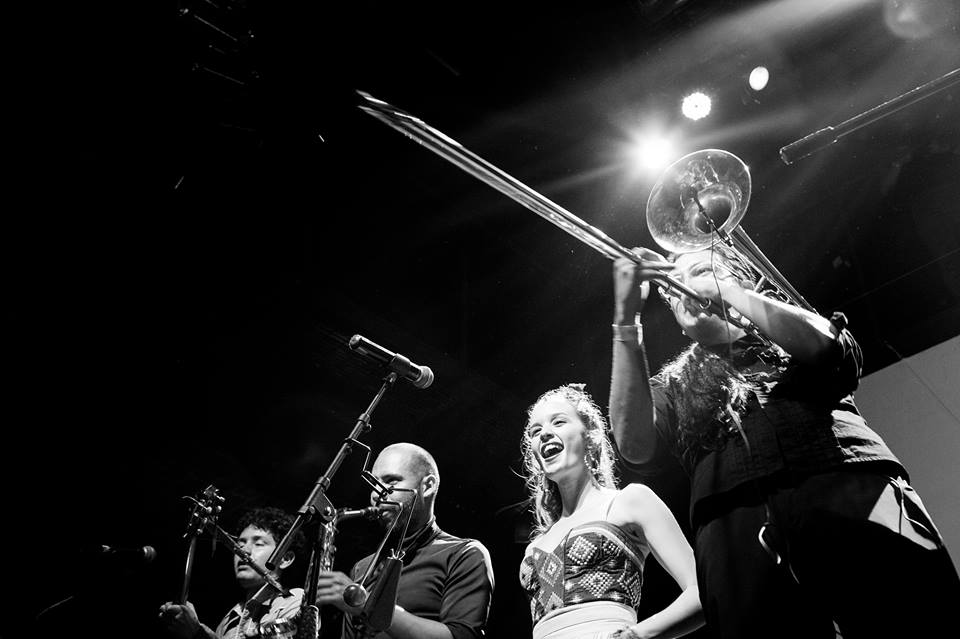 ST: You’ve always had a strong following and now with the success of Caja De Musica is there an added sense of pressure or responsibility when it comes to creating new music as well as your performances?

CG: Not really because we’ve always done this simply because we love to do it. We love to play and playing live is one of the best feelings in the world. I think that an album is like a motor for people. It helps them connect to us in that way and then it also helps them connect with us when they see us performing in person. It allows us to all sing, dance and share together in concerts. That’s my favorite part of it… connecting with people through our live performances.

ST: What is the most important thing you’ve learned about yourself after so much touring?

CG: (She laughs). I’ve learned how to pack better so I can travel with less stuff.

ST: In that same interview with L.A. Weekly you mention the opportunity you have to showcase Latin music, art and culture as well as bringing awareness to social and political issues. What are your thoughts regarding recent changes to immigration policies in the US?

CG: We are inhabitants of the world and everything moves with us. It’s truly a tragedy to see this going on. It’s awful to see the many problems this is causing and the desperate emotions it’s stirring. We aren’t born to hate. There is so much more to do and live for and this happening is terrible.

ST: March is designated as a celebration for women and their history. What words of wisdom can you provide to all those females that look up to you?

CG: I feel very fortunate to have been born a women. We have a beautiful function on this chaotic planet. We are porters of life. We have the capacity to transmit sensibility and feminism. We are also capable of creating conscience through whatever means we choose to express ourselves.

For me, music is that conduit and it not only reflects my passions and emotions it also allows me to empower my life and construct my life the way I want it to be. We have that power. You have that power. You are capable of being the sole director of how you live your life. Surround yourself with projects that make you feel powerful and grow through those. Nurture that. Recognize what makes you feel passion and grab hold of it.

Tonight, let the passion for new music grab a hold of you and head over to Thalia Hall for a mesmerizing dose of Monsieur Periné.