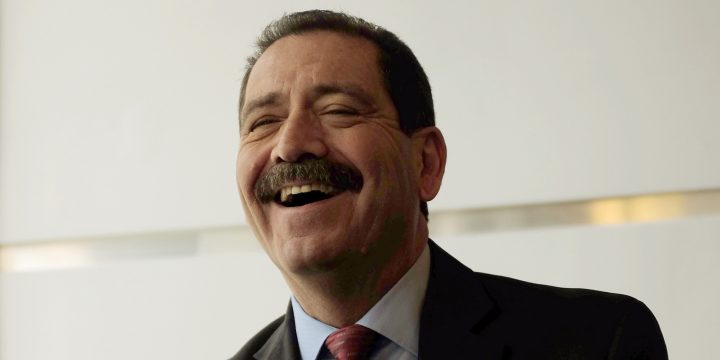 At 2:26 PM, Garcia’s official Facebook page posted the following: “2 years ago we shook Chicago with your support. Where will you be in 2 years?” The post included a link to a USA Today article detailing how Garcia forced incumbent Mayor Rahm Emanuel into Chicago’s first mayoral run-off election in 2015 despite beginning his campaign three months ahead of Election Day and being outspent 12-to-1 in the primary.

Garcia could not be reached for comment at this time.

The 2015 run-off election launched Garcia into the national spotlight. His campaign was celebrated as a victory for working people in Chicago and was endorsed by major progressive organizations and figureheads, including Sen. Bernie Sanders. (Garcia later returned the favor by becoming a campaign surrogate for Sanders in Illinois, Iowa, New Hampshire, Nevada, and Arizona.) Garcia ultimately lost to “Mayor 1%” by 73,609 votes, a small margin considering that Emanuel had the support of the city’s political and economic elite, an endorsement from President Barack Obama, and a war coffer of more than $23.6 million.

Since his defeat, however, Garcia has positioned himself as the Emanuel’s worst critic and as a champion of Chicago’s neighborhoods. Today’s Facebook post comes four weeks after Garcia lambasted Emanuel in an interview with the Sun-Times in which the former community organizer argued that the mayor “wears the jacket for the 60 percent surge in homicides and shootings” for not honoring his promise to hire 1,100 more police officers. Garcia also criticized Emanuel for enacting $1.2 billion in tax increases since the election, seemingly covering up the killing of Laquan McDonald, and the next round of massive Chicago Public Schools budget cuts. Garcia has also used his political clout to promulgate progressive allies in Chicago’s city council and the Illinois state senate. Most notably, he was a critical component in establishing the multiracial coalition

that elected Theresa Mah, the first Asian American in the Illinois General Assembly.

In that same interview, Garcia stated that, if he were to run again, he would make his announcement sometime this summer and would seek to raise between $10-$20 million. But today’s Facebook post leaves little room for doubt. By 5:00 PM CST, hundreds of supporters had liked and shared the post using the hashtag #Chuy2019.

With the election of Donald Trump, cities across the country have vowed to defend their citizens amidst the threat of deportation and persecution from federal agencies and stand in opposition to the president’s agenda. Garcia, an immigrant hailing from Durango, Mexico, has routinely criticized President Trump’s proposed policy initiatives. On Inauguration Day, he spoke to a crowd of hundreds protesting at Daley Plaza, and was seen greeting supporters at last week’s Day Without Immigrants march and rally. In July 2016, Garcia led a protest at a Trump fundraiser held in Chicago. “We do not welcome Donald Trump to Chicago,” he said at the time. “We don’t welcome him because of the hateful and divisive rhetoric that he represents. To elect him president of this country would be disastrous. It would be a setback for Chicago, and Chicago cannot afford to go back.”

With the McDonald case behind him and a promise to protect the city’s immigrants from Trump’s deportation machine, Emanuel currently enjoys relatively stable political footing. But the city’s progressive wave, fueled by the election of Trump, is not very fond of the mayor. And, as pointed out by John Nichols of The Nation, Garcia’s first mayoral run was more successful than Harold Washington’s, one of Chicago’s most prominent progressive political figures who, in 1983, became the city’s first African-American mayor.

With Trump as president and the city politically galvanized in search of a progressive resistance, Garcia stands a good chance at upending the corporate Democratic establishment in Chicago.