Latin@ luchador fans will appreciate today’s Google Doodle, which salutes legendary luchador “El Santo” on what would have been his 99th birthday.

During his 50-year wrestling career, Rodolfo Guzman Huerta brought the sport of lucha libre into the mainstream. He starred as his alter ego El Santo in dozens of films, and “Santo comics” became their own comic book genre. El Santo’s talents and mystique turned him into a legendary folk hero. He famously never removed his silver mask in public, lest 10 days before his death in 1984, when he finally removed the mask on a Mexican talk show.

Check out all the doodles from the series: 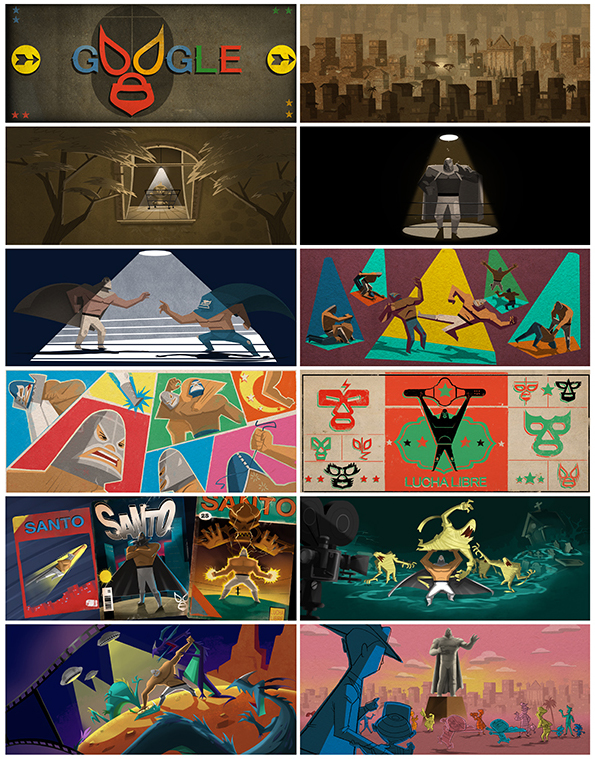