This gathering was held the first twelve years in Wicker Park/Bucktown, where Silver Room was also located. The festival then turned a couple blocks into a party of all-ages dancing, food vendors to boot and a face painting station. Last year, the Silver Room relocated to the south of Chicago, in Hyde Park. The annual party didn’t end up happening last year, but returned this year with nine gathering spots to chill, eat, dance or do all three at once: 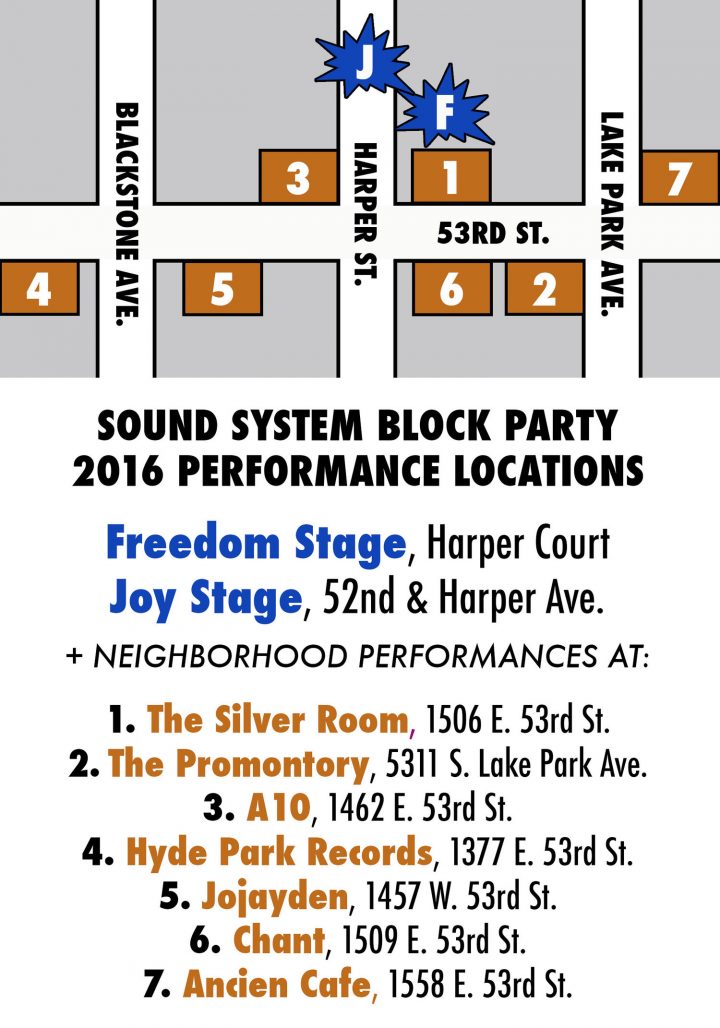 The day was breezy with a temperature of seventy-nine degrees; with the locations of the party being indoors and outdoor, everyone appeared comfortable no matter where they were and what part of the block party they were enjoying. The Ancien Cycles & Cafe hosted poetry and spoken word, and the outdoor stage brought the return of the magnificent House DJ Ron Trent. House music was definitely in the house, as Chicago is its birthplace. The many tabling organizations included The Frankie Knuckles Foundation, in honor of the house DJ who passed away in 2014.

The festival’s theme was ‘Freedom, Love, Joy and Peace,’ and these themes couldn’t have come at a better time. MCs talked about how we can join in peace and have a gathering with a safe good time. The vibe was positive and passionate, as The Highness Collective (T.H.C.), a local band with revolutionary and hopeful lyrics took the stage at the Freedom Stage, located at 52nd and Harper St.

In between the band and DJ sets, tunes like “1, 2 Step” by Ciara and Missy Elliott played, keeping the party never dull. From 12 to 10PM it was non-stop, with a chance to continue to moving your feet at Official After Party, held from 10PM to 2AM at The Promontory, which is home to such gatherings like Party Noire.

Everything was right with the mood, the people, the artists, selling everything from bow-ties to silver bracelets from Kenya and the vittles from ribs to vegan cornbread. It looks like, according to social media opinions, the only thing that was wrong with it was that it lasted only a day, instead of two.

If you missed this great event, be sure to see the slideshow of photos and watch some of the magic!