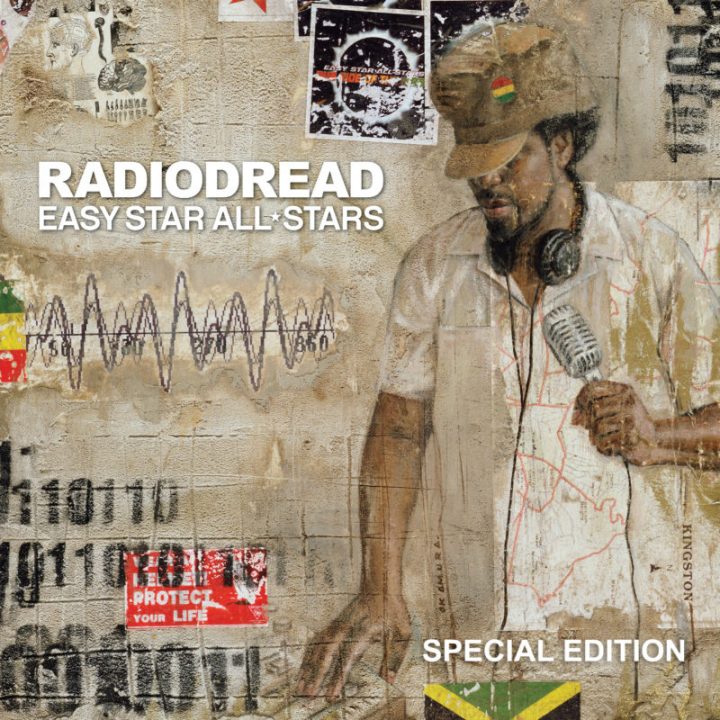 From its inception, Easy Star Records have paved the way for progressive reggae to reach a broader audience. Their first reggae tribute album, Dub Side of The Moon, a reggae reimagining of Pink Floyd’s Dark Side of the Moon, was a breakthrough success that established Easy Star Records, the Easy Star All-Stars, and producer Michael Goldwasser at the forefront of modern reggae music.

Two years later, they followed it up with Radiodread (2006), a revision of Radiohead’s OK Computer, which earned acclaim from Pitchfork, Rolling Stone, LA Times, and the ultimate endorsement from Radiohead front man Thom Yorke himself.

On the album’s 10-Year Anniversary, Easy Star Records is offering a Special Edition release of Radiodread set for release on August 12, 2016. The album features a bonus track, “High and Dry” from Radiohead’s The Bends, performed by GRAMMY-winners Morgan Heritage. Pre-order the album here (http://easystarallstars.net).

Even after ten years, Radiodread sounds fresh and relevant. COO and co-founder Lem Oppenheimer enthusiastically states, “I think the album still resonates because it’s so damn good and [producer] Michael [Goldwasser] did an amazing job on the arrangements, especially considering how tricky the record is with time signatures. We got some really great guest vocal performances, too – Toots, Citizen Cope and Frankie Paul to name a few. It was great to turn on a lot of reggae fans to this great album by Radiohead and then to turn on plenty of Radiohead fans to reggae.” The choice to cover Radiohead after Pink Floyd didn’t seem like the logical next move for Easy Star, but that’s what makes them continue to push the envelope. CEO and co-founder Eric Smith elaborates, “One of the main reasons we went with OK Computer is that we wanted to avoid going with the more expected choice, like another Pink Floyd album or another mega classic rock album.” He adds, “Reggae has always tackled dark subject matter, but manages to do it in a way that still conveys hope at the bleakest moments. Radiohead’s approach is similar.”

Easy Star All-Stars plans to work on another tribute album in 2017, but details for the project are still in their early phase. In the meantime, you can catch the band fresh off their UK and European tour with U.S. dates starting in August throughout the Fall consisting of Radiodreadheavy sets.