This country has been at its tipping point for too long, and you hold the power. I come to you pleading once and for all: USE YOUR POWER FOR GOOD.

What are you doing with your power? Are you proud of what your power perpetuates?

On Sunday afternoon, mere hours after the tragic events that took place in Orlando at Pulse, my wife and I followed through on our previously scheduled party celebrating our daughter Rosie’s 3rd birthday. I had a blast seeing the family and friends we had made the trek for (back from California) to be closer to on a regular basis. I enjoyed conversing with everyone.

I might actually trade in the love of family and friends for real deal, actual, hard core world peace (and of course, in doing so, I would actually get my initial trade asset back by definition of peace, so haha on you, hypothetical trade partner!). But as much as I was “in the moment” and “living in the now,” I felt myself distracted and heavy-hearted thinking about the tragic events that took place last night in Orlando. I know many people were, as well, but I was putting together these words and outlining my personal experience with that of those most directly affected by the heinous attack on life, love, and the pursuit of happiness. Anyone who knows me knows that I stand for peace, individualism, equal rights for all beings (including our animal friends), intellectual thought, love, unity and respect, among other things.

It wasn’t until late in the night after a few drinks that I was able to articulate fairly adequately, among other straight white men, the struggle that many face on a day to day basis – be them black, gay, female, transgender, Muslim or whatever aka not straight white males aka not those who have ruled this country for centuries. 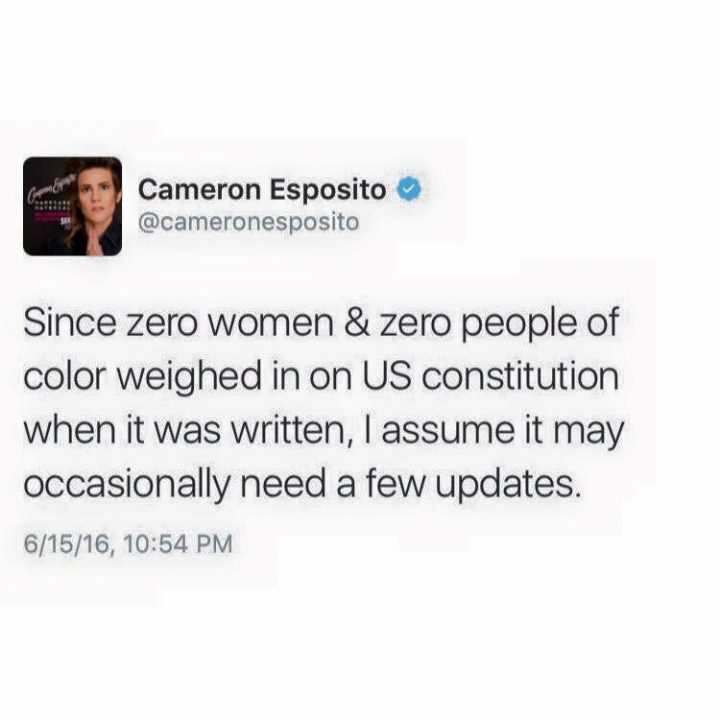 The task at hand seems daunting: convince straight white men to grasp the struggles that others unlike them face day to day, hour to hour, minute to minute, second to second. If allies can be created through these types of conversations, I encourage you to have similar conversations with your older generation of relatives. It may be the only way we truly get to a point of spiritual revolution and realize our true potential as humans. And isn’t that what it’s all about?

Convince them that being different is ok. Promise them that it is. Reinforce that point over and over again in your conversation. It’s ok for us all to be different. DIDN’T WE LEARN THIS IN KINDERGARTEN?!?

Welcome. Don’t just tolerate.
I am guardedly happy to report back to you that I was able to break on through to the other side! We even came up with some decent slogans for straight white men to incorporate into their mantras. One of which was, not to be understated: “Stop Being so Corrupt.” Simple. Zen. Powerful in its simplicity.

I was pleasantly surprised at my ability to express some thoughts that have gone relatively suppressed over the years among similar company, but I have come to the realization as I’ve gotten older and matured, that the only way this country is going to change its ways (something WAY overdue) is if the straight white men who are in power start to really think about the decisions they’re making, the policies they’re enforcing (and not enforcing), the conversations they’re having (and not having), the root of the money they’re dependent on, and the different types of lives existing in this country that are affected (infected) by all of the above.

Think about this at your next family party, and I challenge you to initiate an electric conversation with your loved ones over drinks. Open their minds by opening the dialogue.

If there’s one thing I know you love it’s The Beatles. Why don’t you heed their advice and allow everyone, I mean EVERYONE, to Come Together. Right. Fucking. Now. Over Orlando.

What are you doing with your power? Are you proud of what your power perpetuates?