Lima’s own singer-songwriter-composer, Bumbac Joe, whose credits include producing and DJing, just won Best Local Dance Music Producer in The Reader’s Best Of Chicago edition. Tonight, he celebrates the release of his new 7” record, Hot Revolution. 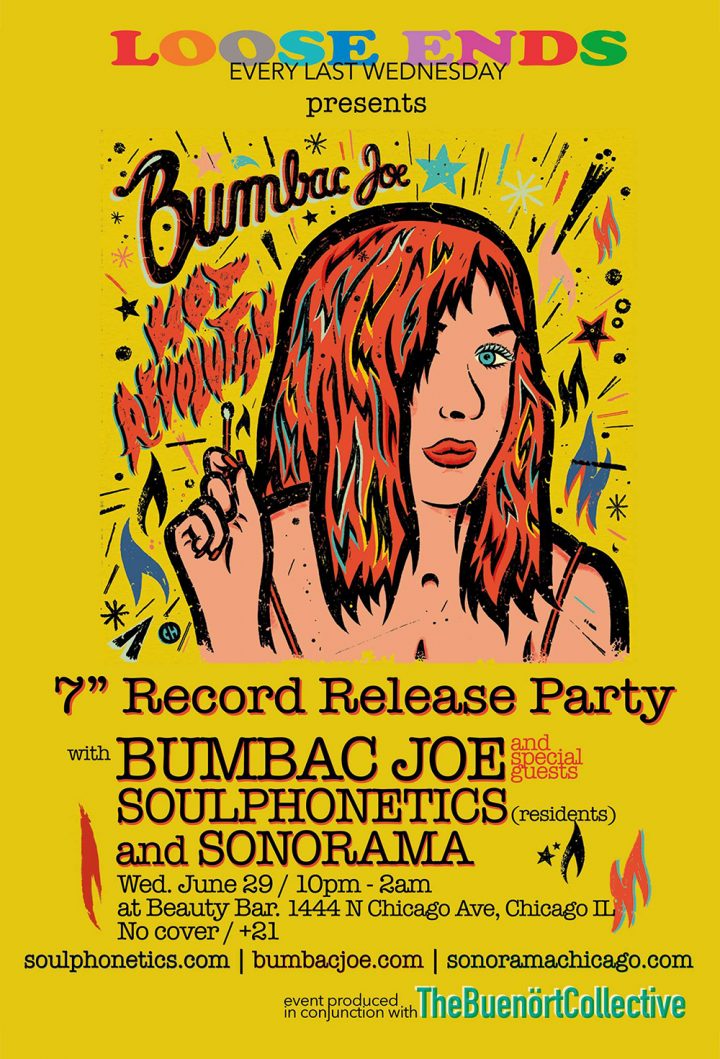 I’ve been enjoying the Hot Afro-Peruvian Revolution that Bumbac Joe dropped on us with the debut last year of his four song EP, Hot Revolution, which he told us was his “cover letter to the local scene,” and his first original work created in the US. Tonight, he’s upped the ante with more new work, released as a 7” record, through Chicago label Sonorama Discos. 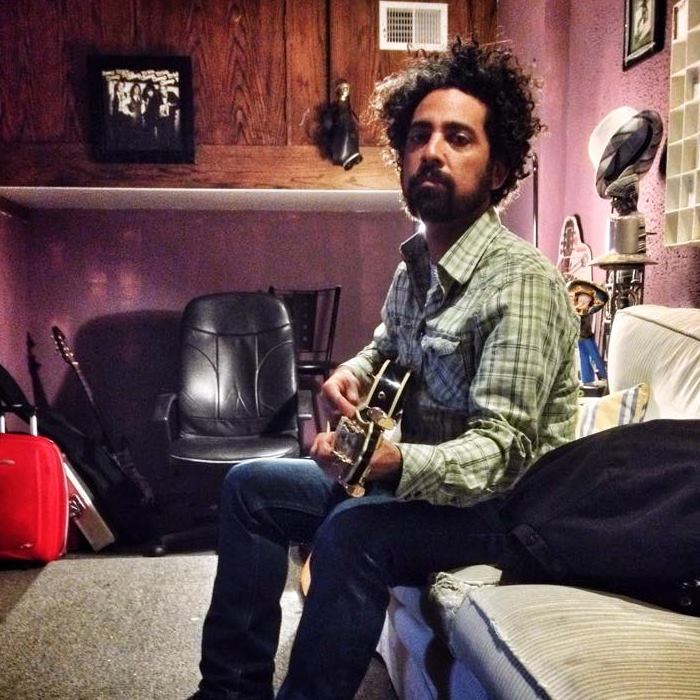 Along with a set by his record label mates, Sonorama, and the cool cats behind the monthly Loose Ends dance party, Soulphonetics, Bumbac Joe invites you to join tonight’s Record Release Party Celebration taking place at Beauty Bar.

This hot new 7”, which features art work by Chicago artist Chema Skandal, includes  freestyle Afro-Peruvian rhythms in a remix of Hot Revolution on Side A, as well as a tribute track to salsa legends Oscar De Leon and Celia Cruz with Juancito Trucupey. The song includes Juan Tomas Martinez on vox and James Julius Anderson on sax. The digital version of both tracks is available here.

Bumbac Joe is making tonight’s celebration even more special with guest performances by Diana Mosquera of ESSO Afrojam Funkbeat on vocals, along with her father, famed Colombian musician, Diego Mosquera, on percussion.

Please note and come prepared, y’all, because the 7” will be available tonight during the show. You must take one (or three) home!