As a child I hated my mom, just as she hated my grandma and my grandma hated her mom before that. I come from a long line of motherhaters.

My mom was born somewhere else, in another world, which is the best way to describe it. I’ve been to the village in the mountains outside Tegucigalpa, a nowhere in the middle of nowhere. Even today I forget that despite her accent having almost completely disappeared, deep inside there’s still a seven-year-old girl from rural Honduras. I wonder if she dreams of the chipped concrete house and the green lagoon with ugly black ducks. I wonder if she can feel the ground under her bare feet, if she can hear the rain drumming against the leaves, or if she craves an hojuela with strawberry syrup. I know she does.

But when I was a kid I didn’t wonder any of that. All I knew (or thought I knew) was that life was hard, and since Mom was the one who stuck around, she bore most of my resentment toward the world. “I never asked to be born!” I would tell her. “You had me too young!” Ignorant people are much more vocal than smart people.

I hated Mom because she wasn’t Superwoman, which is what all boys want and expect their mothers to be. A privileged few aren’t forced to abandon the mirage until well into adulthood, when maturity brings strengths which reveal a parent’s flaws. Poverty, on the other hand, strips a boy of his delusions real quick. I was convinced early on that my mom was no Superwoman, not like some of my classmates’ moms seemed to be. Superwoman could fly and bend steel beams, and the moms at school picked their sons up in shiny SUVs and took them on summer and winter vacations, whereas as my mom struggled just to put food in our bellies, clothes on our backs, and a roof over our heads (though she was super with a chancla). And so I was angry at my mom because I’d realized she wasn’t going to save me, not in the way I wanted to be saved, though, by taking me, my brother and sister away from the city — and especially Dad — she’d already saved me in ways I wouldn’t fully understand for a long time.

Nonetheless, around the age of 15 I concluded that both my parents were failures — not only as parents, but as people — and that Mom had no more to teach me than Dad did. Ten years passed more or less like that.

A crucial thing happens as you get older, however. You begin to see things as they are. Mom, long since stripped of her cape, turned out to have been a woman all along, which makes everything she pulled off all the more astounding. She came from Honduras as a girl, adapted, became a teen mom, raised two boys and a girl on a slave wage, with no car, and in the face of constant opposition from her eldest, smart-lipped, idiotic son (and her other son was less a saint and more a pyro). There’s no way I could’ve done what she did. There’s no chance I would’ve even survived it. Sure, you could say that, had I been forced to, I might’ve done exactly as she did. But I’m hoping I’m never tested like that.

My mother is a human being. She exists. She has dreams and fears, hopes and doubts. She lives. She loves. Not just my siblings and me, but her boyfriend, too. She works and takes pride in doing her job well. She has memories, ones I don’t remember, ones I can’t remember, memories which have nothing to do with being my mom. Her bones ache, her feet hurt, but her heart remains open to me. Her hands have always been stronger than mine, and more useful. I know history, philosophy, literature, politics and economics, but she knows magic — the real, invisible magic of mothers. Plus she’s a much better mom than I am a son.

The banana grows more prideful with each inch upward, thinking that because he’s beaten every challenger thus far — the wind, the rain, the heat — he must be special. He isn’t a mere clone. He didn’t fall victim to the diseases threatening his roots. He’s the banana. “Look at how big I’ve gotten!” he boasts. “Look at my glistening leathery peel!” He wants to be picked so the world can taste his deliciousness and know how exceptional he is. He gives no credit to the corm that birthed him, the pseudostem that held him up, or the frond that gave him shelter and took the beatings.

Fruit never give enough credit to their mothers. 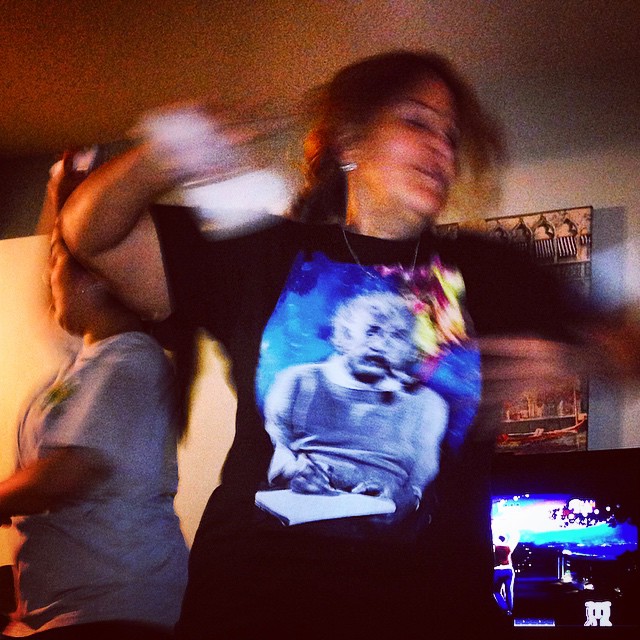