Generacion Suicida will be in Chicago for the first time! They perform at Chop Shop at the end of the month. 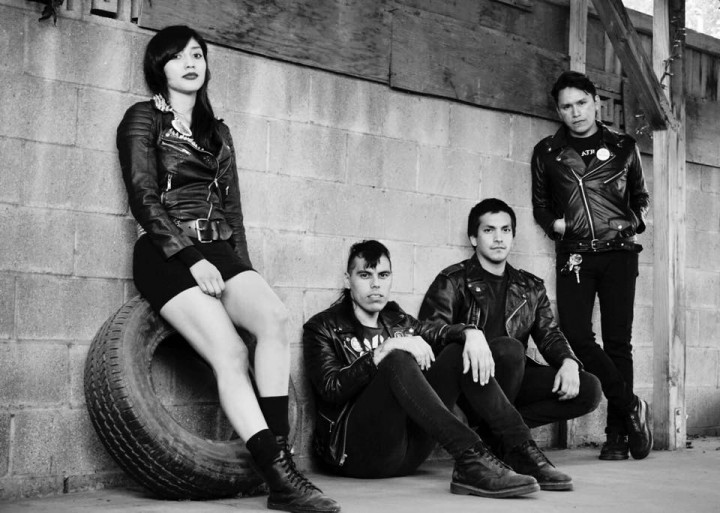 We spoke with guitarist/vocalist Tony via email and asked him about the band’s plans for 2016, new recordings and why they choose to play this particular style of punk.

Tell me more about the band’s choice to go with “melodic KBD style punk”?

There’s not really much to tell. Before we started GS, we were all in other bands that played in a more hardcore style. We decided to start something that would sound different from all the other LA bands at the time. I think that really helped us out, because when we played shows we stuck out. At first people didn’t really know what to make of it. Some people even said we weren’t punk haha! When I think KBD punk, I think “Lo-Fi, garage style, aggressive, melodic, punk”. Almost like the B-Side of every great punk single. That’s what I think of when I hear GS.

As you tour, what would you say are the major differences you’ve noticed in punk communities?

Something we’ve learned through touring is that punk is interpreted in different ways by various people. Punks in Europe, for example, use punk as a political vehicle for their ideologies. They live in squats, help refugees, set up shows, help feed people in need, etc… It’s completely different from punk in the USA (although, I think the punks here are slowly starting to shift more into that direction). Punks in South America, on the other hand, are like rabid fans. They set up shows and help you out with places to sleep and eat, but it’s way more chaotic. From the moment you step off the plane, you are bombarded with punk photographers and people asking you to sign their flyers or records. Everyone wants to take a picture with you. It’s overwhelming at times, to be honest. There’s no real talk about politics within the punks in South America, but they view punk as more of a cultural thing. They have punk swap meets, festivals, and they’re extremely proud of all the bands that first started playing punk in their country. Within the USA, I would say that the punks lean towards punk as a more cultural thing.

The band said something really important in an interview for LA Weekly and I want to know if this has changed or evolved in any way? —> “DIY is all about having total control over what you’re creating. We look up to the Ramones. They never stopped touring and that’s really the only way to make it as a DIY band. That’s how you get the funds for new equipment and records. […]”

DIY is very much all about having total control over your work. We’re not signed under any labels or have any kind of sponsorships, and that’s OK. We use any money we make from touring or merch sells to fund more tours and buy more merch. It’s a never ending cycle. We all have day jobs, but we use the money from our regular jobs to pay rent, bills, food, etc… We organize our own tours, our own shows, and our own recordings. We also set up shows for other bands that are coming through LA on tour. The best part is we can do it all our own way. 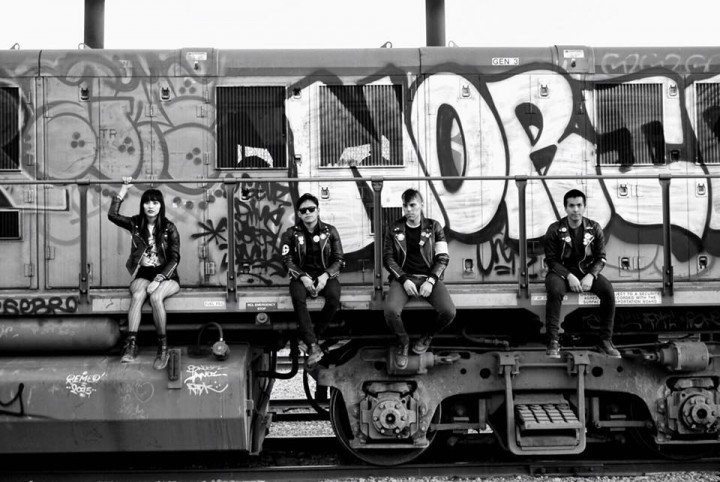 Do you continue to host DIY events in the same location and have possible tensions among outsiders (gangs, etc) changed?

Yes, we still host DIY shows in the same place and no, there are no tensions with outsiders. We’ve lived in the same neighborhood all our lives. We know everyone here. There’s no real tension with anyone unless YOU are the outsider. For the most part, there’s never a problem.

Your last EP release was in September? What are your plans for new music in 2016?

We’ve just finished up our 3rd Lp, “Sombras”. Unfortunately, it won’t be out in time for Chicago, but it should be out by sometime in the Spring. We’re super stoked about its release. It’s got more of a post/punk edge, but still sounds aggressive. We’re really happy with the way it came out. We’ll also record a new song for a 3 way split that will be released in Japan to coincide with our tour over there.

What can we expect from the band during their visit to Chicago?

You can expect lots of aggressive, melodic, fast paced punk. You can also expect us to be super cold, because we all live in LA where it is forever summer.