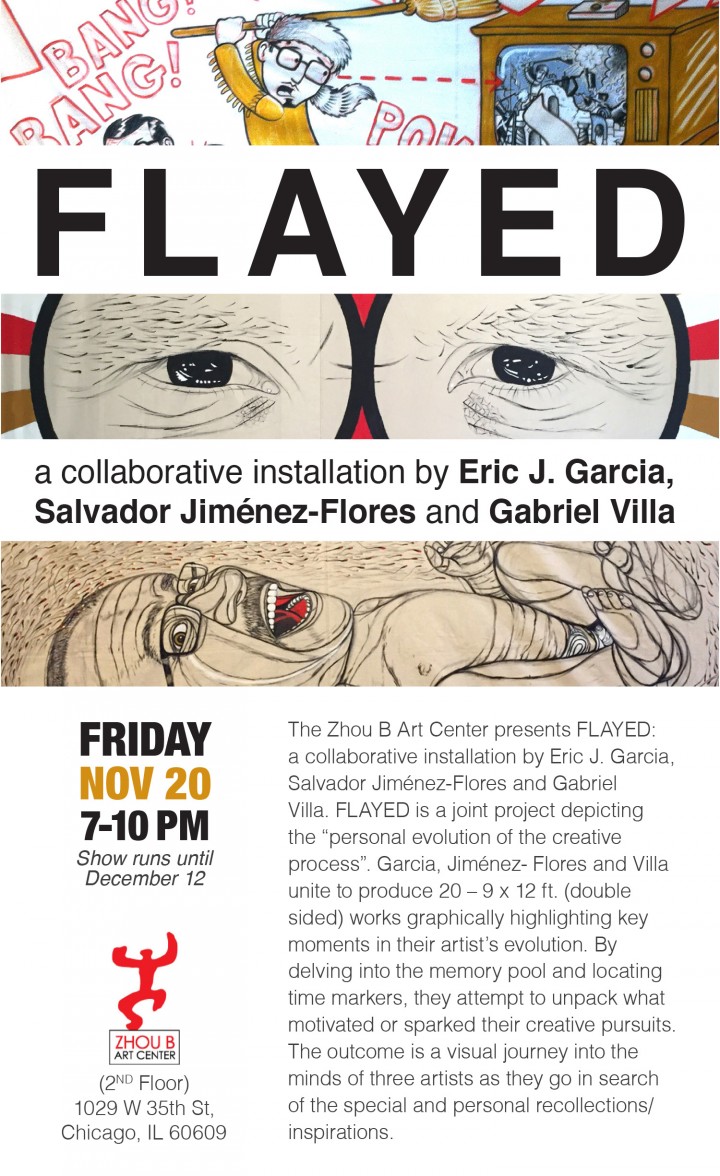 The Zhou B Art Center presents FLAYED: a collaborative installation by Eric J. Garcia, Salvador Jiménez-Flores and Gabriel Villa. FLAYED is a joint project depicting the “personal evolution of the creative process”. Garcia, Jiménez- Flores and Villa unite to produce 20 – 9 x 12 ft. (double sided) works graphically highlighting key moments in their artist’s evolution. By delving into the memory pool and locating time markers, they attempt to unpack what motivated or sparked their creative pursuits. The outcome is a visual journey into the minds of three artists as they go in search of the special and personal recollections/inspirations.

Flayed, is designed to work with architecture found on the 2nd floor Zhou B Art Center. All three artists have experience in creating large-scale murals and have brought that knowledge to this specific space. Large-scale drop cloth suspended between concrete columns introduces the viewer to oversized vignettes that are at times chronological, at times factual and at times metaphorical. Flayed utilizes art methods similar to, storyboard or comic strip to depict ideas referencing autobiographical story and memory, while the raw drop cloth hints at the remnants of bygone processes and experiences. Like a snake sheds its skin as it grows and matures, the stretched canvases are the flayed flesh of very personal experiences exposed to world. Individually created but with a collective approach and a collaborative finale, this installation is a monumental glimpse into the evolution of creativity.

Known for blending history and culture with contemporary themes, Eric J. Garcia creates art that reaches beyond the aesthetic appeal. Garcia has shown in numerous national and international exhibitions and has received many awards including the Jacob Javits Fellowship and was recently awarded the Hyde Park Art Center’s Jackman Goldwasser Residency. Born and raised in Albuquerque’s South Valley, Garcia earned his Bachelors of Fine Arts from the University of New Mexico and received his Master of Fine Arts degree from the School of the Art Institute of Chicago. He currently works in the Education Department at the National Museum of Mexican Art as the Arte Ambulante Coordinator. Eric is a member of the Instituto Grafico de Chicago, a local print collective and he is a contributor to the rich community art movement in Pilsen. Eric is a versatile artist working in a range of media, from hand-printed posters, nationally published political cartoons, to large-scale public murals, which all have the common goals of educating and challenging the viewer. 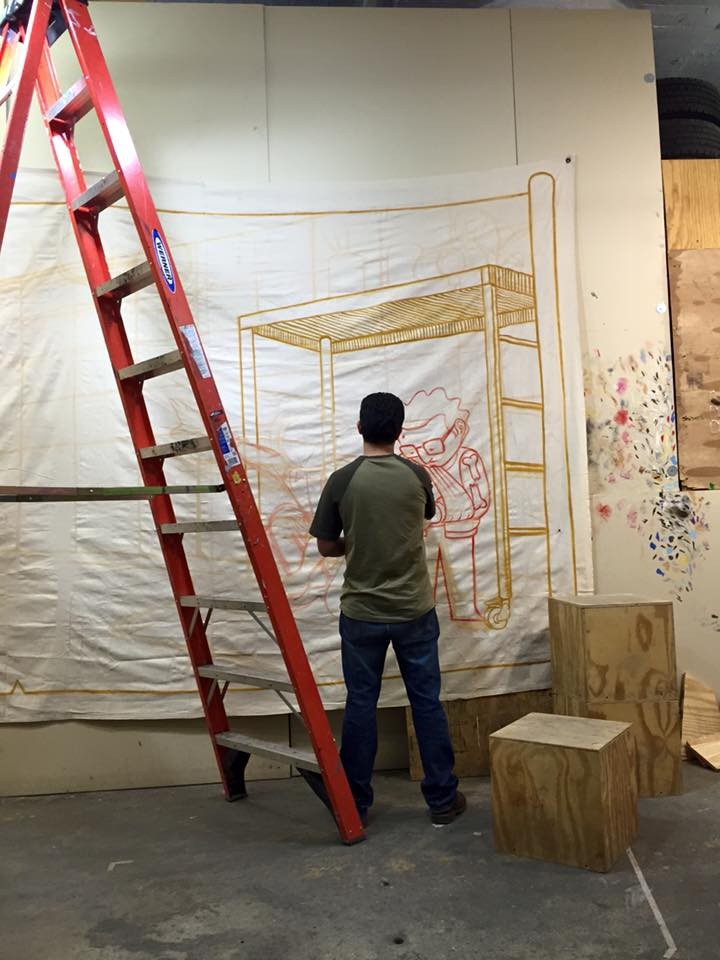 Salvador Jiménez-Flores was born and raised Jamay in Jalisco, México. Since coming to the United States, Jiménez has contributed to the Midwest art scene by producing a mixture of socially conscious installations, public art, and studio-based art. Jiménez received a Bachelors of Applied Arts in Graphic Design at Chicago’s Robert Morris University and a Masters of Fine Arts from Kendall College of Art and Design. His work has been included in numerous solo and group exhibitions nationally and internationally and has received many recognitions including most recently, a year-long artist-in-residence position at the Harvard Ceramic Program, Office of the Arts at Harvard University. 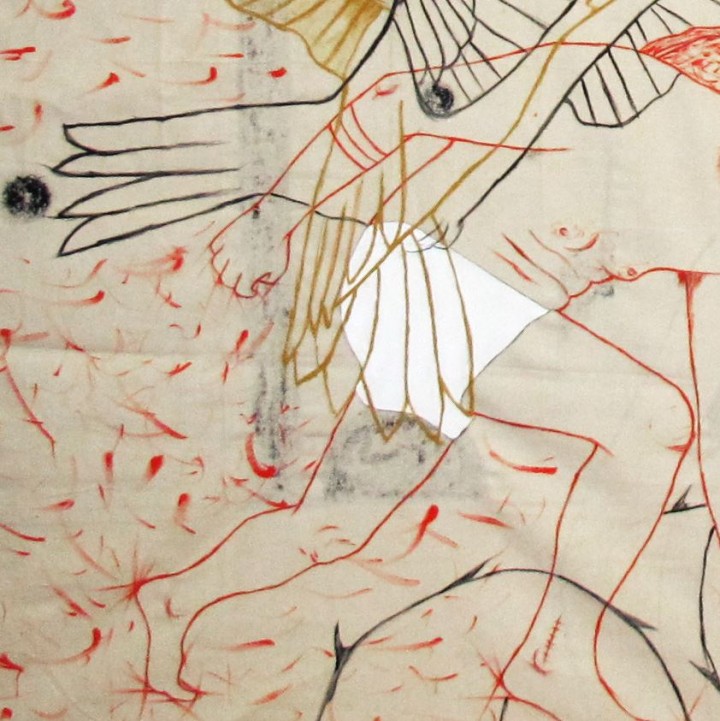 Gabriel Villa was born and raised in the El Paso, Texas/ Ciudad Juarez border region and currently resides in Chicago, Illinois, where he is an active member of the arts community. Villa received his MFA from the University of Delaware and a BFA from Corpus Christi State University-Texas A& M. Villa’s teaching practices include Visiting Artist at American University in Dubai, United Arab Emirates, Professor of foundation Painting and Drawing at Triton College, River Grove, IL, Visiting Artist at Stateville Prison, Crest Hill IL, with the Prison Neighborhood & Prison Arts Project and most recently, Foundation Drawing at Saint Xavier University, Chicago, IL. Villa served from 2005-2011 as Director of Yollocalli Arts Reach, a youth initiative of the National Museum of Mexican Art and also served as Co-Curator for the Chicago Kraft Foods Gallery from 2006-2011 at the National Museum of Mexican Art.